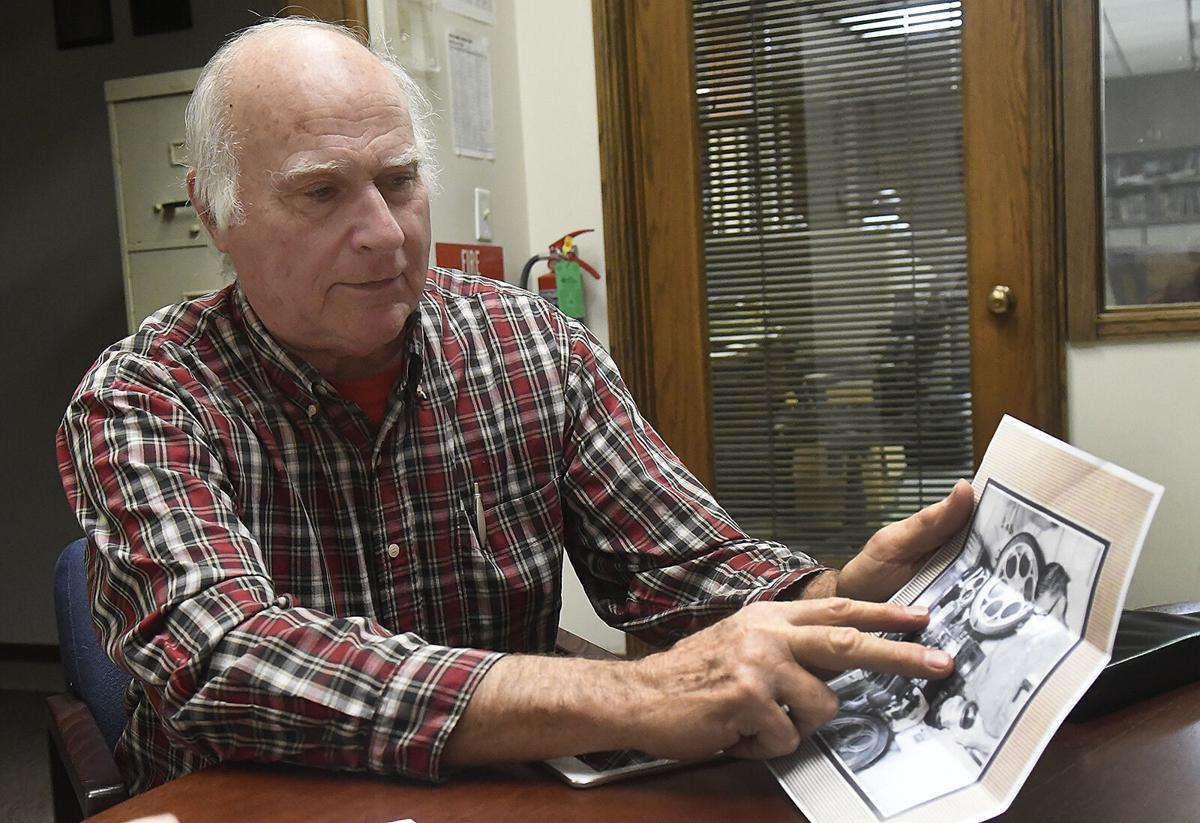 Steve Harbour describes what he was doing in a photo of him working as a projector operator as a teenager during an interview Tuesday, Jan. 4, 2022.

Steve Harbour gestures as he talks about working as a projector operator as a teenager during an interview Tuesday, Jan. 4, 2022. 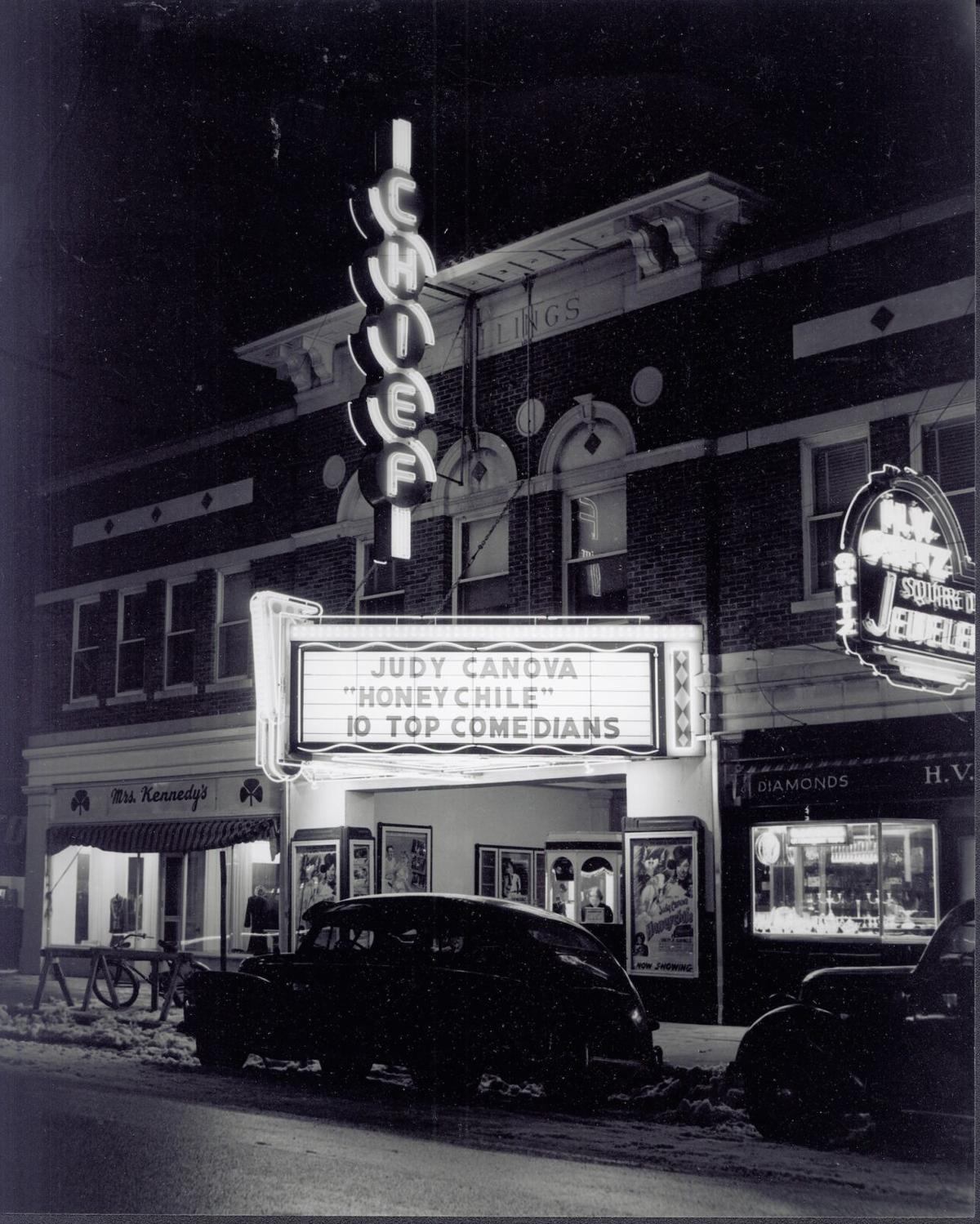 The building that is now Gaslight Theatre previously was occupied by the Chief Theater.

Steve Harbour describes what he was doing in a photo of him working as a projector operator as a teenager during an interview Tuesday, Jan. 4, 2022.

Steve Harbour gestures as he talks about working as a projector operator as a teenager during an interview Tuesday, Jan. 4, 2022.

ENID, Okla. — Steve Harbour has had a great interest in film projectors since he was first introduced to the “magic” of the projection room.

Digital projectors are now used in movie theaters — no longer are huge reels of film needed to show a movie.

While the Enid native has watched the movie theater industry change over the last five decades, he said he still enjoys going to the movies.

But December’s closure of AMC Classic Oakwood Mall 8, Harbour said, marks the first time in over 100 years that Enid has had no motion picture theaters.

“Let us hope that one day, another theater or theaters will show fine movies to the citizens of Enid,” he said.

As a teenager, Harbour spent more time watching the projectors than he did watching the film during showings in school.

“Let us hope that one day, another theater or theaters will show fine movies to the citizens of Enid."

“I would sit back by the projector,” Harbour said. “I was fascinated with the projector, the film and the sound system, and later, when I was in high school, I worked with the Film Library, taking care of the projector maintenance and setting up all the projectors for the films in all the classrooms.

When Harbour was 13, the man running the Sooner Theatre’s projector upstairs let him come into the big room.

“I’d stand there and watch these big machines humming away and watch him change the reels,” he said.

A few years later in 1966 and 1967, Harbour operated the projectors of several Enid theaters: the Chief Theater (now Gaslight Theatre), the Esquire Theatre, the Trail Drive-In and the Enid Drive-In.

The Chief Theater, Harbour recalled, was an elegant theater with celestial domes and big, beautiful curtains. The Esquire Theatre, he said, was grand, with big, curving stairs leading up to the mezzanine, waterfall curtains and a colossal balcony.

Even now, Harbour said he could still point out where old theaters in Enid were located because the artwork is still there.

Harbour made 80 cents an hour — and got all the popcorn he could eat — working as a relief projector operator at the Chief and Esquire theaters from 4-6 p.m. on weekdays and all day on weekends. During the summertime, he’d operate the projectors at the drive-ins.

Each show had a newsreel, a cartoon and local advertisements before the feature film. The twin carbon arc projectors, running 90 feet of film per minute, kept Harbour busy.

“Every 20 minutes, you had to change the projectors because the film was on 2,000-foot reels, and you had to rewind them, splice them and put them together,” he said. “I really took great pride in that work. It gave me great satisfaction to put on a good show.”

The bicycle racks were full during the summer days when children would ride their bikes to the matinee show on Saturdays, where they could exchange soda pop lids for admission.

Admission typically cost about 80 cents, and theaters were always full of people, he remembered.

“Most folks never turned around and looked up there where the beam of light was coming out and were clueless as to what happened back there,” he said. “For me, it was fascinating, and I just loved it.”