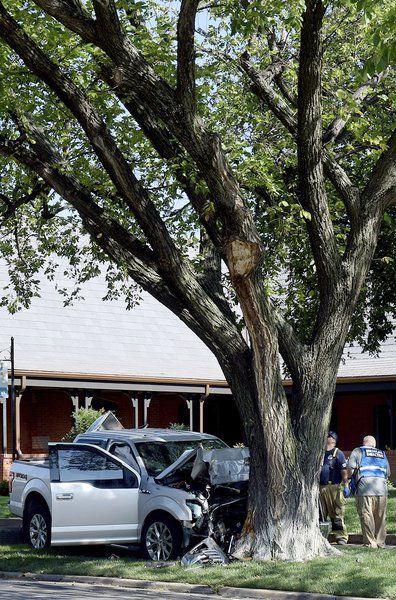 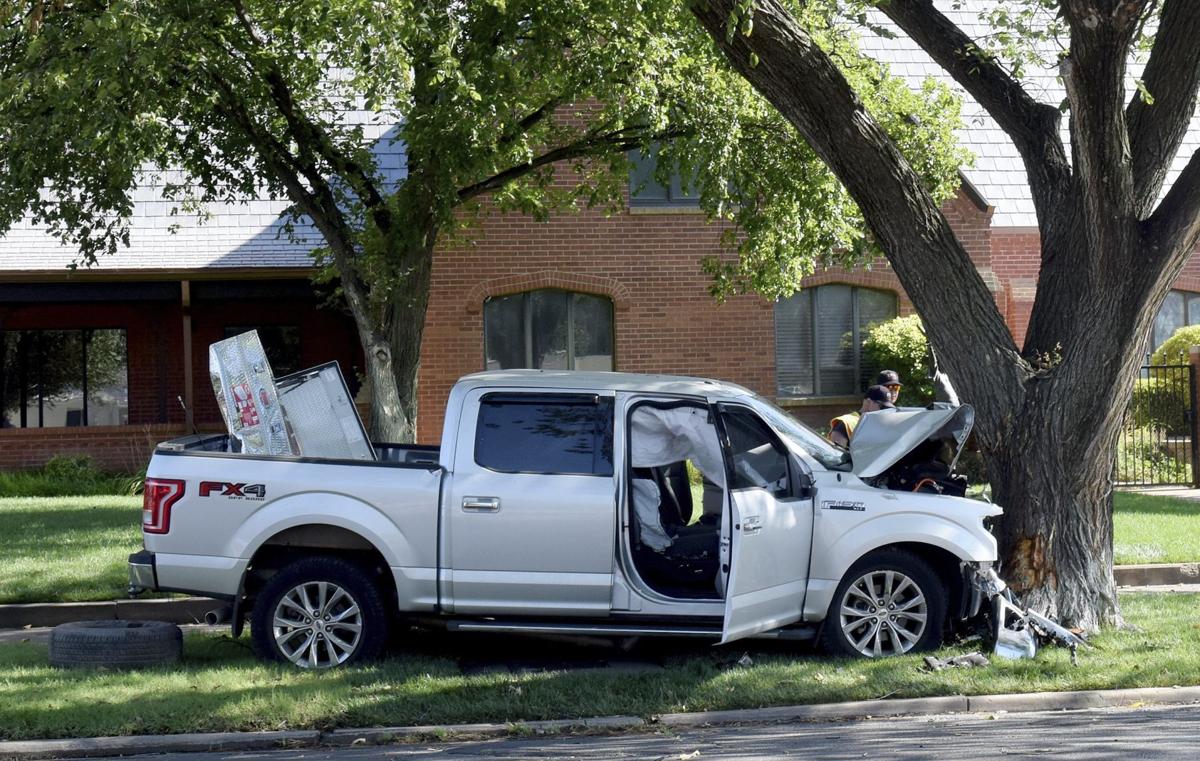 A 41-year-old Enid man was seriously injured Tuesday morning after crashing his truck into a tree at St. Matthews Episcopal Church on West Randolph.

Kenneth Earl White was transported from the scene of the 9:32 a.m. crash by Life EMS to St. Mary's Regional Medical Center, according to Enid police. White was flown to OU Medical Center, where he was admitted with a collapsed lung and a broken leg.

White was eastbound in a 2015 Ford F-150 extended cab when he mounted the sidewalk on the north side of the road in front of Heritage Cleaners, 702 W. Randolph. White continued east on the sidewalk, driving through the flower bed of Our Daily Bread, 616 W. Randolph, before striking a tree in the church yard.

Sgt. Eric Reddick said the truck was equipped with an ignition interlock device and an open bottle of vodka was found inside the vehicle.

ENID - A Private Service for Mary N. Donaldson, age 94, of Enid will be Monday, August 17, 2020, at 2:00 pm at Ladusau-Evans Chapel. Burial will be at Waukomis Cemetery under the direction of Ladusau-Evans Funeral Home.

ENID - The family of Larry Murray will hold a private memorial service at a later date. Cremation arrangements under the direction of Henninger-Hinson Funeral Home. Donations to St. Jude Children's Hospital through the funeral home. www.enidwecare.com