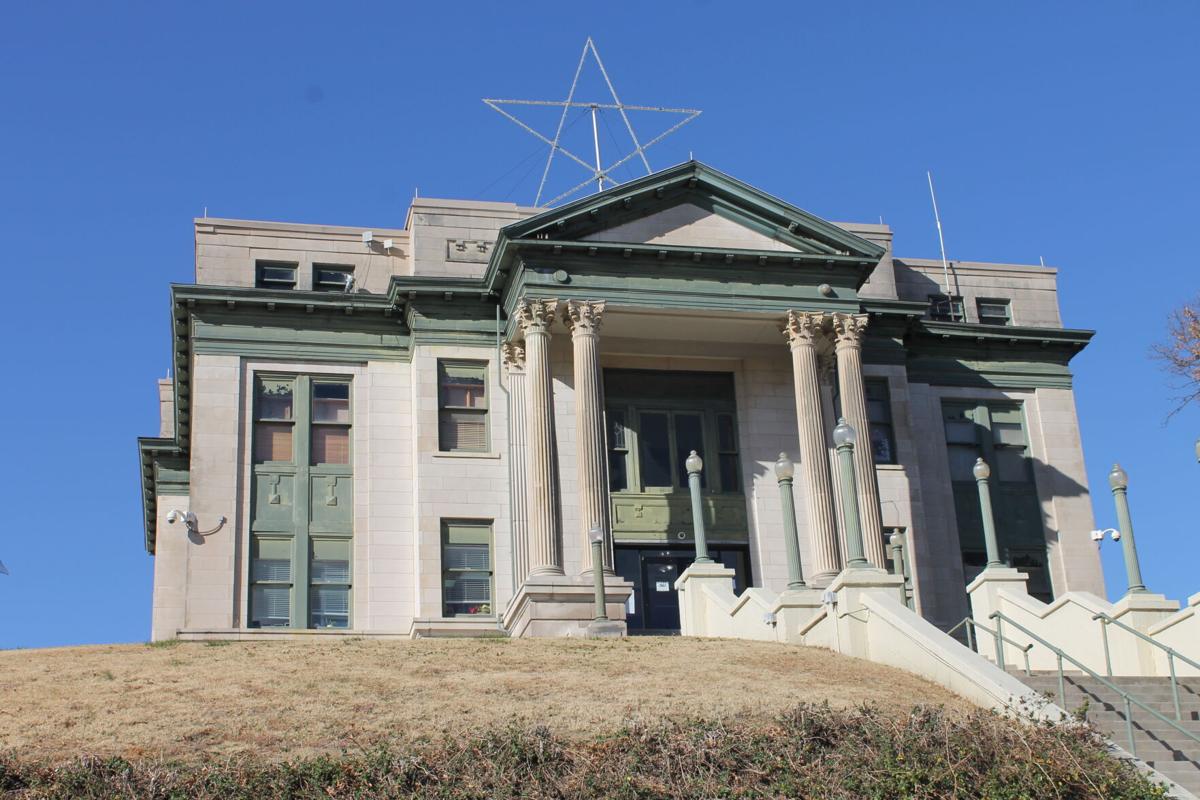 A condemnation dispute will be back in Osage County court this week. 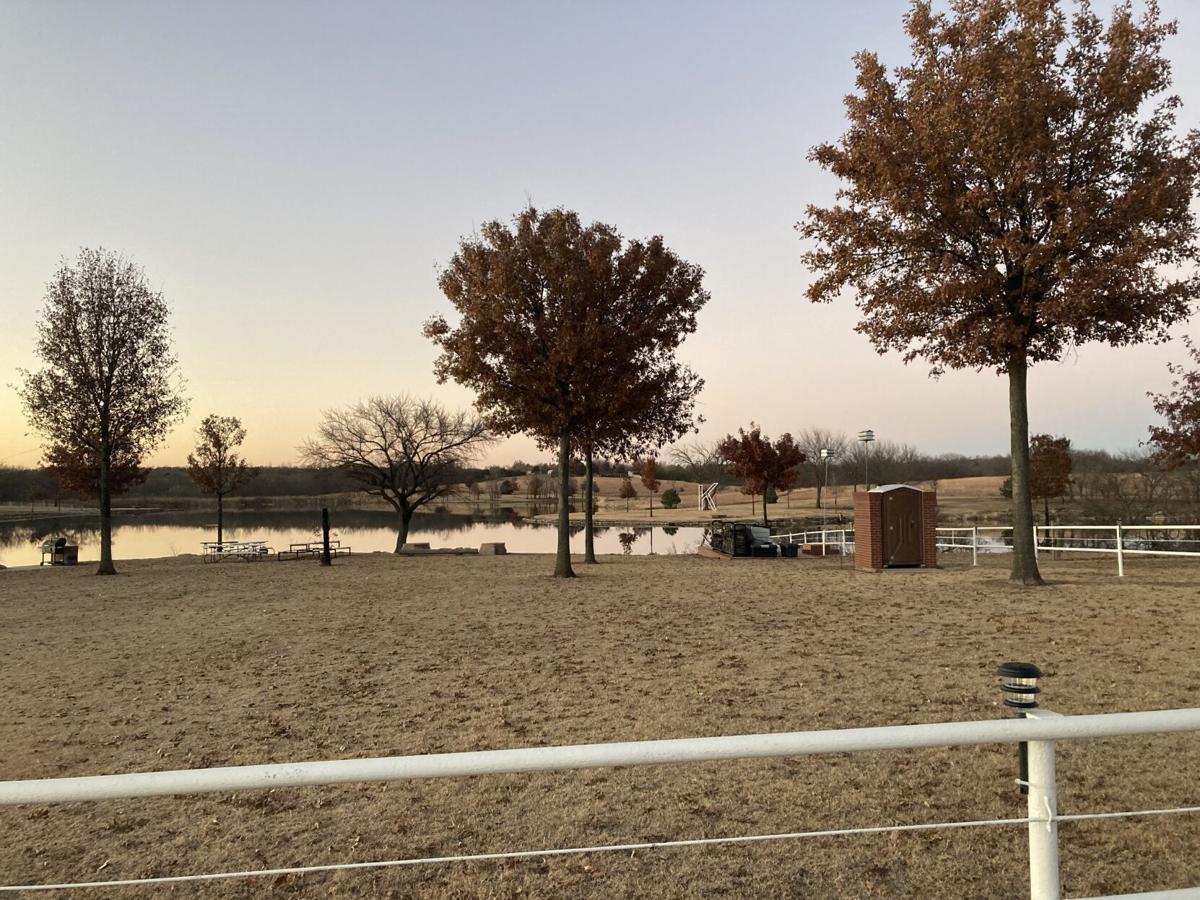 A condemnation dispute will be back in Osage County court this week.

PAWHUSKA, Okla. — A condemnation dispute will be back in Osage County court this week, sans any direct input from the Native American tribe whose deal with the city of Enid was repeatedly brought up in testimony last month.

The Osage Nation, whose national headquarters and program buildings are located next door to the Pawhuska courthouse, declined last week to respond to claims that a recent agreement with the city of Enid would give the tribe “substantial” control of a county landowner’s condemned property.

A forbearance agreement approved last May would allow the city to divert available water from Kaw Lake to the Nation, presumably through part of Dr. James Merrifield’s property in Osage County.

Attorneys representing Merrifield argued in district court last month that Enid is unlawfully exercising its eminent domain authority on behalf of the Nation, which does not have such authority.

“Isn’t it fair to say that the Osage Nation is getting the right to use Mr. Merrifield’s property because the city of Enid is using its constitutional authority to take his property?” defense attorney Brad Hilton asked City Manager Jerald Gilbert on Dec. 2.

The legal team representing an Osage County landowner in a years-long condemnation dispute argued in district court last week that the city of Enid’s long-standing financial relationship with Koch’s fertilizer plant is the major driving factor behind building the pipeline from Kaw Lake, rather than projected service-area growths for water demand or population.

Filed the same morning as Gilbert’s testimony, a supplementary brief with additional exceptions to the condemnation detailed allegations over the Osage agreement.

“By entering into said Agreement, Enid has authorized and allowed the Osage Nation to essentially access, utilize and take Defendant’s property, without any lawful authority to do so, and without any notice or due process protections,” the filing stated, before continuing, “The Osage Nation will retain a substantial amount of control over the use of the pipeline and therefore Defendant’s property.”

The Osage Nation’s attorney general, Clint Patterson, did not have a comment at this time about the claims, Nation spokesperson Abigail Mashunkashey said in an email last Monday.

Attorneys will reconvene for a third and final hearing day Thursday to question the testimony of expert defense witnesses over the city’s water supply and finances related to the Kaw Lake project.

In June 2020, court-appointed commissioners had recommended the city should pay Merrifield $47,700 to acquire property easements for building the pipeline.

Defense attorneys then held that the city’s actions using the lake’s water supply had attempted to violate the Osage Nation’s mineral rights, in the initial exceptions report filed in September 2020, which included several other arguments against the city’s condemnation and the Kaw Lake project. This filing came before the city of Enid approved its agreement with the Nation.

No one representing the Osage Nation has yet been asked or subpoenaed to testify specifically over the forbearance agreement, which was brought up during two initial days of testimony in early December.

Gilbert, the city manager, had disagreed with Hilton characterizing the agreement as “bartering” during questioning.

The Nation is allowed to draw from an agreed-upon reserved capacity volume of water not exceeding 8 million gallons per day, which would be pumped under part of Merrifield’s 200 acres.

Gilbert said the forbearance agreement was intended to resolve a possible dispute between the city and the Osage — sidestepping an ongoing dispute between the Osage Nation and the state of Oklahoma about which party owns the water in Osage County and elsewhere in the state, the Arkansas River and its accompanying riverbeds and banks.

Following four years of discussions, the city of Enid and the Nation, represented by Patterson, agreed to terms allowing the latter to also receive water from the planned pipeline, in exchange for sovereign immunity.

“Because that dispute has not been settled and probably won’t be settled timely,” Gilbert said, “the city was prudent to enter into an agreement with the Osage to prevent legal issues while preserving the rights to everyone to continue to contest with the state of Oklahoma with whatever claims they have, if any.”

The agreement also offered the Nation two potential access points along the 36-inch-diameter pipeline running within Osage County between Kaw Lake and McCord. A $1 million payment is intended to cover future, potential infrastructure costs, according to the city.

In a May news release, the Nation called the deal for future water delivery a “tremendous benefit” to its citizens. It also said the project is consistent with the Nation’s goals to protect and conserve water, as well as other natural resources surrounding the county for the benefit of the Osage people.

Kaw Lake is located in Kay and Osage counties, with the project’s intake site located in the former county. The transportation pipeline then travels 70 miles, crossing four counties to a terminal point in Enid and connecting to a new distribution system.

According to the agreement, if the Nation requests usage — with advance notice no less than two years before construction — the two parties would meet within 60 days and confer over an amendment to the city’s current service area, including the name of the recipient, the location and duration of use and the quantity of water. The Nation would also pay the city monthly operational costs.

The city would not be able supply water from the Kaw Lake project to any location outside of the project’s designated service area unless the city requests and receives approval from the Nation.

“In any event, as this agreement affects Mr. Merrifield and his property, the Osage Nation is now gonna use the pipeline for it to have water, it’s dictating where Enid can sell its water that it takes on,” Hilton said last month, before asking Gilbert, “Do you feel like the Osage Nation might out-distance the law here?”

“I can’t speak to what the law is,” Gilbert replied.

During the project’s initial planning and design, city engineering staff and contractors had also reached out to several other federally recognized Oklahoma tribes such as the Ponca Tribe, the Kaw Nation and the Otoe-Missouria Tribe.

In hearings earlier in 2021, Merrifield’s attorneys — who did not respond to request for comment —also repeatedly had cited the McGirt v. Oklahoma ruling from the U.S. Supreme Court as a reason for the pipeline project to be canceled.

The U.S. Supreme Court had ruled in July 2020 that prosecution of crimes by Native Americans on lands in Eastern Oklahoma fall under tribal court jurisdiction and federal judiciary, rather than state and district courts.

Attorneys argued because the property resides in “Indian Country,” the county’s district court does not have the proper jurisdiction to grant the city of Enid the land. They cited past cases to hold that the definition of “Indian Country” has applied to civil cases, as well.

They also unsuccessfully attempted to have District Court Judge Stuart Tate transferred or disqualified from overseeing the case because of the potential implications of McGirt, appealing denials all the way to the Oklahoma State Supreme Court.

Merrifield alleged Tate had an economic interest in property that would be “negatively affected” if courts determine Osage County is within “Indian Country.”

In a brief filed last Friday, the city’s hired condemnation attorney, Danny Williams, disputed the defense’s argument that the city lacks jurisdiction was without merit.

Federal condemnation statute holds that for federal courts to have jurisdiction, the land sought to be condemned is either allotted to Indians or an undivided percentage of the property be owned in fee by a Native tribe, Williams stated — neither of which apply to Merrifield or his property.

After Thursday’s hearing, Tate is then expected to rule over the exceptions and possibly the entire water project, which already has begun construction at both ends.

Following actions taken earlier this week, the city of Enid now has to acquire five remaining parcels of land — four partially owned by members of the Ponca Tribe of Oklahoma — to construct its water pipeline from Kaw Lake to Enid.