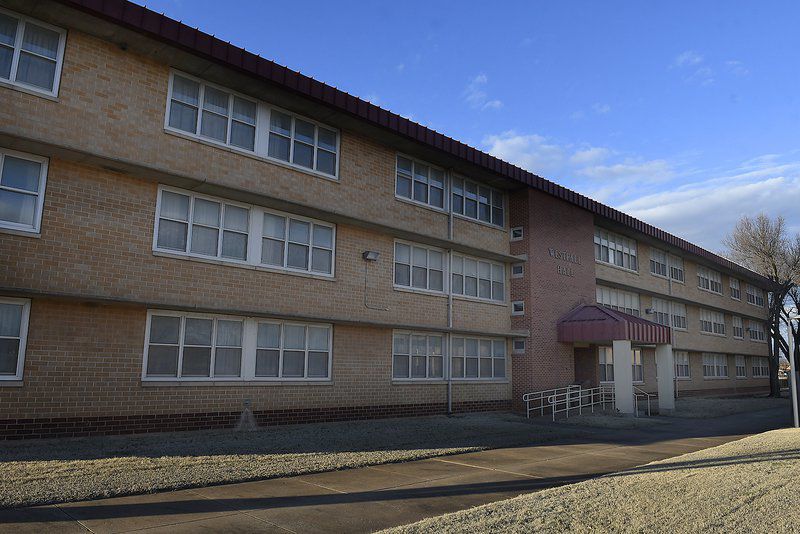 Westfall Hall stands at Vance Air Force Base. The city of Enid is working with the Air Force to upgrade the dorms. 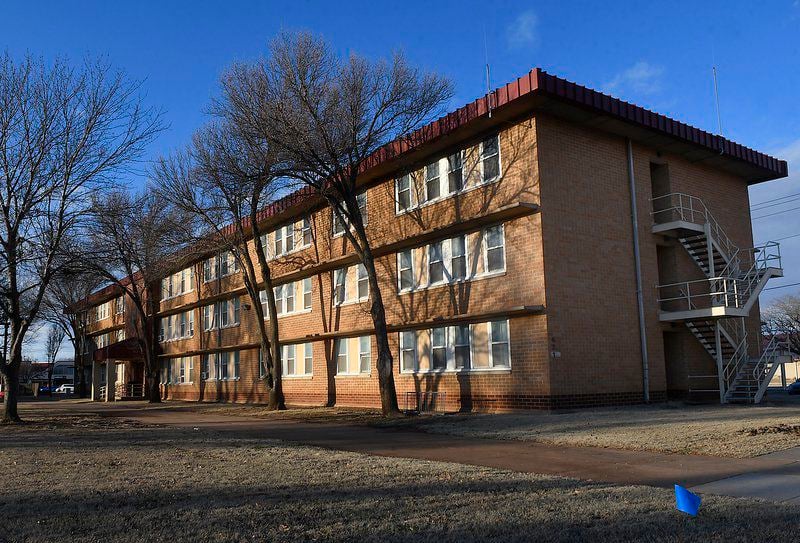 Garside Hall stands at Vance Air Force Base. The city of Enid is working with the Air Force to upgrade these dorms.

Westfall Hall stands at Vance Air Force Base. The city of Enid is working with the Air Force to upgrade the dorms.

Garside Hall stands at Vance Air Force Base. The city of Enid is working with the Air Force to upgrade these dorms.

VANCE AIR FORCE BASE, Okla. — Improving the living quarters for enlisted airmen is a high priority at Vance Air Force Base, but it will likely need manpower and money from the city to do so.

An "intergovernmental support agreement" is being proposed, calling for the city to finance and execute construction of a new 100-bed dormitory on base. The project will cost about $10 million out of the city’s pocket, at first, and it will be paid back by the Air Force over a 10-year period.

The project still is in the planning stages, so no official proposal has been sent to the city of Enid.

“If we can build it locally, we can build it cheaper, and (the Air Force) doesn’t need to have all that money up front,” said Mike Cooper, Oklahoma Strategic Military Planning Commission chairman.

Were the military to take on the effort, itself, it would cost closer to $18 million, Cooper said. That’s not money the Air Force would give for a dorm project, at least not anytime soon.

While dorms are a top concern at Vance, they are not necessarily as urgent for the branch as a whole.

“Vance is one of the smallest bases. There’s only so much money for military construction every year, so for Vance to percolate to the top with a priority project is very difficult,” Cooper said

Relying on the city is the best option, he said.

“Otherwise, for this to be a priority for the Air Education Training Command to get done, it would be years, years, before they got that.”

Vance’s enlisted dorms were constructed in the 1950s. The aging facilities fall short of modern Air Force standards, particularly in terms of size, providing airmen with half the space that new construction demands.

Col. Corey Simmons, commander of the 71st Flying Training Wing, has called the dorms “a capacity problem and a quality-of-life problem.”

“This is the one (area) I have spent most of my power, my voice in the Pentagon, is on trying to fix the enlisted dorm problem at Vance,” Simmons said in late 2019.

Despite his efforts, he said at the time he wasn’t sure if a fix was on the way, whether it’s gutting and renovating the building or demolishing it and constructing something new.

There’s still uncertainty among those pushing for it, but with Vance and the city of Enid working, yet again in partnership, it’s mostly a question of red tape.

“At every turn there’s always something we run into,” Cooper said, but with help from a congressional delegation, that includes Sen. Jim Inhofe, all the problems so far have been worked through except one — ‘OMB scoring.’

Projects that take place on military bases but that are being carried out by non-military entities require the entity to set aside additional funding in case of unexpected expenses.

Because of that, a $10 million effort might demand a $12 million investment, or more, even if that additional money ultimately is never spent.

“You not only have to have the money it costs to build the facility but you have to have in reserve that total amount to cover any costs or whatever may happen if, say, the project fails,” Cooper said.

These requirements make the current plan a lot less practical, he said, adding “if you have all that money available you might as well do a military construction project.”

Supporters of the proposed dorm project want to see those requirements waived in this instance or, failing that, have the rules amended to give the armed services the ability to waive when they choose.

“We’re asking to have it waived because it’s a needed project ... or change language in the Defense Authorization Bill that would give the services the ability to waive OMB scoring on these intergovernmental support agreements,” Cooper said, adding requirements have been waived before for privatized housing additions at Vance and bases elsewhere.

“So they can do it, and that’s what we’re asking them,” he said.

“We’re still working through that process. Once we get agreement...then you’ll see us come forward with an official proposal.”