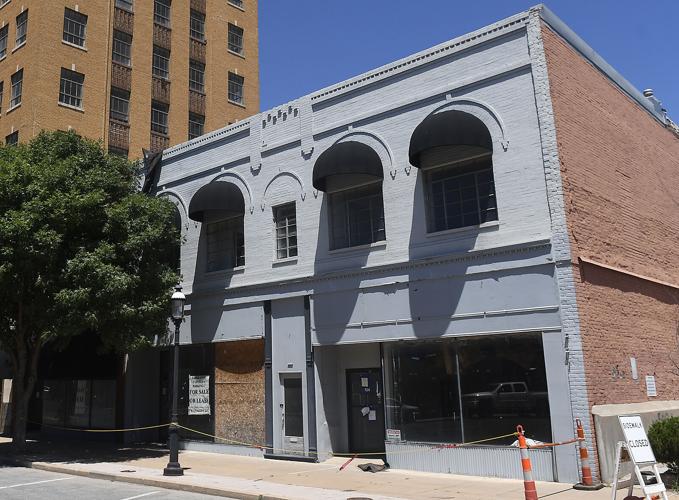 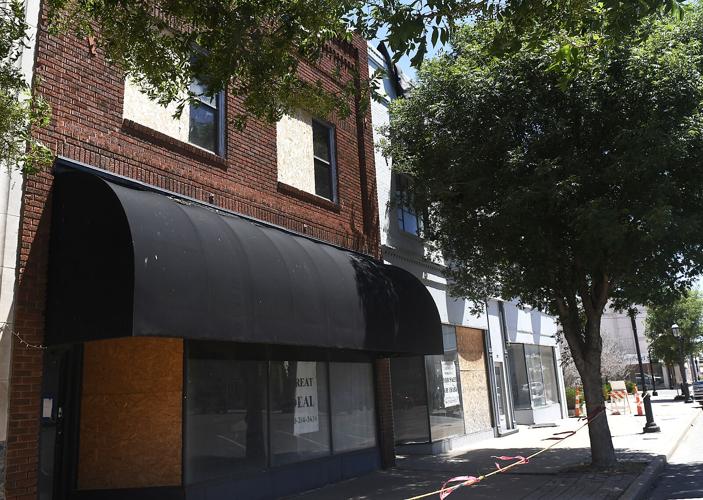 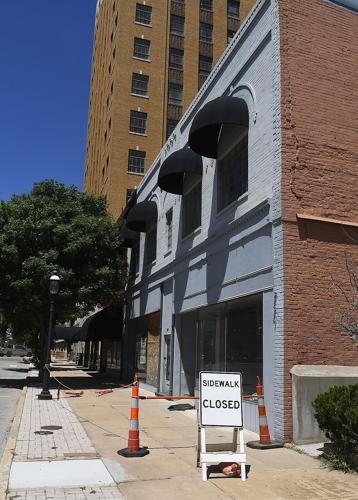 ENID, Okla. — The fates of three historic downtown Enid buildings will be decided another day after city officials decided to delay ruling on a dilapidation appeal.

Enid city commissioners were set to hear on Tuesday an appeal regarding the city of Enid code official’s recent decision that the properties at 120, 122 and 124 E. Broadway — all under common ownership and associated with Enid’s historic Broadway Tower — are dilapidated and therefore subject to demolition.

However, the agenda item for commissioners to consider the appeal was removed from the agenda Monday.

“Really, it’s not our desire to tear things down,” Gilbert said. “It’s our desire to get the owners to fix and improve them, and hopefully, that’s what (Peart) is going to do, and time will tell.”

Gilbert said on Monday officials were looking to reschedule with Peart soon.

During an April 20 hearing with Peart’s son and others, interim Code Official Sierra Krukowski determined the buildings to be dilapidated and made a conditional decision to demolish them — only to be vacated if Peart would begin remediating the health and safety issues created by the state of the three properties, according to documents on the now-removed agenda item.

Peart was given until May 24 to provide letters from an engineering firm detailing the buildings’ conditions.

He requested to appeal the April 20 demolition decision but did not appear at the May 24 follow-up hearing, instead also requesting it to be rescheduled.

Following several back-and-forth emails and phone calls between Code Official Scott Garnand and Peart regarding the properties and appeal process, Peart said in a June 15 email he had requested the engineer and contractor to attend the “appeal of demolition decision” on one of the commissioners’ two July meeting dates.

A June 23 letter sent to Peart informed him that commissioners would be acting on his appeal request at Tuesday’s meeting. According to documents on the removed agenda item, no response was returned, until Peart’s email Monday.

Peart and his wife Dana, both of New York and with B.H. Tower LLC, bought the collection of buildings in 2012. Initial plans included turning the 15-story Broadway Tower into an eight-floor themed hotel, with retail and restaurant spaces on the first floor and offices on other stories.

These plans never came to fruition, though, and problems started popping up by the next year, with tenants moving out, electrical code violations being reported and legal battles with first-floor restaurant employees going to the state.

The buildings, along with the Broadway Tower itself, also went to a code hearing in spring 2021, following several complaints on the buildings’ conditions and facades from the city’s online service SeeClickFix.

Commissioners are set to consider amending an ordinance to provide a conditional waiver for Enid residents living on a lot smaller than 1 acre to keep up to six hens as pets. Roosters would still be forbidden in city limits other than on property-zoned agriculture.

If the applicant does not own the property, the owner then must provide consent in writing.

During their study session before the regular meeting, commissioners will discuss proposed changes to the tobacco and vaping ordinance.

The study session will be at 5 p.m., with the regular session set for 6:30 p.m. at the city administration building, 401 W. Garriott. Both are open to the public.

City Manager Jerald Gilbert said Code Department staff would instead ask the property’s owners, Dana and Johnny Peart, with B.H. Tower LLC, to board up broken windows on an adjoining two-story building and address other related issues in the long-vacant properties that have continued over the last half-decade.