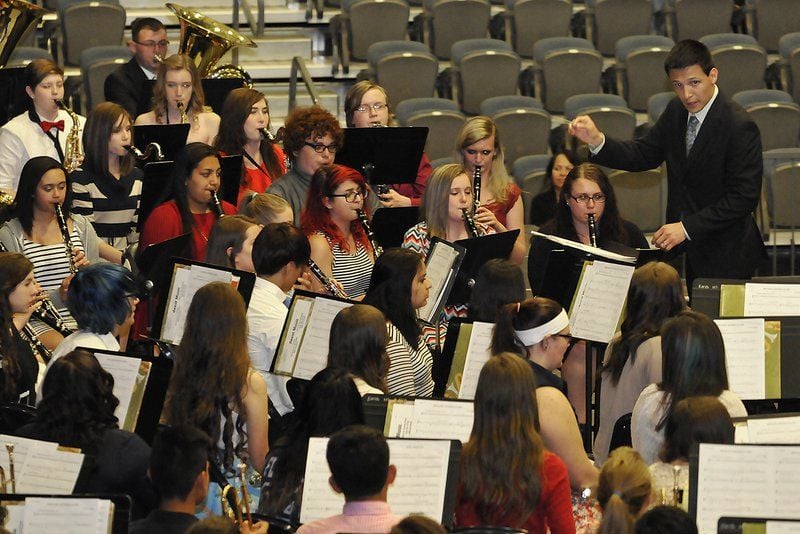 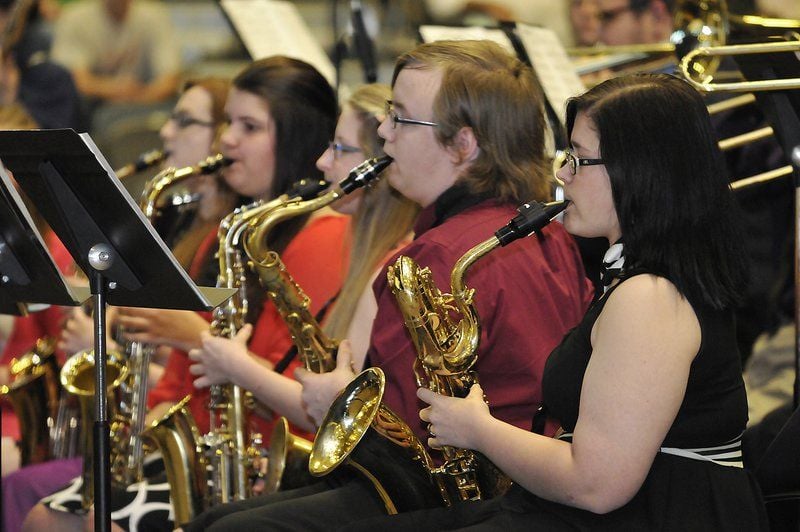 Sounds of toe-tapping jazz and symphonic smoothness could be heard from the Enid High School Big Blue Band at Enid Event Center on Thursday.

The band hosted a free spring concert to raise money for its upcoming trip to Washington, D.C., where it will represent the state in the 2016 National Memorial Day Parade in the nation’s capital on May 30.

Thom Bushman, president of Enid High Big Blue Band Booster Club, said there will be 162 students, plus sponsors, on the trip.

The trip will cost $1,000 per student, which includes transportation — driving 18 hours in motor coaches — sightseeing, lodging and some meals, although students will be responsible for some of their own meals.

Or at least they were going to be responsible for their own meals.

“We felt like we needed to ramp up our efforts,” Bushman said. “The budgets in statewide education have been very tight.”

“Asking for full sponsorship is a generic approach,” Bushman said. “These kids have been working all year long — selling Blue and Gold sausage, hosting car washes, selling mattresses — you name it. We realized the kids would have to buy 10 meals on the trip. At about $12.50 per meal, that’s about $2,000.”

“But, fundraising continues,” Bushman said. “These funds don’t only pay for trips, but they pay for uniform upkeep, contest marching events and new instruments. This year the band has 178 students. Next year it will have 210.”

Bushman did not have an updated total of funds raised for the trip, except that fundraising will continue to be an ongoing effort.

The wind ensemble, symphonic band and jazz bands all performed. Admission was free but donations were welcomed to fund the group’s trip.

The funeral for Carol Ann Wight, 88-year-old Enid resident, is 1:00 p.m. today in the Henninger-Hinson Chapel. Burial will follow in Memorial Park Cemetery.

Services for Opal "Dess" Wallace, age 85, of Lahoma, will be 10:00 a.m. Friday, February 4, 2022, at Ladusau-Evans Chapel. Burial will follow in the Cherokee Cemetery Cherokee, OK, under the direction of Ladusau-Evans Funeral Home.