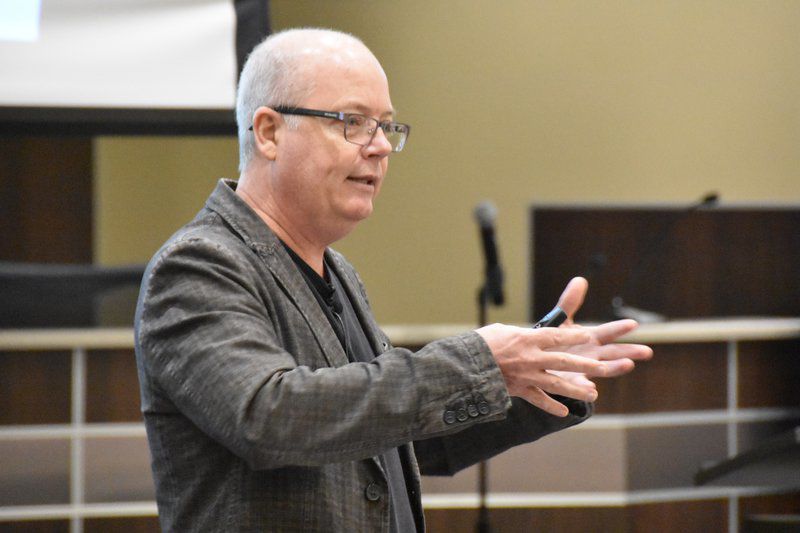 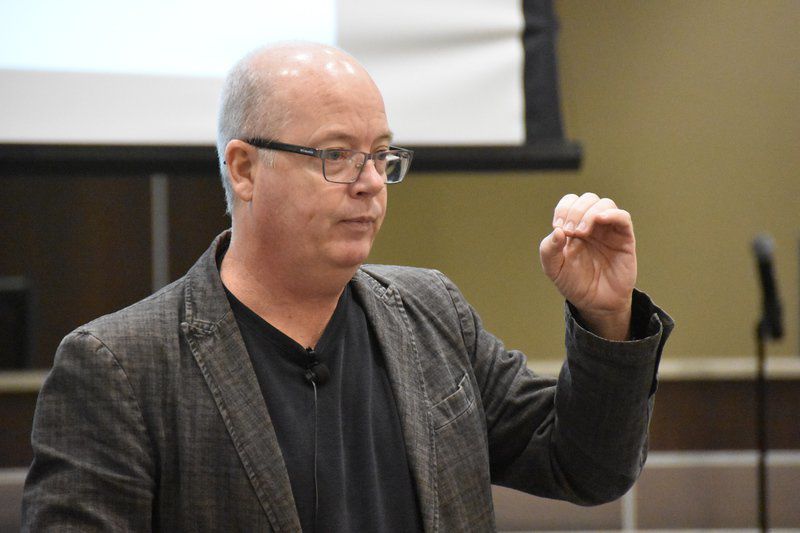 ENID, Okla. — Hope is more than a feeling, according to University of Oklahoma professor Chan Hellman, hope is a science.

Hope is measurable, he said, and it ebbs and flows, it can be gained or lost. The more hope one has, the better they can control their life.

In a 2015 nationwide survey of students in grades 5-12, Gallup polling found that students who reported feeling hopeful outperformed other peers

"Hope scores are significant predictors of average daily attainment and GPA," Hellman said. "Hope is a better predictor of first-year college performance than the SAT, ACT or high school GPA."

Hellman said hope requires three things: goals, realistic paths to attain those goals and the willpower to proceed down those paths.

He's traveled to Germany, Israel and all over the United States on invitation to share his findings, but being that he grew up in Northwest Oklahoma it was a very "full circle" experience to speak in Enid.

Hope is harder to achieve for the traumatized, which most Americans are, to one degree or another, data from Centers for Disease Control and Prevention shows.

Adverse Childhood Experiences (ACE) are traumas lived and witnessed by an individual younger than 18 years old. There are 10 categories of ACE trauma and include things like verbal or physical abuse, sexual assault, neglect or having a parent in prison.

Roughly two-thirds of the U.S. population has an ACE score of 1 or more, meaning they experienced one or more childhood traumas.

Chan Hellman has an ACE score of 8, he said.

Regardless, he found a goal, and with a goal he found hope, helping him avoid the outcomes faced by those with high levels of trauma.

"Often times we don't think about all of the things that might be going on in a child's life outside of school ... it's not just what happens in the four walls of the school building," Doug Stafford, assistant superintendent of secondary education said. "It's also about finding these other things the child is dealing with that might be manifesting in their academic behavior."

Much of what Hellman shared Wednesday are things educators often suspect or feel intuitively, but lack the words for, or the knowledge of how to best help, testing coordinator Polly Maxwell said. With this information, all EPS staff will be better informed, better equipped to help, she said.

ARKANSAS CITY - The funeral service celebrating and honoring the life of Charles R. Langdale, 78, of Arkansas City, Kan., are pending under the direction of Brown-Cummings Funeral Home.

ENID - The funeral service celebrating and honoring the life of Elizabeth T. Smith, 96, are pending under the direction of Brown-Cummings Funeral Home.

ENID - The funeral services celebrating and honoring the life of Steven W. Hane, 64, Enid are pending under the direction of Brown-Cummings Funeral Home.