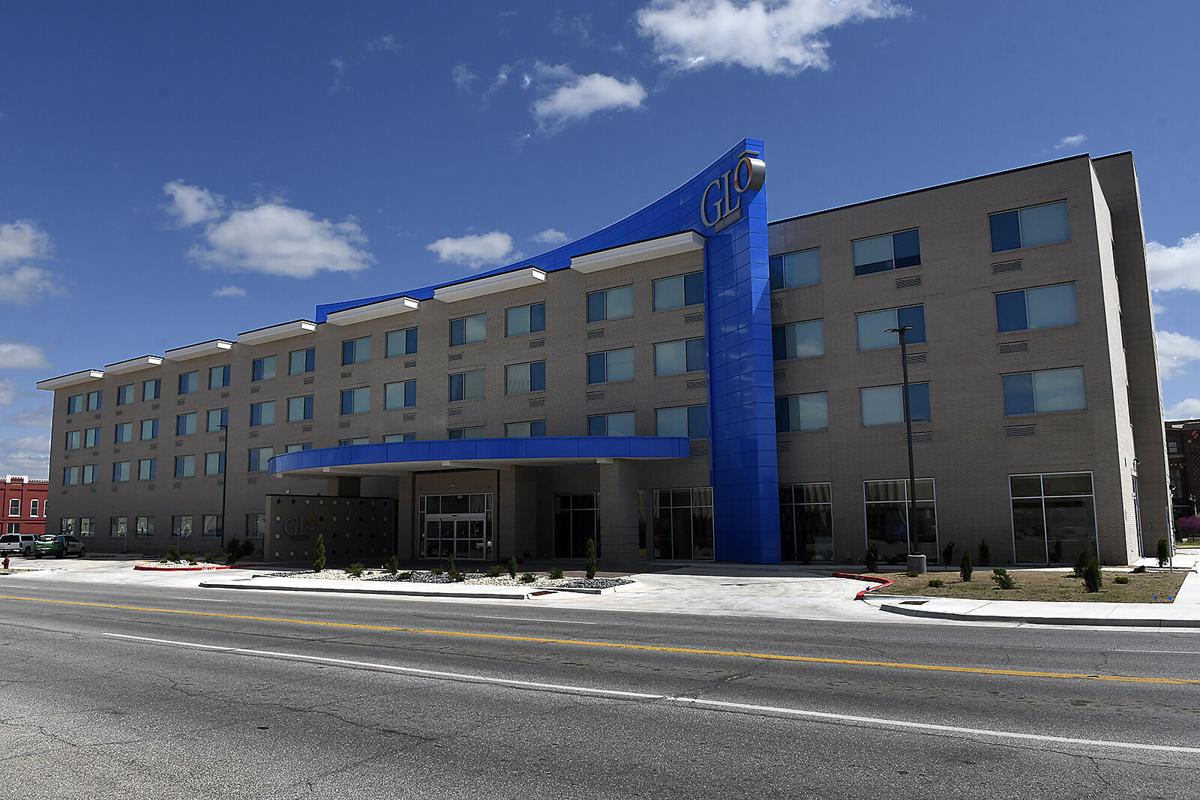 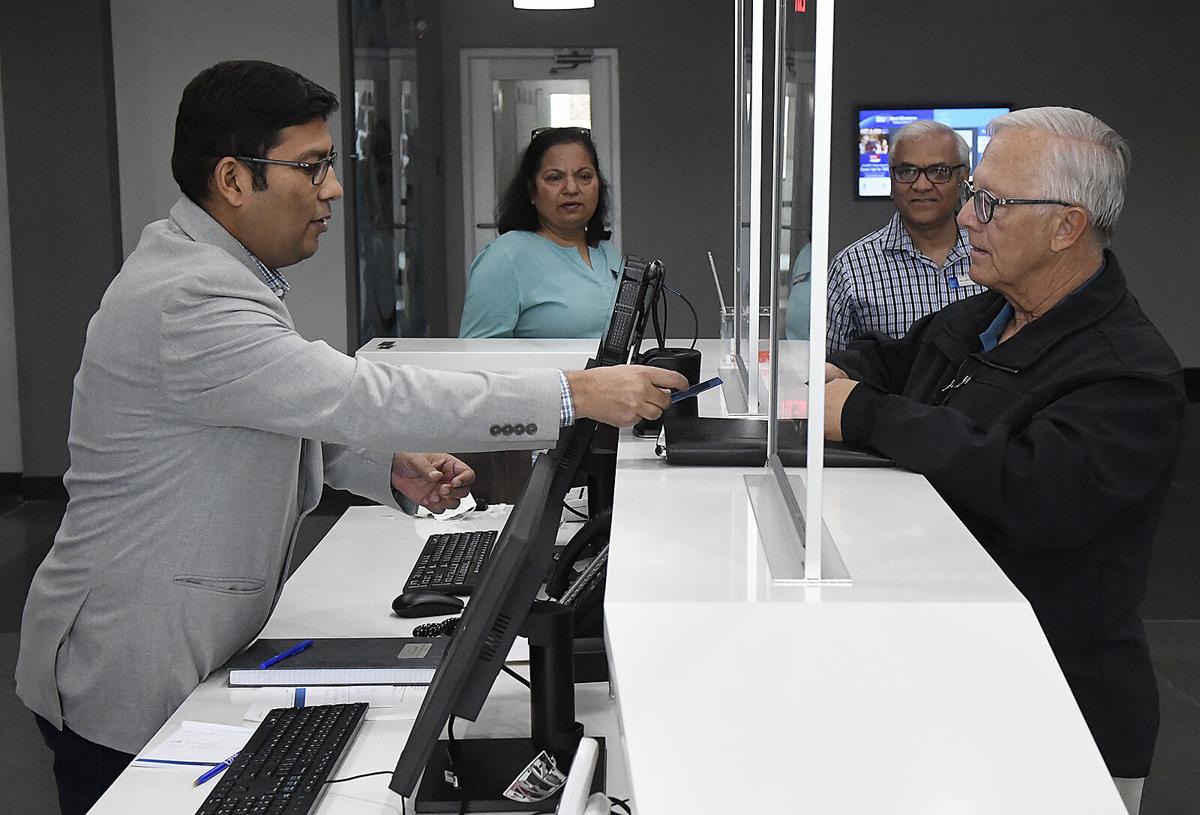 ENID, Okla. — The city of Enid could be facing a lawsuit from the former owner of the downtown hotel, who’s claiming city employees harassed him during its three-year construction and after he sold it in April.

An attorney for Dr. Atul Patel, who partly owned of the Best Western Glo when it was constructed, alleges he and the previous entity owner were subject to harassment, unnecessary inspections and revisions, and expenditures of time and money by city employees and the current owner of the hotel during the hotel’s construction, inspection, sale and to this day.

A letter sent Aug. 30 to the city of Enid, later obtained by the News & Eagle, requires preservation of all documents in city possession regarding the hotel while legal remedies are being considered, including filing a lawsuit and pursuing remedies against individuals.

City Manager Jerald Gilbert confirmed he and City Attorney Carol Lahman received the notice, but had no comment on the letter besides saying all the requests made are for documents open to public record. 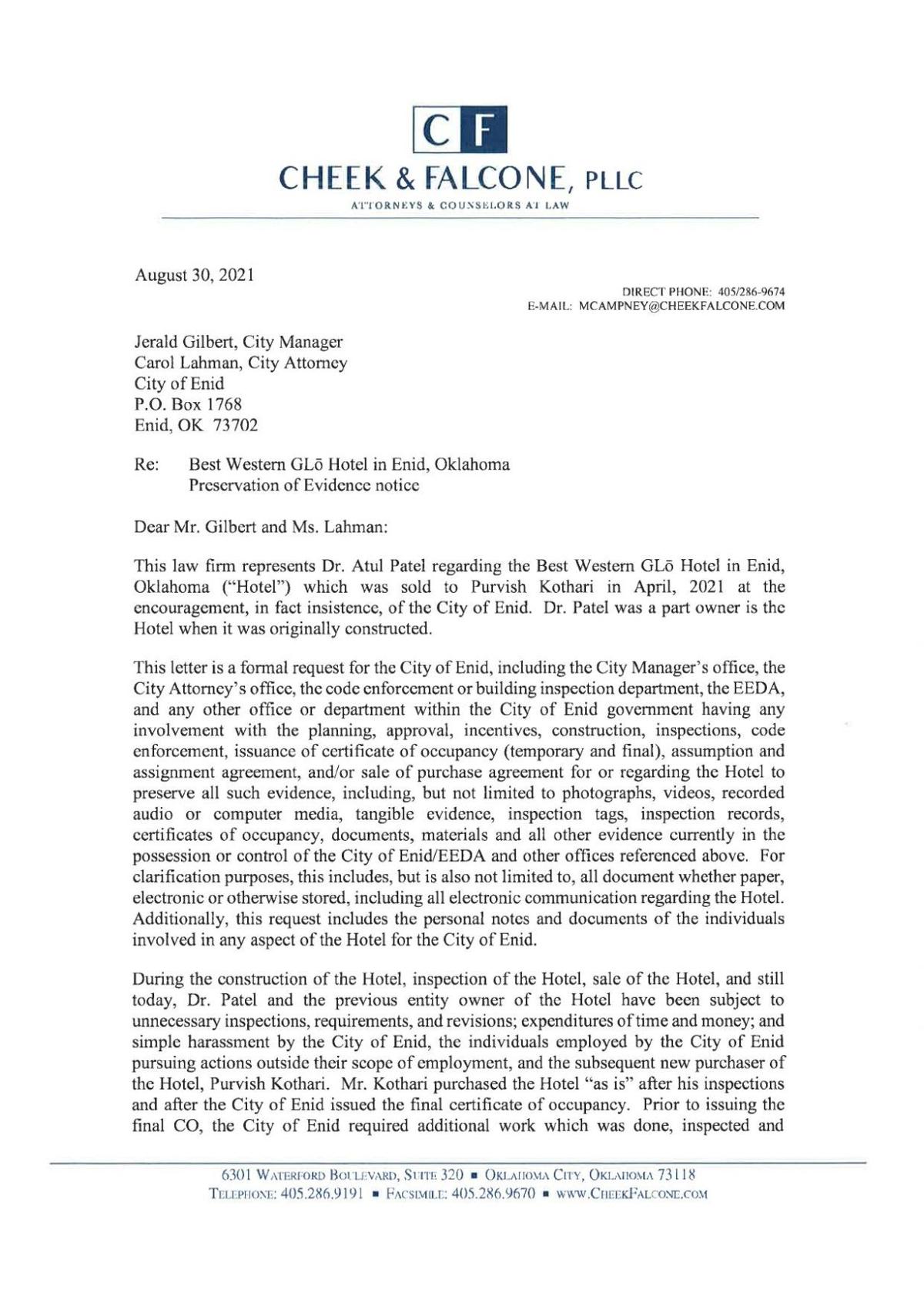 The city approved a master development agreement for the Patels’ development plans in February 2017, as well as an incentive agreement, and ground was broken a year later.

Construction and inspection lasted three years after reported delays due to weather, scheduling and hiring issues and repeated code inspections.

In March, commissioners approved transferring the Patels’ incentive agreement of 40% occupancy rate guarantee to Purvish Kothari, who then purchased the hotel from the Patels shortly before it opened in April.

“Mr. Kothari purchased the Hotel ‘as is’ after his inspections and after the City of Enid issued the final certificate of occupancy. Prior to issuing the final (certificate of occupancy), the City of Enid required additional work which was done, inspected and approved,” the letter states. “Why the harassment of Dr. Patel, the engineer, and the architect continues is unknown.”

Kothari said he spent six weeks negotiating the sale before buying the property the day after the occupancy permit was delivered. In May, he received a $100,000 forgivable loan for additional capital expenses from the Enid Regional Development Alliance nonprofit, to be paid back with tax revenue over 36 months.

Neither Patel nor his attorney, Michelle Campney, with Oklahoma City law firm Cheek & Falcone, responded to several requests for comment.

A Celebration of Life service for Louis Ediger will be held at 2:00 p.m. today at Ladusau-Evans Chapel. Burial will follow in Mennonite Brethren Cemetery, Enid, OK, under the direction of Ladusau-Evans Funeral Home.

The services celebrating and honoring the life of Vernon S. Reeves are pending under the direction of Brown-Cummings Funeral Home. Condolences may be shared online at www.Brown-Cummings.com.

Services honoring the life of Joe Long Sr. will be held 2:00 p.m. Friday December 3, 2021, in the North Garland Church of Christ under the direction of Brown-Cummings Funeral Home. Condolences may be shared at www.Brown-Cummings.com.

The open visitation for Jerry McCune, 75, of Enid, will be held from December 2, 2021, through December 4, 2021, in the Brown-Cummings Funeral Home Chapel. Condolences may be shared with the family online at www.Brown-Cummings.com.