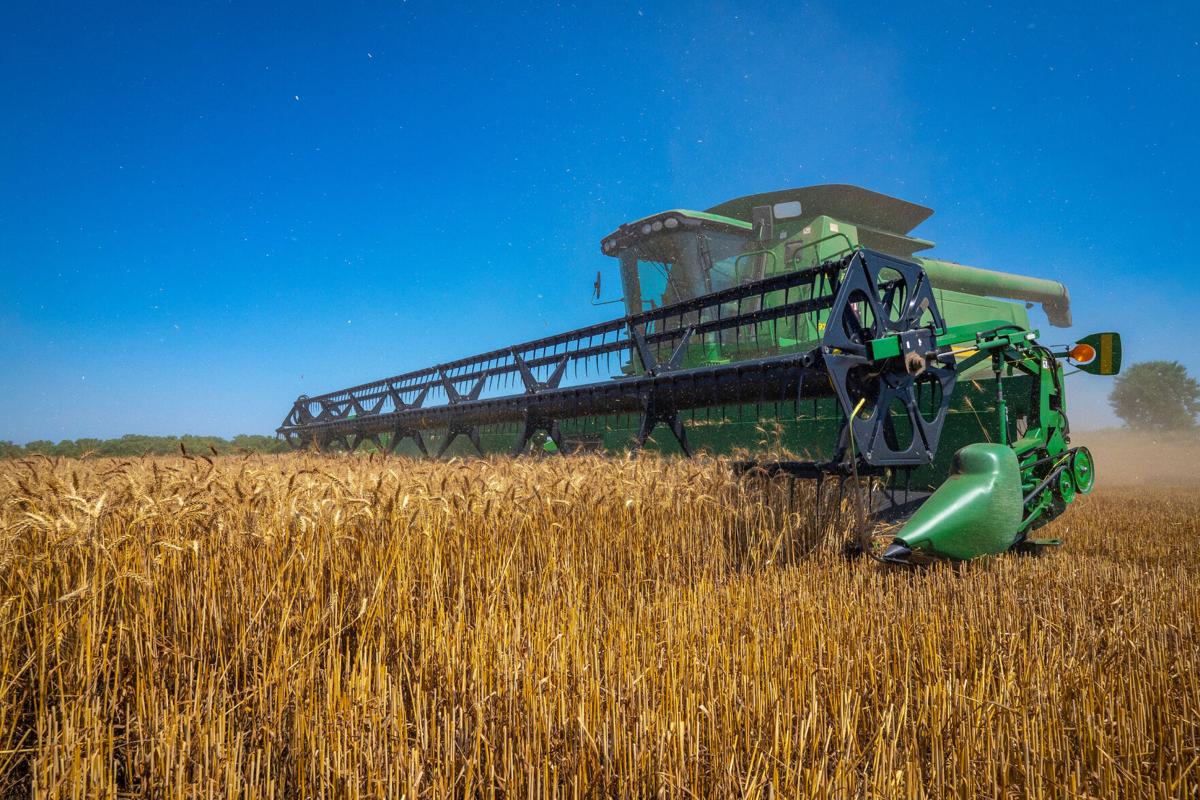 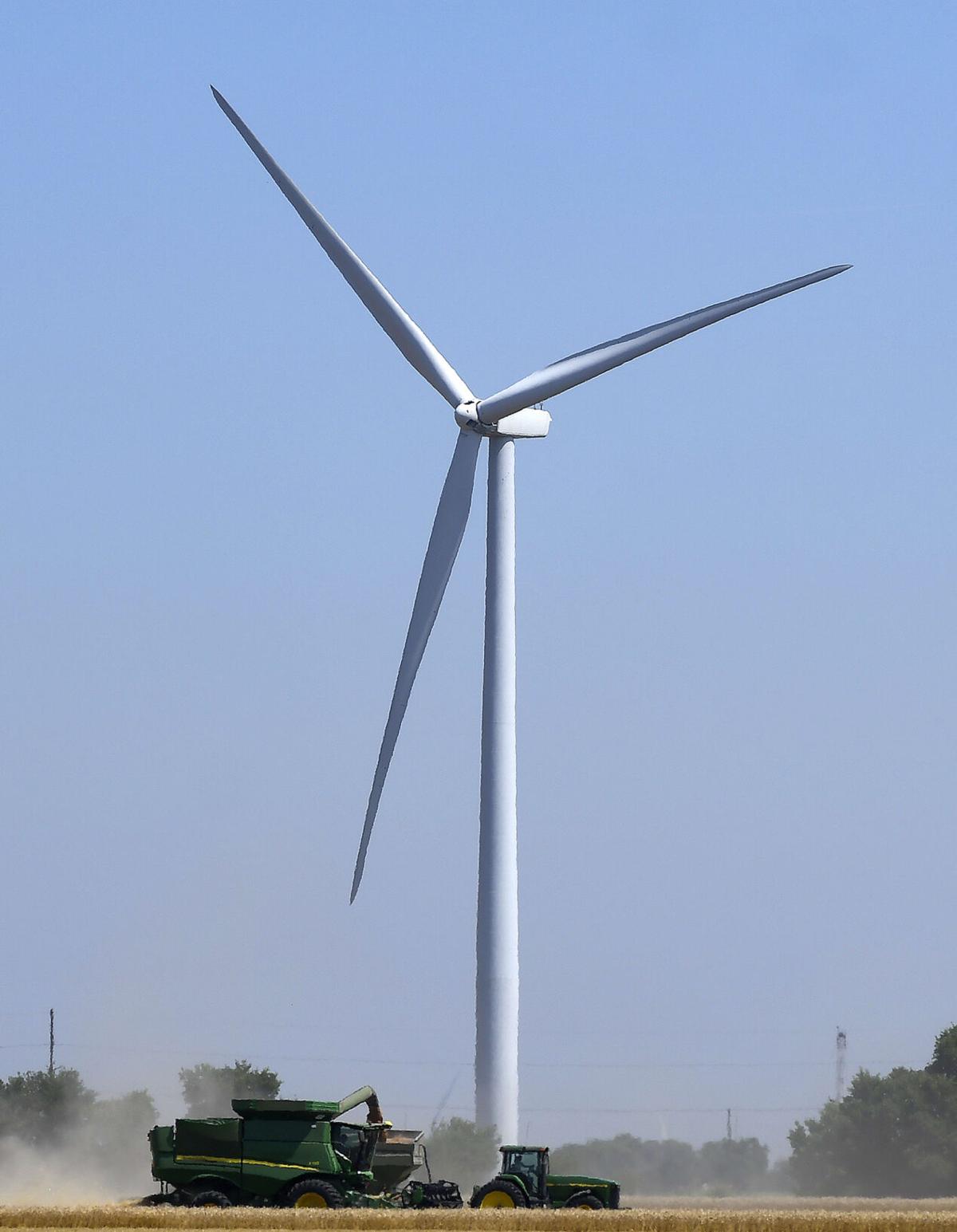 It was an unusual wheat harvest for producers across the state in 2021. After surviving a couple late spring freezes, most began cutting well past last year’s completion date.

In late-May, Oklahoma weather took a wet and humid turn that delayed combines by a couple weeks.

Several state farmers weighed in on an overview of the year.

The Ferrell family spent 10 days harvesting the WestBred varieties 4303, 4515 and 4458, along with Doublestop, a two-gene Clearfield wheat variety that allows producers to spray for cheat and rye. Yields ranged from 45 bushels to 80 bushels per acre, with averages between 60 and 65.

“We saw a little bit of Italian rye grass, but rye is our biggest battle,” Ferrell said. “We were pretty pleased with this year’s yields. Our market strategy depends on the year, and this year we sold some and stored some.”

Jones and her husband harvested wheat for 15 days in June, working mostly with milling varieties, including WestBred 4515 and 4269 as well as several from Oklahoma State University. As one of a dwindling number of canola producers in the state, canola is a critical element of their crop rotation.

“Last year was a home run year that God gave us with almost 100-bushel-to-the-acre wheat,” Jones said. “That wheat was harvested after planting canola on it the year before. We couldn’t raise one without the other — they depend on each other.”

Fungicide application proved a valuable move for their operation in 2021. Although they were one of the last operations in the area to begin harvest, they view fungicide treatment as a worthwhile investment.

“Extension research has shown us that in humid years with warm temperatures, rust is growing,” she said. “Fungicide application slows down the ripening process, but the berries in the wheat heads are plumper and fuller.”

This year’s yields ranged from 42 bushels to 73 bushels to the acre. They forward contract about one-third of their crop and usually sell within one month of harvest.

The Snelsons plant between 1,000 acres to 1,100 acres of wheat as a cash cover crop for no-till soybeans. Their 10-day harvest of the Zenda and Everest varieties involved a few stops along the way to plant beans or tend to equipment breakdowns. Yields ranged from 10 bushels to 50 bushels per acre, depending on plant date. Test weights were around 60 to 62 pounds per bushel with 9% to 10% protein.

“The early wheat did fairly good. We planted Zenda in October. The Everest we planted Nov. 20 looked good, but 25% of it had nothing in the heads,” Steve said.

With strong wheat prices, most of the Snelsons’ crop was sold straight off the combine and shipped to the Port of Catoosa.

Tatum’s wheat varieties included Misco, Endurance, Gallagher and a beardless soft red winter wheat he plants typically for grazing. Yields averaged 50 bushels to the acre, ranging between 22 and 80. Rust was a threat, but the varieties he used provided resistance to any major fungal issues. Tatum said the bigger problem involves a current invasion of Italian rye grass.

“It’s worse than wild oats or cheat. It’s everywhere, and I don’t know how we’re going to get rid of it,” he said. “The stuff flourished in late spring, and our crop was still 10% rye grass after the combine worked to clean it up.”

Tatum’s post-harvest market strategy involves forward contracting some of his wheat while monitoring futures closely to determine long-term plans. He said one of the main takeaways from the year was the delayed start date.

“This is the first year in a long time that I can remember we weren’t harvesting in May because the wheat just wasn’t ready,” he said.

The graveside service for Jeanette Langton is this morning at 11:00 in the St. Rose of Lima Catholic Cemetery in Perry, Oklahoma, under the direction of Henninger-Hinson Funeral Home.

November 11, 1932 - September 17, 2021 Funeral services for Lavina McLaren will be 10:00 a.m. Thursday, September 23, 2021, in the Ladusau-Evans Chapel, with Rev. Gail Edmison officiating. Cremation arrangements and services are under the direction Ladusau-Evans Funeral Home. Lavina was born…