ENID, Okla. — Plans are in place to sell and close the GEFCO, Inc., plant in Enid, but the company's expected buyer plans to retain the brand name, a "substantial number of employees" and some presence in Enid.

Vince Trotta, president of GEFCO, Inc., said a verbal agreement is in place between GEFCO's parent company, Astec Industries, and an "unnamed third party" to purchase GEFCO, and to subsequently close the plant. 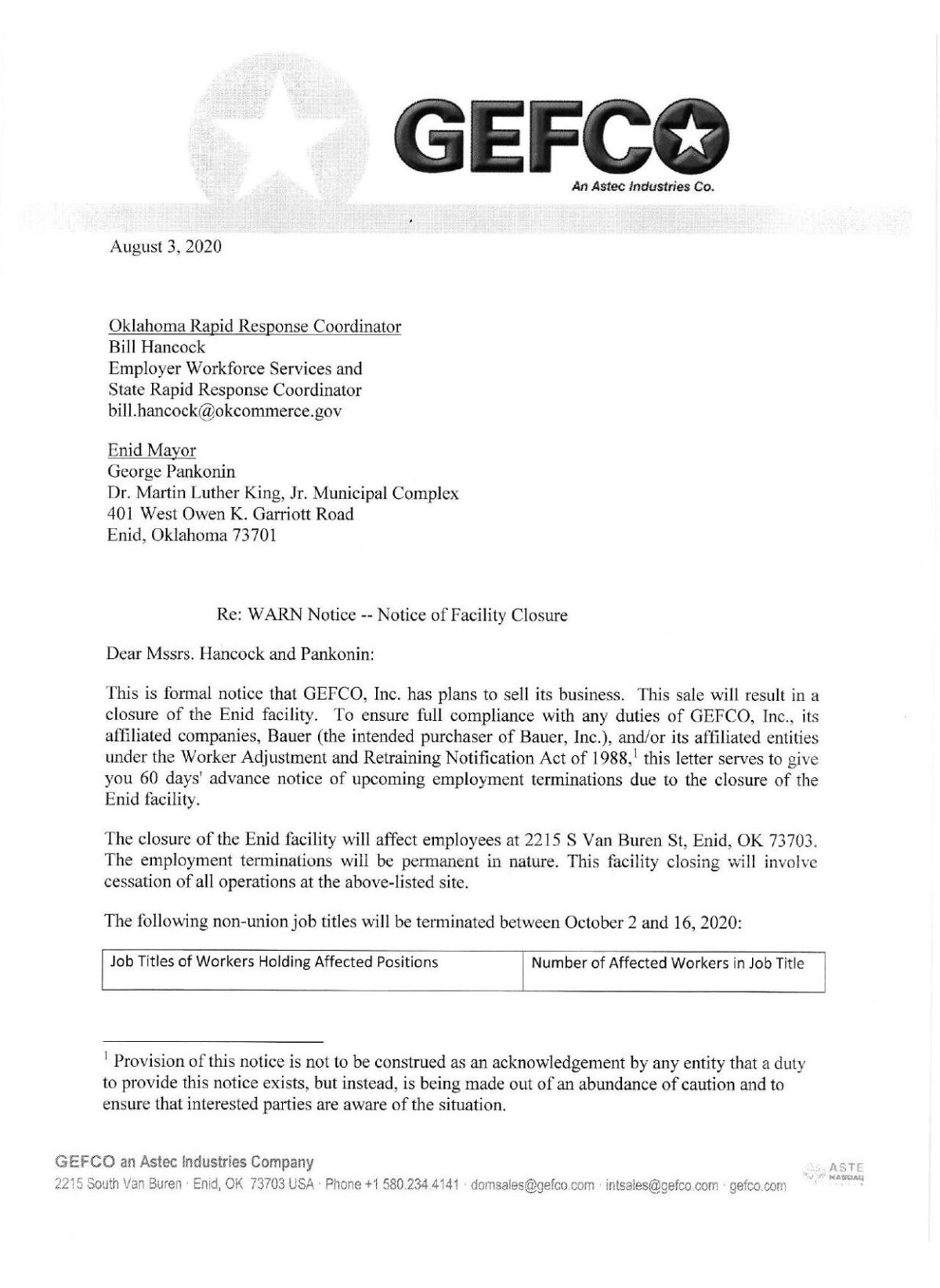 Trotta said GEFCO filed a Worker Adjustment & Retraining Notification Act (WARN) notice Monday, Aug. 3, 2020, with the city of Enid and state of Oklahoma. A WARN notice is required before any facility of 50 employees or more closes, and must be filed at least 60 days before employee layoffs.

Trotta told the News & Eagle 96 employees currently work at GEFCO, and that number has been stable since March. According to a company statement from December 2019, the company then employed about 150 workers.

BAUER Equipment America, Inc., a Conroe, Texas-based drilling and mining equipment company, confirmed Thursday it is in talks with Astec, Inc., over the proposed sale, but BAUER CEO Jochen Grundmann said a letter of intent has not yet been signed. He said that would be the next step in the process.

Grundmann said BAUER intends to "continue the legacy of the GEFCO brand," will retain the GEFCO product name and plans to "retain a substantial number" of GEFCO employees in production, supply chain, engineering and service positions to continue manufacturing GEFCO products in a new location.

Grundmann said the current GEFCO location will close, but BAUER is considering a GEFCO service location in Enid.

BAUER expects to issue a press release with more details on the sale and next steps for the GEFCO brand and workers within the next few days, Grundmann said.

“We hope such a buyer would retain our employees for its operations. In the event that is not the case, we will assist with job searches, unemployment registration, and other benefits.” — Vince Trotta, president of GEFCO

In response to request for comment, Astec Industries provided its December 2019 press release announcing its intent to sell GEFCO.