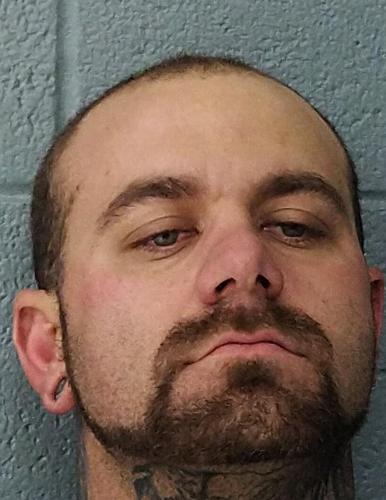 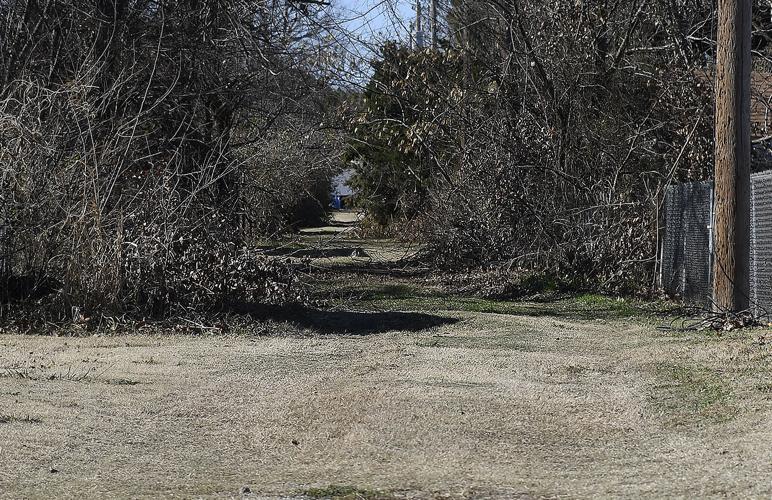 The body of a woman was found Sunday in the alley in the 700 block of West Nagel. (Billy Hefton / Enid News & Eagle)

The body of a woman was found Sunday in the alley in the 700 block of West Nagel. (Billy Hefton / Enid News & Eagle)

Shane Dale Perosi was booked into Garfield County Detention Facility on complaints of first-degree murder, possession of a firearm after former felony conviction and destruction of evidence.

Sunday afternoon, officers responded to a report of a woman found lying in the north alleyway of the 700 block of West Nagel. Upon arrival, officers found Ferguson had been shot and was dead, according to an EPD press release. Detectives were called to the scene and began their investigation.

Enid Police Department officers responded to a report of a woman found lying in the north alleyway of the 700 block of West Nagel Sunday afternoon, Nov. 29, 2020.

Around 2 p.m. Tuesday, officers and members of the EPD’s SWAT team served a no-knock search warrant at 601 W. Rush. During the search, evidence related to Ferguson’s murder was found inside the residence, according to police.

In an interview, Perosi confessed he shot and killed Ferguson, saying he’d done so to teach her a lesson, according to the EPD release. During his booking, Perosi again said he had murdered Ferguson and was glad he’d done so, police reported.

EPD Capt. Scott Miller complimented officers and detectives for their work on the investigation.

“They did a very good job, were very persistent and conducted a non-stop investigation,” Miller said. “They brought closure to the victim’s family and have made our community safer with the arrest of their suspect.”

Over the past three days, detectives worked more than 280 hours investigating the case, not including the hours patrol officers and the department’s crime scene technician worked.

Funeral arrangements for Ferguson are pending with Brown-Cummings Funeral Home.