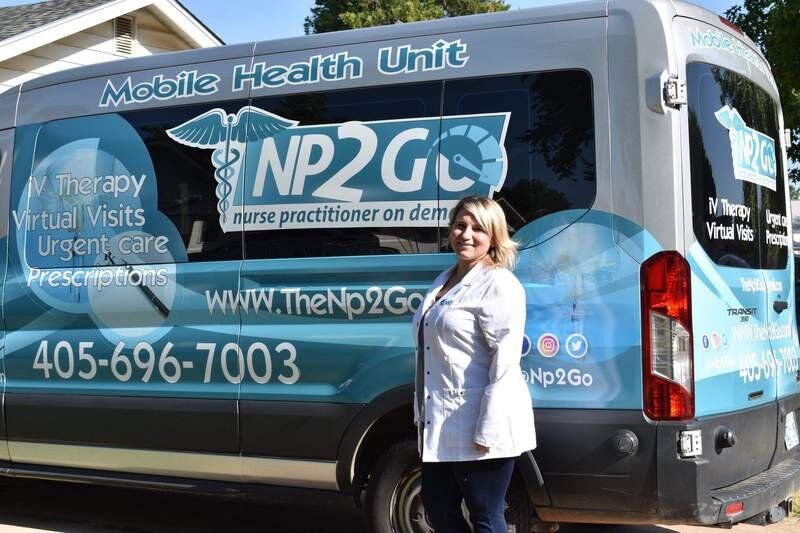 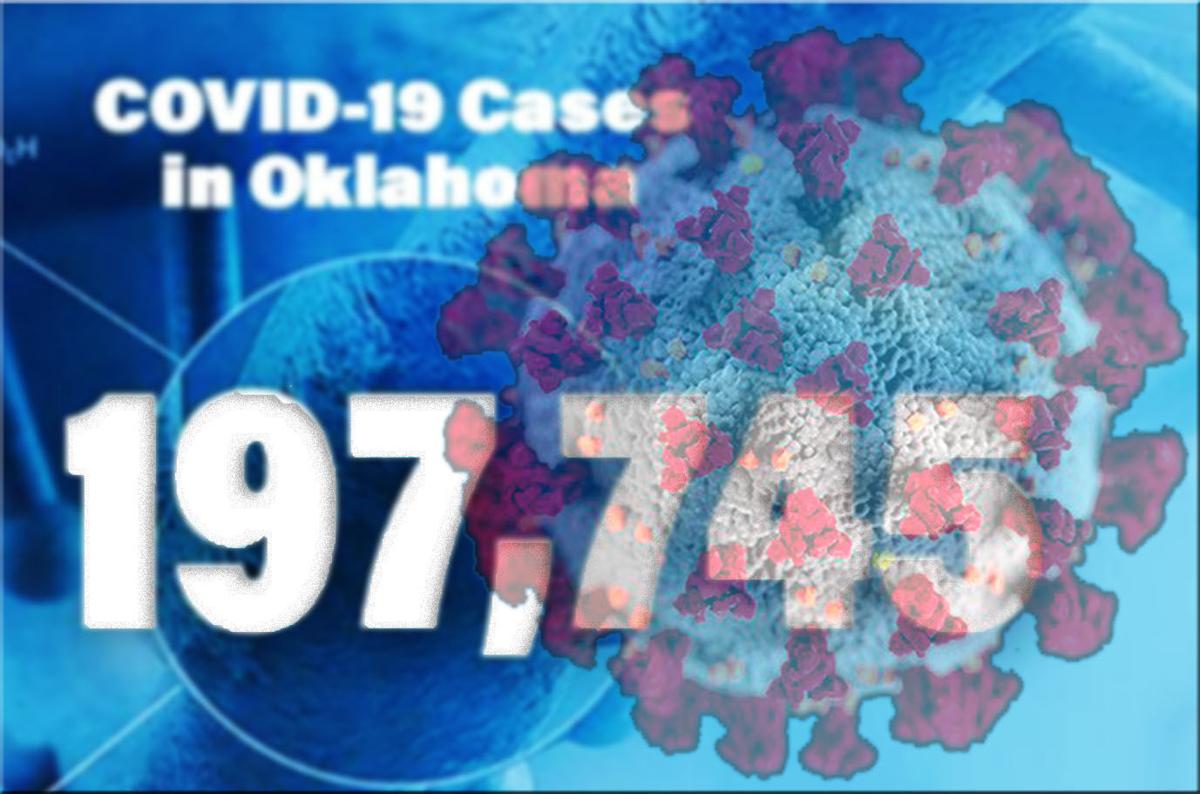 ENID, Okla. — As the number of COVID-19 cases grows across the state, one Enid graduate, Oklahoma nurse and stepdaughter to an Enid resident fighting the virus wants residents to realize the seriousness of the situation.

De La Pena said her stepfather started to feel ill about eight or nine days ago, but his symptoms were mild after he was diagnosed with COVID-19. This past holiday weekend, however, things started to get worse as he became short of breath, she said.

He arrived at St. Mary’s Regional Medical Center emergency room around 2 p.m. on Saturday, but the hospital’s ICU was full. She said he remained in the ER for another 10 hours as health providers searched Oklahoma and surrounding states for bed space to help treat his COVID-19 symptoms.

He finally found an ICU bed in Oklahoma City around midnight, De La Pena said, and was taken there via ambulance as his condition warranted.

Krista Roberts, CEO at St. Mary’s Regional Medical Center, has said in the past that kind of coordination and cooperation should be expected.

“As a regional medical center, St. Mary’s accepts all patients if we have the capacity and capability to provide the care required,” she said. “We continue to accept transfers from within and out of our region, as we provide specialist care that is not always available in outlying areas. Hospitals across the state are working together in an effort to ensure medical services are available as Oklahomans need them.”

Officials at both St. Mary’s and Integris Bass Baptist Health Center said Monday they work closely with the regional emergency management coordinator to identify other facilities with bed capacity. Transfer of patients via ambulance or air transport, depending on severity, also may extend the time until the patient is transferred.

“During this time, the patient receives the same level of care as they would if admitted,” said Martha Syms, RN, director of patient safety at St. Mary’s. “Unfortunately there are times we exceed inpatient capacity and it is at those times that patients may be held in the Emergency Department until appropriate bed placement can be located at another facility. This may take numerous phone calls.”

She said the ICU at Bass has been full with patients since Wednesday.

Because of a policy not allowing family visitors due to the contagious nature of COVID-19 and because the nurses and providers are overwhelmed, it is hard to get updates, De La Pena said, which has been hard on her mother, who also is a nurse locally, and the family.

Her stepfather’s condition was stabilized and he was placed on a bi-pap machine, which is not a ventilator but a machine that helps push air into the lungs to supplement a patient’s breathing. De La Pena said that the update Sunday from Oklahoma City health care providers was they would try to wean down the oxygen levels.

She said the issue is not a political one, but it is one of responsibility and love for fellow man.

“There is a dire need to stop gathering in large groups, social distance and wear your masks,” De La Pena said, “and do that out of the love for the people in your community.”

Oklahoma saw an increase of 2,200 new COVID-19 cases Monday, with Oklahoma State Department of Health reporting seven more deaths across the state. None of the deaths were in the Enid area or surrounding Northwest Oklahoma counties.

The 1.1% increase in COVID-19 cases brings the overall total to 197,745 in the state since the virus was first confirmed in Oklahoma in March, according to OSDH data.

There have been 1,743 Oklahomans who have died, according to OSDH data provided Monday.

Deaths reported Monday were all in the 65 and older range: four men in Creek, Oklahoma, Rogers and Tulsa and three women in Okmulgee, Pawnee and Stephens counties, according to OSDH.

Adult ICU bed availability in the state was at 6% and medical/surgical beds were at 14% availability statewide, with a 97% hospital response rate, according to the Executive Report. That same report shows hospitals in the Northwest region for OSDH with 65 COVID-19 cases, or 19.5%, and three persons under investigation for the virus. There were 834 individuals seen in hospitals in the 24 hours prior to the report who self-quarantined.

There have been 37 deaths in Garfield County, with 35 from Enid and three from Lahoma. The discrepancy between county and city totals pre-dated the Lahoma deaths and most likely falls in the Enid count, as county numbers, more widely shared, are accurate, according to OSDH public relations firm Saxom.

Northwest Oklahoma county case increases on Monday also included 26 in Woodward, nine in Blaine, six in Kingfisher, four in Alfalfa, three each in Grant and Noble and two in Major and Woods, according to OSDH.

There have been 103,769 Oklahoma women and 93,906 men who have tested positive for COVID-19, according to OSDH as of Monday. There were 70 designated as unknown gender.

Data shows deaths in 72 of Oklahoma’s 77 counties, with 292 in Oklahoma; 269 in Tulsa; 128 in Cleveland; 65 in Rogers; 51 in Creek; 47 in Washington; 45 in McCurtain; 39 in Delaware; 37 in Garfield; 35 in Wagoner; 33 each in Comanche and Muskogee; 32 in Caddo; 31 in Jackson; 28 in Canadian; 26 each in LeFlore and Lincoln; 25 in Kay; 23 each in Grady and Pottawatomie; 22 in Ottawa; 21 each in in Okmulgee and Pittsburg; 19 each in Mayes and Payne; 18 each in Bryan and Osage; 17 each in Beckham, McClain and Stephens; 16 in Custer; 15 in Garvin; 14 each in Carter and Sequoyah; 13 each in Adair, McIntosh and Okfuskee; 12 in Texas; 11 in Pontotoc and Seminole; 10 in Cherokee; nine in Pawnee; eight in Greer; seven each in Hughes and Woodward; six each in Haskell, Kingfisher, Kiowa and Pushmataha; five each in Grant, Johnston, Murray, Nowata, Roger Mills and Tillman counties; four each in Choctaw and Noble; three each in Cotton, Craig, Latimer, Logan and Marshall; two each in Beaver, Blaine, Harper, Jefferson, Major and Washita; and one each in Atoka, Coal, Dewey, Love and Woods.

As of Monday, there were 329 inmates and 166 employees testing positive for the virus across the state, according to the Department of Corrections website.

Inmates in isolation and quarantine included 54 and 109 at Bill Johnson and 57 and 917 at James Crabtree. There were four in isolation at Enid CCC, according to the DOC website.

• Kingfisher with 909 cases, 780 recovered, 123 active and six deaths, three from Okarche, two from Hennessey and one from Kingfisher;

• Grant with 212 cases, 182 recovered, 25 active and five deaths, two from Wakita and one each from Deer Creek, Lamont and Medford.

ENID - A private family graveside for Bonnie Williams will be at 1:00 p.m. today at the Fairview Cemetery under the direction of Ladusau-Evans Funeral Home. Family has requested everyone wear a mask and socially distance.

ALVA - Graveside services for Robert Eugene "Shorty" Koehn, are 10:00 a.m. Saturday, January 23, 2021, at the West New Hopedale Cemetery north of Ringwood. Interment is under the direction of Marshall Funeral Home of Alva.