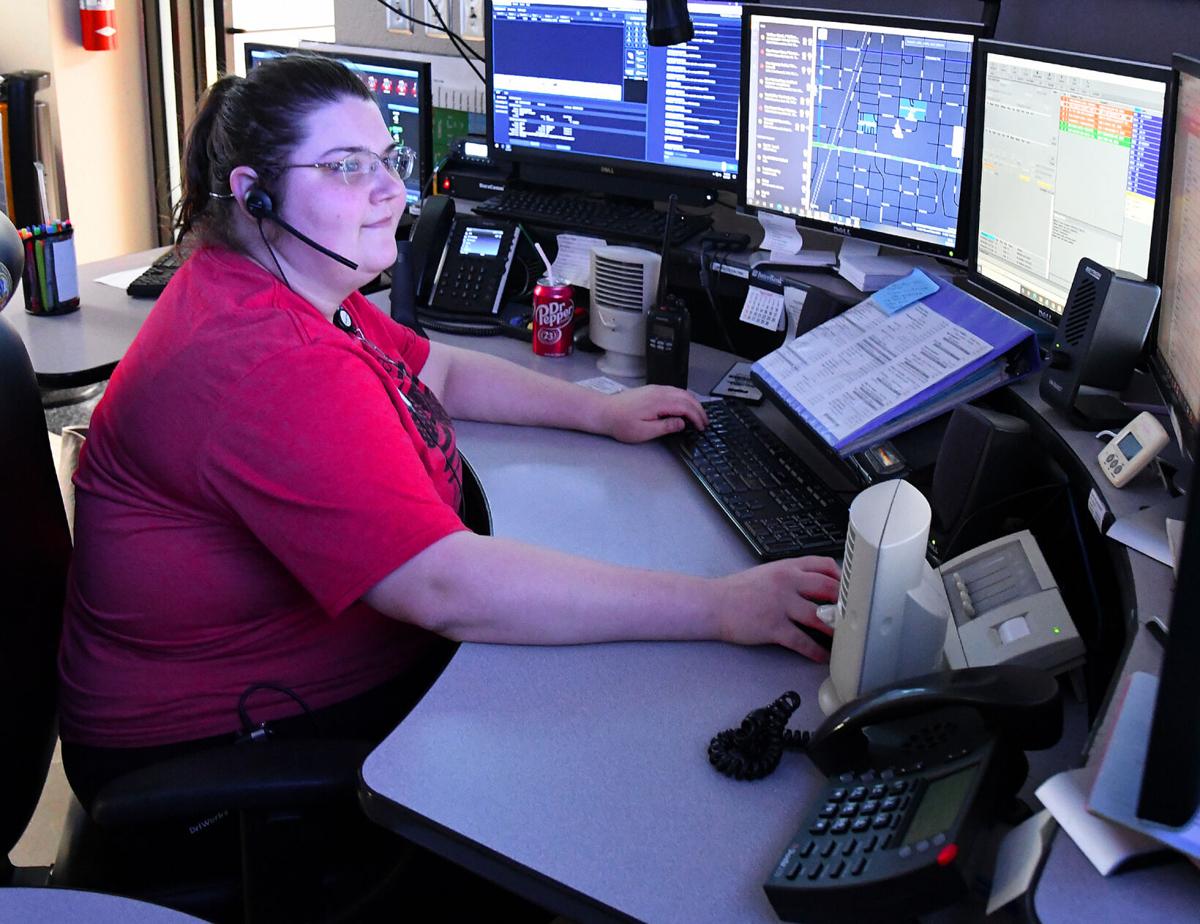 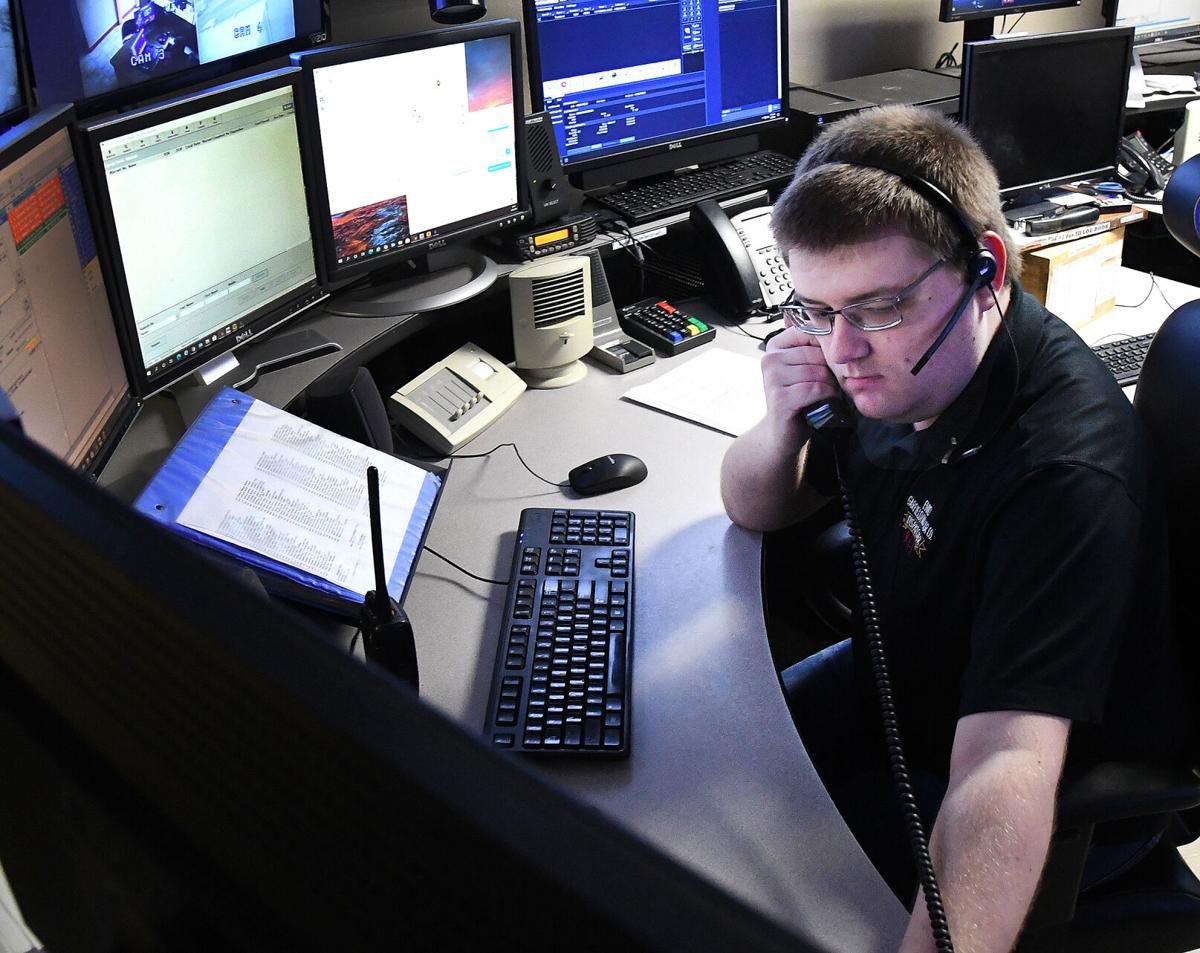 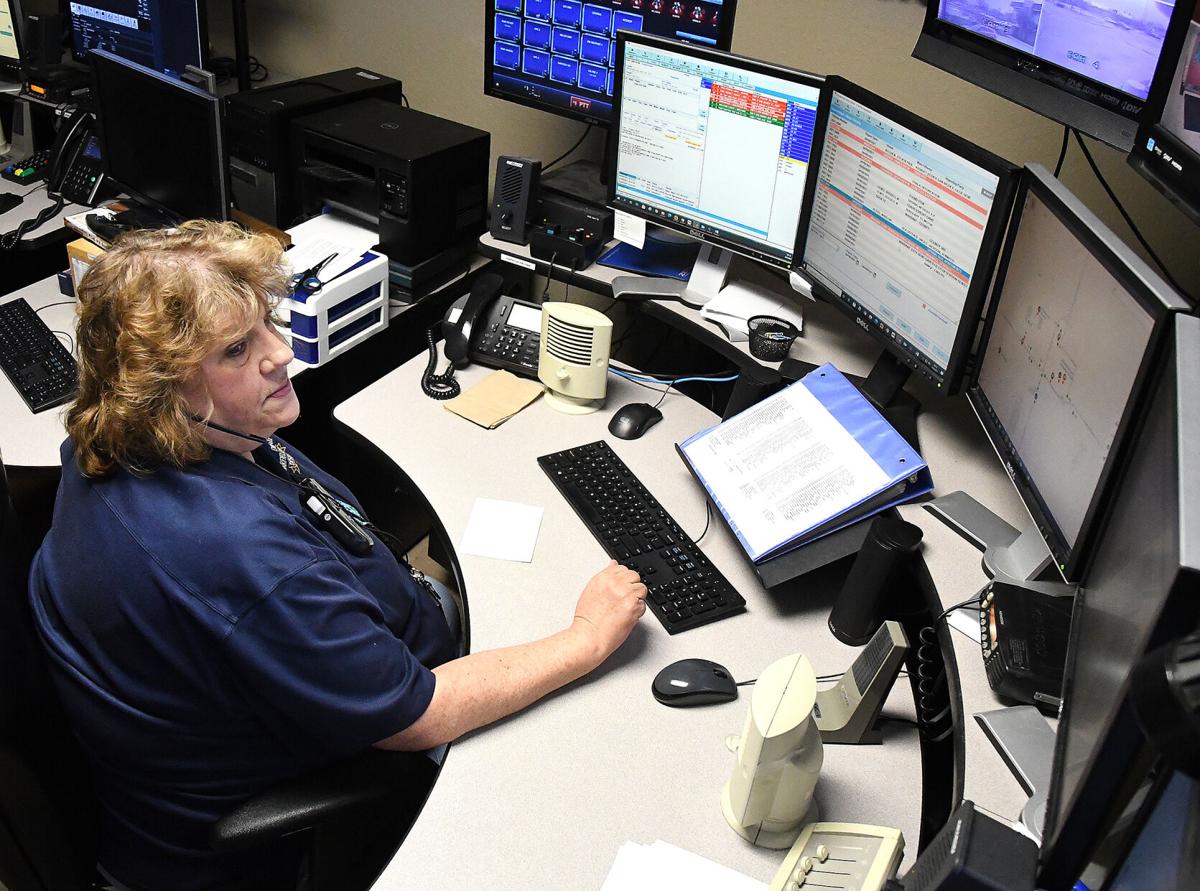 ENID, Okla. — A call comes in to the Enid Police Department’s communications office.

“911, what is the location of your emergency?” a voice calmly says into the phone.

The voice, often unknown to the caller, then figures out what’s going on and where — anything from a domestic disturbance to a medical emergency — and sends out the appropriate help, whether it’s an officer, a firefighter or an EMT.

One such voice belongs to Erica Moses, a dispatcher in Enid for 12 years whose blood runs gold.

It’s the color that represents dispatchers — much like police officers are with blue and firefighters with red.

“(Dispatchers) are behind the scenes — we’re the voice in the dark,” said Moses, who works for the Garfield County Sheriff’s Office. “Nobody ever sees our faces. Nobody ever knows who we are.”

But starting Sunday, this week is National Public Safety Telecommunicators Week, a time to recognize all the behind-the-scenes, in-the-dark work dispatchers like Moses do.

The ins and outs of dispatch

Four dispatch centers operate in Garfield County: the EPD dispatch center, which is where all 911 calls go to first, as well as the Sheriff’s Office’s, Oklahoma Highway Patrol’s and Life EMS’.

Tens of thousands of calls come in each year.

McFadden called dispatchers the “unsung heroes” in the system.

“They are the ones transferring the call to the ambulance to make sure you get somebody out there,” she said. “They’re the ones dispatching the fire department to every single call. Obviously, they dispatch the police. They stay on the phone to comfort you and make sure you get the help you need.”

The EPD dispatch center currently has 14 dispatchers, one supervisor and McFadden, its coordinator. Dispatchers work 12-hour shifts most days except Wednesday when each one works a four-hour shift. The other dispatch centers in the county have up to 10 and work either 12- or eight-hour shifts.

It takes about one full year to train to become a dispatcher, McFadden said. When first hired, a dispatcher learns city policies and geography for two weeks before they go to call-tech training to learn how to answer phones. That lasts about 32 days.

When a call comes in, an EPD dispatcher will answer it, then either send out first responders or transfer the call to another dispatch center if it’s out in the county, on the highway or requires medical treatment.

‘You could save a life’

Erica Moses worked with EPD dispatch for eight years before taking a break in 2016, saying she wanted to do something different.

But once she was called back to the job in 2017, when she went to the county dispatch center, she went right back to it.

The average work lifespan for a dispatcher in one place is three to five years, McFadden said, because of the stress — so it’s unusual for Anthony Caywood to have worked with EPD dispatch for more than 22 years.

Being able to help people is what has kept Caywood at the job for so long, he said.

“I knew that what I did was something that was helpful with getting people the help they need,” Caywood said.

He has also developed a method of keeping people calm when they’re on the phone with 911.

“You have to feel it out,” he said. “You bring your voice level down … They’re excited, and you don’t go up to their excitement level — you bring it down. If you have to get close to their level, and walk them down.”

Carmen Ross has been with EPD dispatch for almost three months, but like Caywood, said she looks forward to potentially saving a life.

“One of us probably saves at least one life a day,” Ross said. “Accidents or medicals or mental issues or anything like that — that’s my thing is knowing that coming to work, you don’t know what you’re walking into. You could save a life.”

Haske said the dispatchers that work at Life EMS are trained on how to give life-saving measures over the phone, such as CPR and how to stop someone from bleeding.

“I know everyone doesn’t come in and is able to see us,” Haske said. “We’re just a voice on the other line, but it’s nice to know that we can be recognized.”

For most typical calls, McFadden said, dispatchers will stay on the phone to get continual updates on what’s happening and to just be there for people.

Doing that is an important part of the job, Garfield County Sheriff Cory Rink said.

“You definitely want to know somebody, the operator, on the other end of that line is going to give them the help they need and talk them through any situation that might arise,” Rink said.

Other traits and skills that Siemens said he looks for are trustworthiness, dependability and an overall good character.

Each center has planned to recognize and celebrate dispatchers because they have an important role in law enforcement, said Undersheriff Shawna Pitman, who oversees the Garfield County dispatch center, which she called the “simple” part of the job.

“I think it is important to take a week to pay homage to them just like it is any other role that we pay homage to,” she said.

McFadden, Pitman, Haske and Siemens all said they have a great group of dispatchers to work with and want to recognize all the hard work they put in 24 hours a day, seven days a week.

Rink said not only are dispatchers in the county ones to appreciate, but all over the United States.

“Every time the phone rings, you don’t know what’s going to be on the other side — what kind of situation they are going to be put in,” said O’Rourke, who is giving dispatchers the chance to wear jeans to work in honor of National Public Safety Telecommunicators Week. “You never can tell the situation, and they have to maintain their cool, be calm, calm people down, and then get the appropriate help … It takes a real special person to do that.”

When a person dials 911, the call goes to the dispatcher.