ENID, Okla. — An Enid resident is one of 11 deaths associated with COVID-19 announced Saturday by the Oklahoma State Department of Health. The total number of cases climbed in a single day by 1,017 to top out at 68,659.

It was the third consecutive day the OSDH named a death from Garfield County. All 17 of the county's deaths have been Enid residents, according to OSDH data.

Deaths announced Saturday on the OSDH website were six women and five men, with seven in the 65 and older and four in the 50-64 age groups. In addition to Garfield, counties of residences were two in Creek and one each in Bryan, Delaware, McCurtain, Muskogee, Oklahoma, Okfuskee, Stephens and Texas. 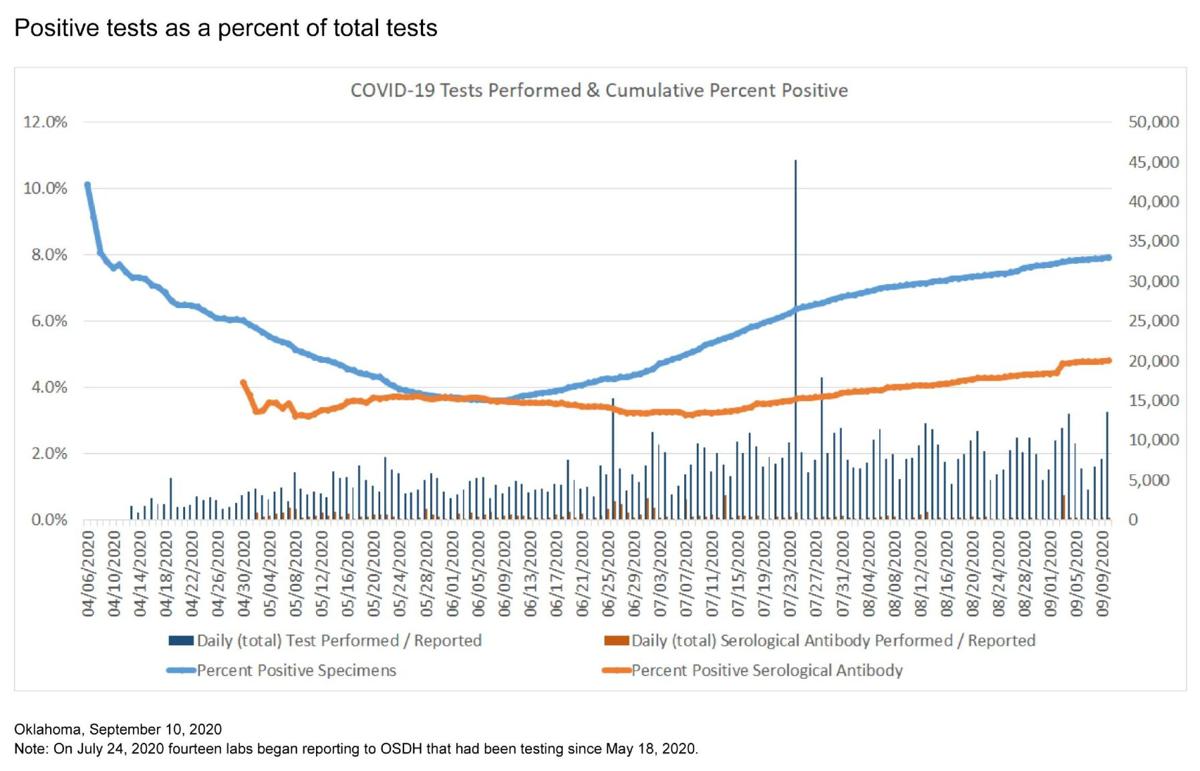 Oklahoma ranks 27th in the number of cases of the virus in the nation and 27th in cumulative incidence per 100,000. 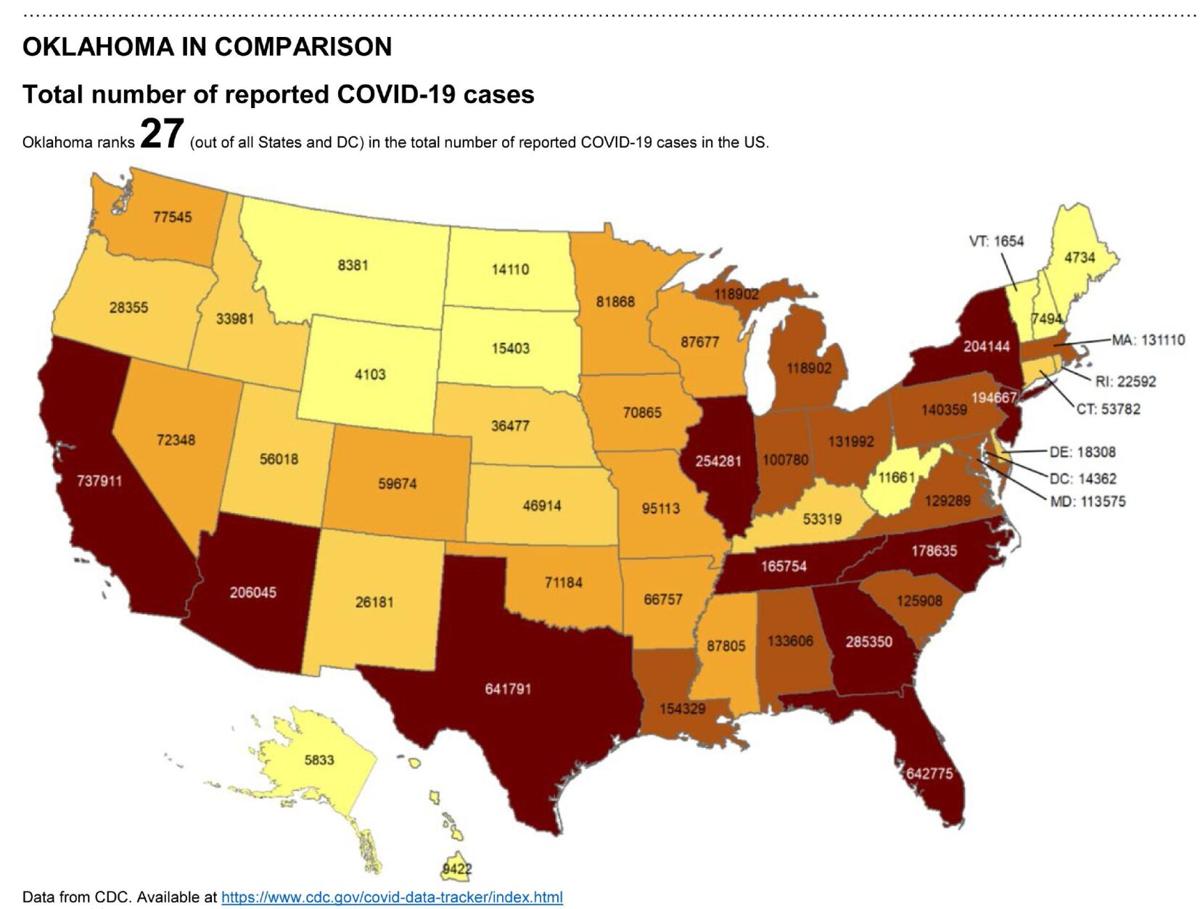 Those testing positive for COVID-19 and seeking hospital care were down 16% in a week-to-week comparison released by OSDH on Friday.

Garfield County led the case increases in Northwest Oklahoma Saturday, with an additional 20 for a total of 1,276 with 272 active, but gains were in the teens for two other counties in the region. Alfalfa County went from lowest to third-lowest, with 16 additional cases bringing its total to 36, with 20 active, according to OSDH. Woodward County saw an increase of 14 cases reported, with 48 of its 149 cases active.

Other Northwest Oklahoma county case increases on Saturday were five in Kingfisher, three each in Major and Noble, two in Blaine and one in Woods. Grant County saw a reduction of one case. Case increases in cities and towns included 17 in Enid, 16 in Helena, 13 in Fort Supply, three in Woodward, two each in Garber and Kingfisher and one each in Ames, Dover, Hennessey, Mooreland and Okarche, according to OSDH. Nash, Pond Creek and Seiling each saw a reduction of one case.

Of those Oklahomans testing positive, 36,326 have been women and 32,293 have been men. There were 40 listed as unknown gender, according to OSDH data on Saturday.

Data shows deaths in 64 of Oklahoma's 77 counties, with 174 in Oklahoma County; 144 in Tulsa County; 67 in Cleveland County; 45 in Rogers County; 40 in Washington County; 32 in McCurtain County; 27 in Creek County; 23 each in Delaware and Wagoner counties; 20 in Caddo County; 19 each in Muskogee and Pittsburg counties; 17 in Garfield County; 16 in LeFlore County; 13 each in Canadian, Kay and Osage counties; 12 in Comanche County; 10 each in Adair and Mayes counties; nine each in Jackson, Lincoln and Pottawatomie counties; eight each in Carter, Greer, Sequoyah and Texas counties; seven each in Cherokee and Grady counties; five each in McClain, Okmulgee, Payne, Seminole and Stephens counties; four each in Bryan, Garvin, Haskell, Hughes, McIntosh, Okfuskee and Ottawa counties; three each in Johnston, Pawnee and Pontotoc counties; two each in Choctaw, Cotton, Kingfisher, Kiowa, Latimer, Noble and Nowata counties; and one each in Atoka, Beckham, Blaine, Craig, Dewey, Logan, Love, Major, Marshall, Murray, Pushmataha, Roger Mills and Tillman counties.

In Enid, there have been 646 cases, with 504 recovered and eight deaths from the 73701 ZIP code, primarily the eastern half of the city, and 548 cases, with 421 recovered and nine deaths from 73703, or the western half, according to OSDH data on Saturday. There also has been one recovered case in the 73705 ZIP code, which is listed as Vance Air Force Base at https://www.unitedstateszipcodes.org/.