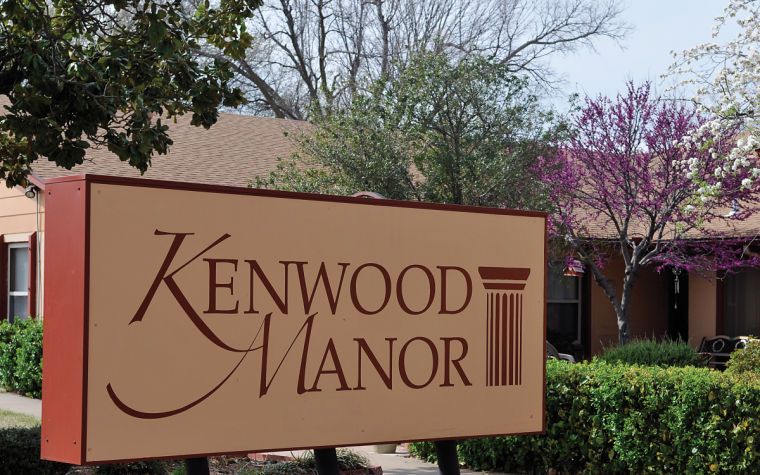 OSDH's Executive Order Report shows 14 cases of the virus among staff or residents of longterm or nursing home facilities in Garfield County, with 13 recovered and one death. A facility listing shows the death under Kenwood Manor, a longterm care facility at 502 W. Pine.

The administration at Kenwood Manor could not immediately be reached for comment.

Despite a county listing of 14 cases, the longterm care lists included in the Executive Order Report shows 15 recovered cases in Enid: five at The Living Center, a COVID-19-only facility, four at The Arbors and two each at Golden Oaks, Greenbrier and The Commons. 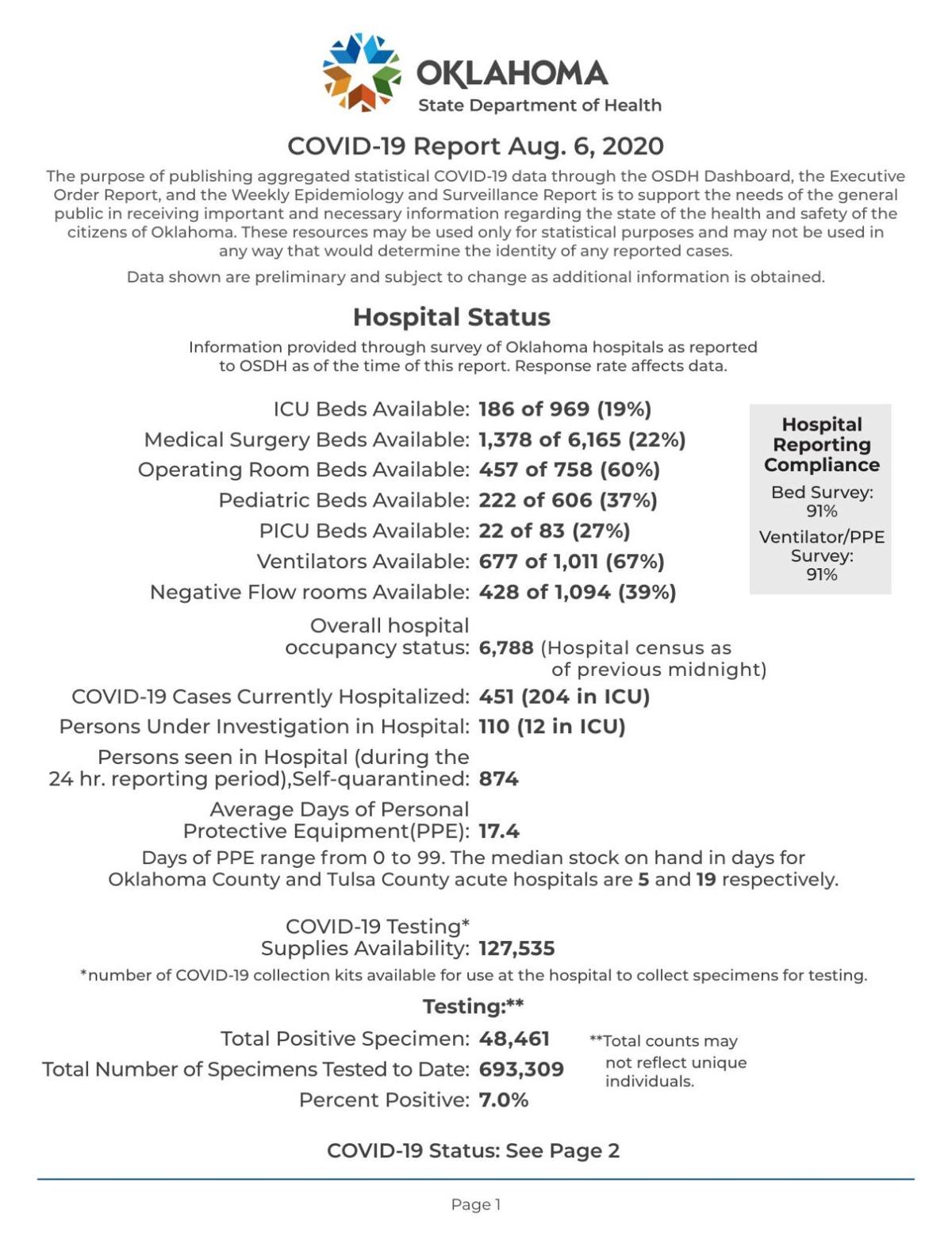 The evening report follows the OSDH's Thursday morning report confirming another 10 deaths related to COVID-19, including one in Garfield County, while the number of active cases decreased even as 837 new cases were announced statewide.

Garfield County gained another seven COVID-19 cases on Thursday, according to OSDH, bringing its total to 370, with 80 of those active, a decrease of seven since Wednesday's report. The county has gained a total of 72 cases in the last seven days, 33 of those reported Saturday, to bring the average case per day to 10.29 in the last week, based on OSDH data.

Enid Public Schools, which is making decisions based on the OSDH COVID-19 alert map that uses cases per day as part of its formula, will wait until that map is released Friday before making an announcement concerning the opening of school. The map is based on the last seven days from Friday through Thursday. As of Thursday, Garfield County was in the orange alert, or moderate risk, which means the county was seeing more than 14.39 new cases daily per 100,000 average population. Garfield County's population is listed at 61,056 based on 2019 estimated reported at census.gov.

"Currently we have plans to go to an A/B schedule," Jane Johnson, director of human resources and communications for the district, said Thursday. That schedule has half the district's students starting school Thursday and the other half on Friday next week.

Statewide, the number of overall cases reached 41,401 on Thursday, according to OSDH, a 2.1% single-day increase. Overall deaths was listed at 593 since the virus was detected, an increase of 57 in the last seven days.

With the reported death of a man in the 65 and older age group, Garfield County now has a total of five deaths associated with COVID-19, all Enid residents, according the OSDH. Other deaths reported Thursday by OSDH include three men from Marshall, Tulsa and Wagoner counties and three women from Canadian, Cleveland and Tulsa counties in the 65 and older age group and two women from Oklahoma and Pottawatomie counties and an Ottawa County man in the 50-64 age range.

Northwest Oklahoma counties reporting increases in COVID-19 cases included one each in Blaine, Kingfisher, Major and Woodward counties, according to OSDH data.

Active cases in the state fell by 110 to 6,488 on Thursday, and there were 34,320, just less than 83% of those who have tested positive for COVID-19, considered recovered, with 937 of those since Wednesday's OSDH report.

There have been 3,497 cumulative hospitalizations statewide, a single-day increase of 52, according to OSDH. Of those, 561 who have or are suspected of having COVID-19 were hospitalized as of Tuesday evening, a decrease of 82, with 216, an increase of nine in intensive care, OSDH reported in Thursday evening's Executive Report.

St. Mary's Regional Medical Center reported seven patients who have tested positive for COVID-19 were being treated Thursday afternoon, and Integris Bass Baptist Health Center had four patients, according to spokeswomen for the Enid hospitals.

Of those testing positive, 21,601 have been female and 19,763 have been male. There were 37 listed as "unknown" gender, according to OSDH data on Thursday.

Data shows deaths in 52 of Oklahoma's 77 counties, with 109 in Oklahoma County; 105 in Tulsa County; 55 in Cleveland County; 39 in Washington County; 28 in McCurtain County; 23 in Wagoner County; 19 in Delaware County; 16 each in Caddo, Muskogee and Rogers counties; 13 in Creek County; 11 in Kay and Osage counties; 10 in Comanche County; nine in Pottawatomie County; eight in Greer County; seven in Canadian, Grady and Texas counties; six each in Adair and Mayes counties; five each in Garfield, Jackson and Seminole counties; four each in Carter, Garvin, McClain, Payne and Sequoyah counties; three each in Ottawa, Pawnee, Pittsburg and Okmulgee counties; two each in Cherokee, Cotton, Lincoln, Noble, Stephens and Pontotoc counties; and one each in Beckham, Bryan, Choctaw, Hughes, Kiowa, Latimer, Leflore, Logan, Major, Marshall, McIntosh, Nowata and Tillman counties.