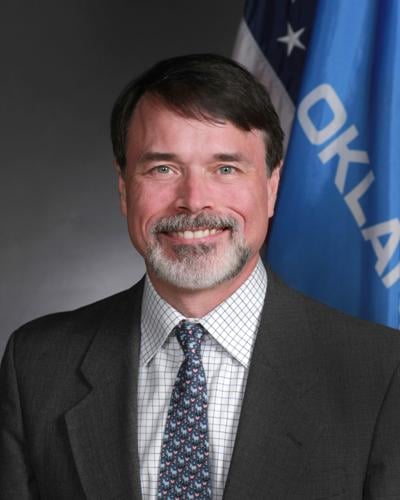 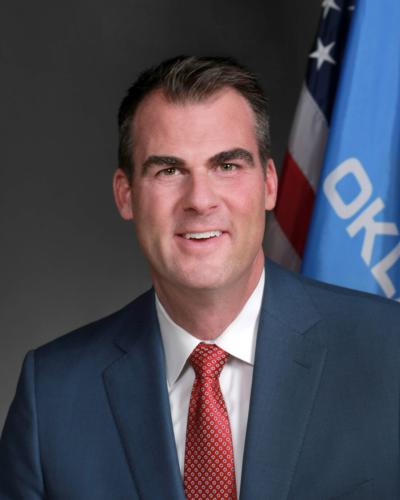 OKLAHOMA CITY — In a bid to keep schools open, Oklahoma’s governor Tuesday touted an “outside the box” plan that would encourage state employees to spend time each month substitute teaching for no additional compensation.

Critics of the plan said it comes too late and represents “a fundamental misunderstanding” of the state’s ongoing teaching shortage. They questioned how diverting resources from already understaffed state agencies would impact other services Oklahomans rely on, and asked how many overworked employees willingly would want to work in classrooms plagued with high infection rates for nothing more than their normal paycheck.

Gov. Kevin Stitt unveiled his plan amid record high COVID-19 infection rates that have sickened many teachers and students and forced hundreds of districts to close or to revert to virtual learning. Districts also continue to grapple with worsening substitute and staffing shortages.

“I’ve heard from concerned Oklahomans who recognize that the past few weeks have really created some new challenges,” Stitt said. “Many schools don’t have the staff or the substitutes to actually fill every single classroom.”

He said students deserve in-person instruction, and the state has a responsibility to ensure it.

Stitt said Oklahoma’s 32,000 state employees can immediately begin “helping out, stepping up to help our schools.” His executive order is in effect for 120 days.

Steven Harpe, Oklahoma chief operating officer, said the state is in such a great operational situation that leaders now feel like they can come up with labor to offset some public school needs. He said state employees would receive their normal pay but would not be eligible to be reimbursed by school districts for working in their classrooms.

“We’re looking forward to getting more community activity through our employees into the schools to help offset this problem,” Harpe said.

State Rep. John Waldron, D-Tulsa, a former school teacher, said Stitt’s plan is at least an effort to do something about the problem. However, he’s skeptical about whether it’s going to work. He said the time to prepare for the latest COVID-19 wave was before it hit, not in the middle of it, even though many people foresaw the highly contagious omicron variant coming and knew the state wasn’t going to be able to keep schools staffed.

He questioned what impact removing state employees from their normal roles would have on the delivery of other state services that Oklahomans rely on, and said it takes time to train each substitute and run background checks, so substitutes may not arrive until the crisis has passed.

And, Waldron asked what happens if state employees are no more eager than the general population to substitute teach in classrooms that he said are “awash in COVID.”

Waldron said he understands that there are legal hurdles that preclude someone from taking two state sources of income at one time, but the fact that there is no additional pay for state employees who agree to take on additional duties in an environment where infections are high is not going to be an incentive. State employees then will have to return to their normal jobs and catch up on backlogged work.

“Yeah, I don’t think we’re going to get a lot of takers for that,” he said.

He also pointed out that no superintendent was standing behind Stitt as he made the announcement at a press conference Tuesday afternoon, but a top business leader was.

“That tells you all you need to know,” he said. “They’re acting because business is concerned because workers can’t get to work. That suggests that they’ve used schools as a place to park other people’s kids so that the economy can keep riding along.”

In a statement, Oklahoma Public Employees Association said that since COVID-19, state employees have been stretched thinner than ever, and several agencies are “facing critical staffing shortages.”

“As state agencies move forward to assemble a volunteer list, OPEA urges agencies to guarantee that state employees volunteering at schools does not impact the core services they provide to their communities and the state,” said Tony DeSha, OPEA spokesman.

The group said agencies must clearly outline rules for employees choosing to volunteer, including expectations for missed work, how long they can volunteer and who is eligible.The state needs to also ensure state employees are fairly compensated for their normal duties.

Shawn Hime, executive director of Oklahoma State School Boards Association, said school leaders are working hard to serve students under difficult conditions, and education has always been a team effort in partnership with families and the community.

“We’re encouraged that more Oklahomans may now have the opportunity to help support students by serving as substitutes,” Hime said.

State Superintendent of Public Instruction Joy Hofmeister, who has said she plans to run for governor in the next election, said in a statement Stitt needs to do more.

“We all agree it is best for schools to be open, and I appreciate that the governor has finally recognized this crisis,” she said. “But we need caring, equipped teachers in classrooms and for the focus to be on learning. This gesture is a cup of water on a raging fire. The immediate problem is that we are in the middle of a tremendous surge, impacting more than schools. Oklahomans are seeing the ramifications of COVID in their workplaces, churches and families.

“With the stroke of a pen, the governor could untie the hands of schools to mitigate spread and allow hospitals to increase capacity. The governor could immediately deploy the National Guard to assist with school transportation and food services using millions of COVID relief dollars already in hand.”

Ryan Walters, Stitt’s appointed secretary of education, said he’s been meeting with school administrators for the past week, and they’re excited to have personnel come into their school, and are prepared to onboard “folks that are coming in from off the street.”

Walters said that process includes a criminal background check, which they’re trying to ensure is expedited quickly. A spokeswoman for Oklahoma State Bureau of Investigation said Tuesday that while the agency tries to get fingerprint background checks done quickly, it typically takes about 14 days to process them. That doesn’t account for delays on either end. She said OSBI has employees who also are out with COVID and unable to work from home.

State Sen. Carri Hicks, D-Oklahoma City, said Stitt’s executive order is “a short-sighted solution to the challenges our schools have been facing for 22 months during a global pandemic.” She said without mitigation efforts to protect student health and safety, she fears for the long-term effects of this “heavy-handed approach.”

“The executive order shows a fundamental misunderstanding of the problem,” she said. “It diminishes teachers’ contributions and expertise in the field of education, undermines the safety of our classrooms and ignores the complexity involved in educating a child. The shortage of highly qualified educators has been at a critical level for years and this executive order is a charade.”