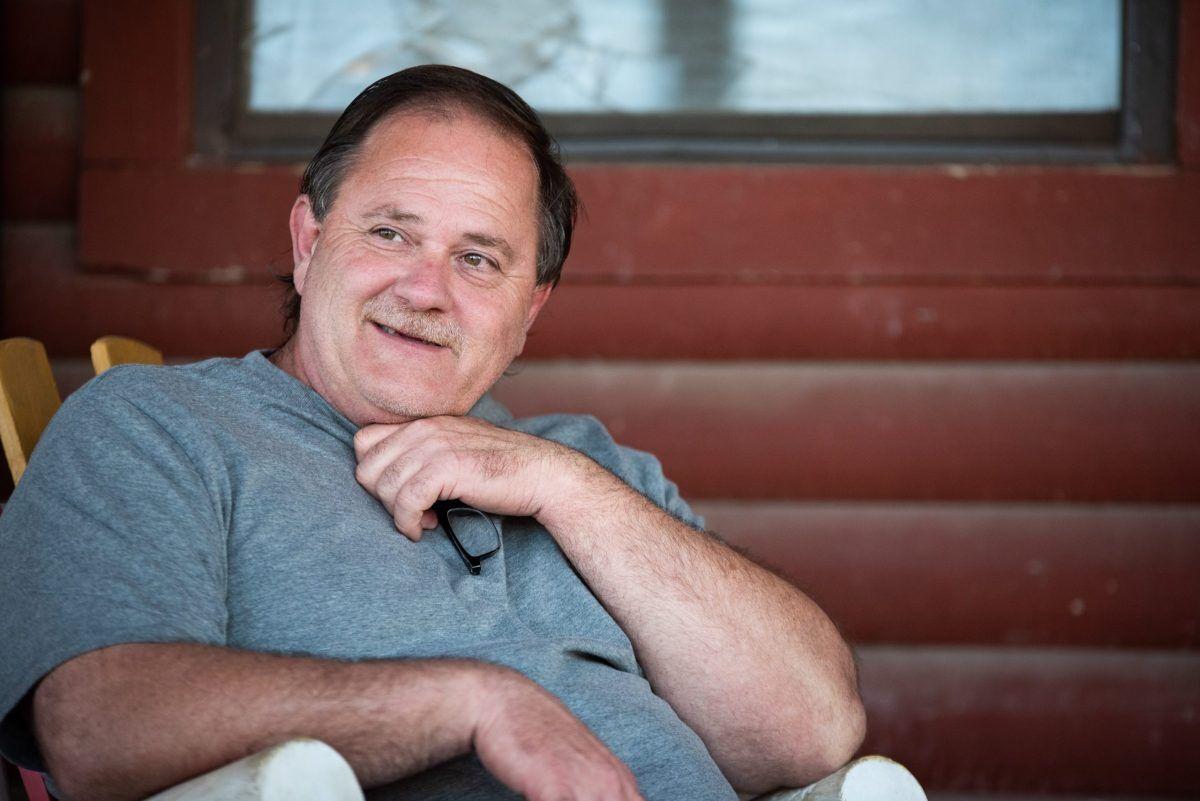 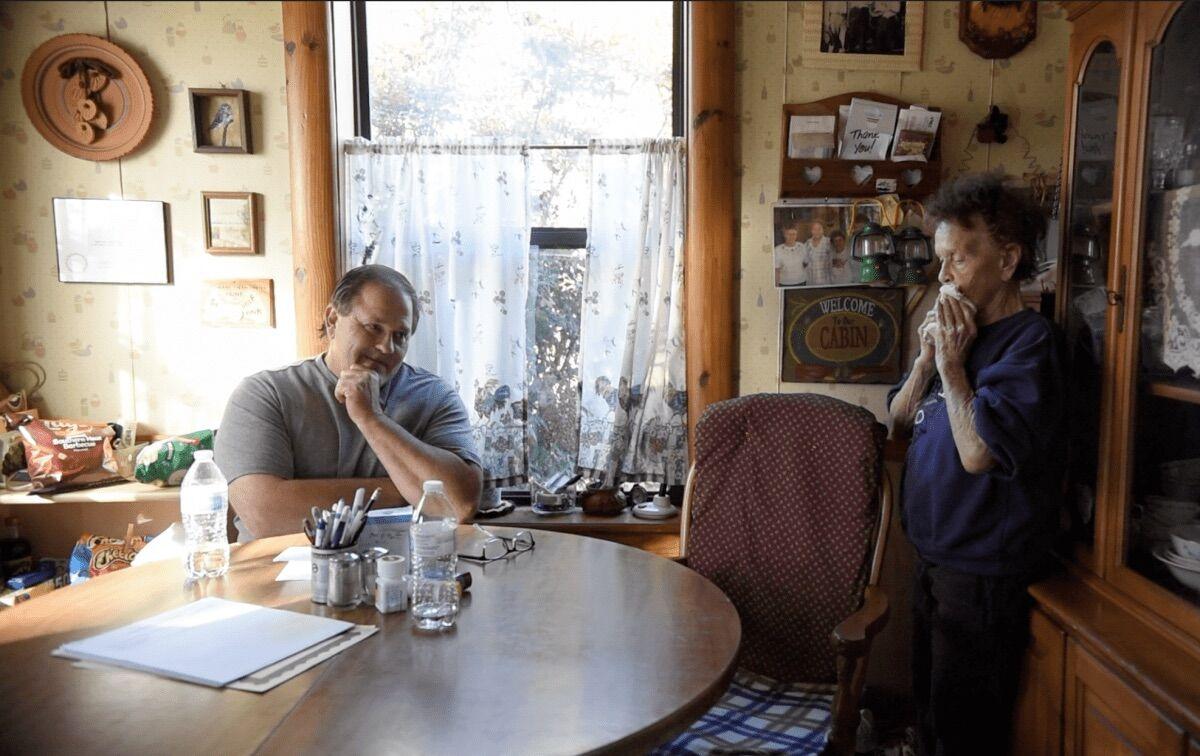 Robert Lavern, 52, talks with his mother, Glenda Bellamy, 86, in the dining room of her Talala home. 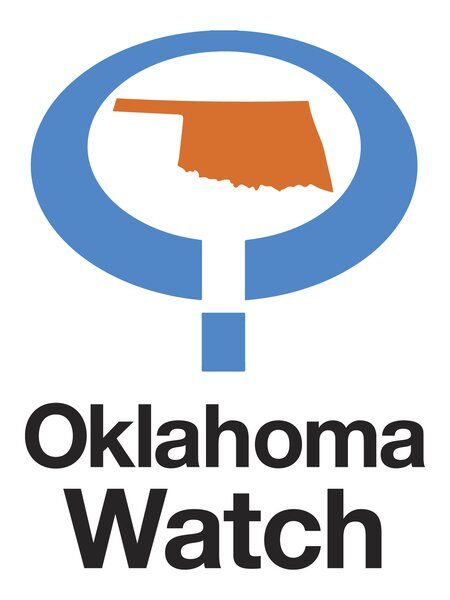 Robert Lavern, 52, talks with his mother, Glenda Bellamy, 86, in the dining room of her Talala home.

TALALA — Two weeks into his stay in Lexington Assessment and Reception Center, a guard approached Robert Lavern’s cell door and told him to gather his belongings.

Lavern was accustomed to moving. Over the course of four weeks, he relocated from his Talala home to the Rogers County Jail to Lexington, where newly sentenced male inmates are classified by security level and gang affiliation and then shipped off to prisons across the state.

This time there was no bus outside waiting for Lavern. It was mid-March, when Oklahoma schools were canceling in-person classes, restaurants were closing their dining areas and sports arenas and movie theaters went dark.

As Oklahoma Department of Corrections suspended visitation and mandated temperature checks for staff, Lexington staff was bracing for the pandemic.

“They had me in unit eight or nine,” Lavern recalls, “and they decided they were going to turn that unit into a quarantine unit.”

A guard led Lavern, a 51-year-old Talala man serving a six-month sentence for a felony drug offense, to the prison’s basement and locked him in a solitary cell.

Lavern remembers days spent in solitary confinement, reading through Psalms and Revelation, praying for his mother and children back home in northeast Oklahoma. As he sat alone in the dark cell, Lexington staff approached Lavern and informed him he would be transferred to William S. Key Correctional Center, a minimum-security prison in the Northwest Oklahoma town of Fort Supply.

Lavern knew Key would be an obvious upgrade from the solitary cell under normal circumstances. But the drawbacks of the facility are more pronounced during a pandemic.

By late September, 82% of inmates housed there had tested positive for COVID-19. Lavern was one of them.

As the DOC bus turned off the two-lane rural highway into Key, Lavern said he had one thing on his mind: Surviving the next six months and getting back home.

Home for Lavern is Talala, a rural community 37 miles north of downtown Tulsa.

He grew up running tractors and milking cows on a farm north of town. After high school he got married, started working as a truck driver and eventually saved enough money to buy a plot of land near the Oologah Lake. He and his wife built a house and raised three children there.

He attended Talala Christian Church and served as a volunteer reserve officer with the police department. His weekends were spent catching crappies and gathering for fish fries with friends and family.

Lavern and his wife divorced in 2010. Two years later, Lavern said one of his fishing buddies convinced him to try meth. They started using the drug and manufacturing it in Lavern’s home.

Rogers County Sheriff’s Office deputies were tipped off about meth production at the home and sent an undercover officer to buy drugs. In June 2014, Lavern was arrested and charged with possession of a controlled substance with intent to distribute. He pleaded guilty and received a 10-year deferred sentence, giving him a chance at avoiding prison.

He didn’t. Rogers County prosecutors asked a judge to impose a harsher sentence after Lavern’s August 2018 arrest for driving under the influence.

The judge sided with prosecutors during a Feb. 18 hearing, ordering Lavern to complete a six-month drug treatment program, with one stipulation: He had to complete it inside a state prison.

Lavern said the deficiencies of the housing area inside Key’s A West unit became clear after a few days. Mold accumulated on the floor and ceilings, especially in the restroom and shower area. Inmates were rarely allowed outside, and some prisoners used the abundance of free time inside to pursue hustles like drug dealing and gambling, Lavern said.

A greater concern than the gangs and drug dealers, he said, was a lack of social distancing and mask compliance inside A West.

On April 4, all state facilities received shipments of cloth masks that were distributed to inmates. A day later, the agency ordered its facilities to keep inmates inside their cells as much as possible. Staff and guards were instructed to wear masks at all times.

“It was ‘make sure you wear the mask in front of the camera,’” he said, “or you’d have one guard scream at you to wear a mask, and the next one is in the bathroom smoking a cigarette with two or three inmates without a mask.”

By the end of April, confirmed COVID-19 cases had been reported in all but seven counties in the state. By mid-May, Guymon, a city 109 miles west of Key and home to a Seaboard Farms pork processing plant, had the nation’s highest coronavirus infection rate.

As Texas and Kansas coped with raging prison outbreaks, confirmed COVID-19 cases in Oklahoma’s corrections system remained low through the middle of the summer. There were only 16 confirmed cases among staff and inmates as of July 15.

On that day, facing a $24 million budget shortfall, DOC made a decision that would trigger mass inmate movement. The board voted to close Cimarron Correctional Facility in Cushing, a private prison that housed 1,650 prisoners. All Cimarron inmates were transferred to other facilities by Sept. 1.

From mid-July through early September, corrections officials report that 4,518 inmates — making up one in five Oklahoma prisoners — were transferred to another facility.

Many of these inmates were not tested for COVID-19 before being moved.

“We’ve been working with the Department of Health this whole time, and depending on the moves and situations at each facility those decisions [on testing inmates] have been made,” Wolf said in September.

Lavern says dozens of inmates from Cimarron arrived at Key in July and August, crowding the open dormitory in A West and making it more difficult to social distance. He claims staff at the facility also put inmates in compromising positions.

“There was no separation whatsoever,” he said. “There never was the whole time I was in there. They’d scream and yell at you to wear a mask, but then they’d stick you in the lunchroom with a couple hundred people at a time. They’d line people up the whole length of the whole building to get their new masks.”

He recalls guards, with their mask hanging underneath their nose and mouth, bragging about large Fourth of July gatherings. In mid-August there was a tornado drill where hundreds of inmates crammed into a basement office area. Lavern says some wore masks, others didn’t.

As the virus spread to more prisons and social distancing remained next to impossible, Lavern said Key inmates were bracing for an outbreak.

The “when” was late August, when inmates in A Unit started coming down with common coronavirus symptoms like a cough and fever.

The inmates who informed staff of their symptoms were moved from A West to the solitary housing unit, normally reserved for inmates facing disciplinary action for fighting or disrespecting.

There’s no air conditioning, bed frame or television inside the solitary cells where inmates are locked down up to 23 hours per day, Lavern said. He claims the fear of isolation and being forgotten kept many from disclosing their symptoms.

While DOC can mandate mask wearing and health screenings, individual facilities must decide where to quarantine sick inmates, Wolf said. It typically depends on where they have the most space available. For example, staff at Eddie Warrior moved several sick inmates into a gymnasium away from the general population when faced with an outbreak in late August.

Wolf said he could understand why some Key inmates were deterred from informing staff of their symptoms and going into solitary confinement, but ultimately that action was necessary to try and contain the virus.

“Unfortunately, we have to do what’s in the best interest of all inmates, that always comes first,” he said. “So that involves tough decisions.”

“Wherever their bunk is, that’s their house and that’s where their stuff is,” Lavern said. “So they don’t want guards or a lot of attention. So if you’re sick, you’d have two or three guys walking up there and telling you ‘lay there and suffer with it, because we don’t want the attention.’ ”

Sometime around Sept. 1, Lavern went to sleep with a slight cough. He woke up with a piercing headache, extreme nausea and overwhelming fatigue. He could barely muster the energy to get out of bed and use the restroom.

Though he suffers from chronic obstructive pulmonary disease, Lavern said it wasn’t worth it to ask prison staff for special medical attention. He opted to suffer as severe symptoms persisted for two weeks. His only relief came from Tylenol supplied by an acquaintance.

“It was hell,” he said. “Whatever you think how bad it could be, it was probably 10 times worse. You hear people wheezing and coughing and wondering ‘are they going to make it through the night’. Some people would be bundled up for two or three days at a time, and people would walk by and see them move a little bit to make sure they’re still breathing.”

On Sept. 17, the day Lavern said his most severe symptoms had subsided, Woodward County Health Department arrived at the prison and conducted mass testing. His test came back positive a day later.

The testing revealed the full scope of the outbreak. As of Sept. 27, 897 of 1,087 inmates at the facility had tested positive for the coronavirus, according to DOC data. Two inmates died.

“There was a guy right there in my building who went to sleep feeling real bad,” Lavern said. “They gave him an inhaler, told him to use that and they’d check on him the next day. Well, the next day he’s dead.”

Crow told reporters that corrections staff at all facilities would be required to undergo mandatory testing at least once per month, and the agency would increase surveillance testing of inmates with pre-existing conditions. Eight days later on Sept. 30, DOC indefinitely suspended inmate family visitation.

After completing the required drug treatment course, Lavern was released from Key on Oct. 13.

He spends his days at home caring for his 86-year-old mother. His joints ache constantly and his sense of taste and smell have not returned. He said he’s too weak to clean leaves out of the gutter or chop firewood. His memory is fading.

Unpaid bills and his court costs keep him up at night. He owes Rogers County thousands of dollars for the three weeks he spent inside the jail in late February and early March, and also must pay $40 a month in probation fees.

He worries about the health of his mother, who returned home from an assisted living facility after he was released from prison. He wonders if he’ll ever feel well enough to get back into truck driving, and if his probation officer will add additional restrictions to his life.

Like he did in the basement cell at Lexington and the bottom bunk at Key, Lavern continues to lean on his faith while navigating uncertain times.

“What gives me more peace than anything is picking up the Bible,” he said. “In prison, the first thing I would do is pray for understanding. It helped. It gave me more comfort than anything.”