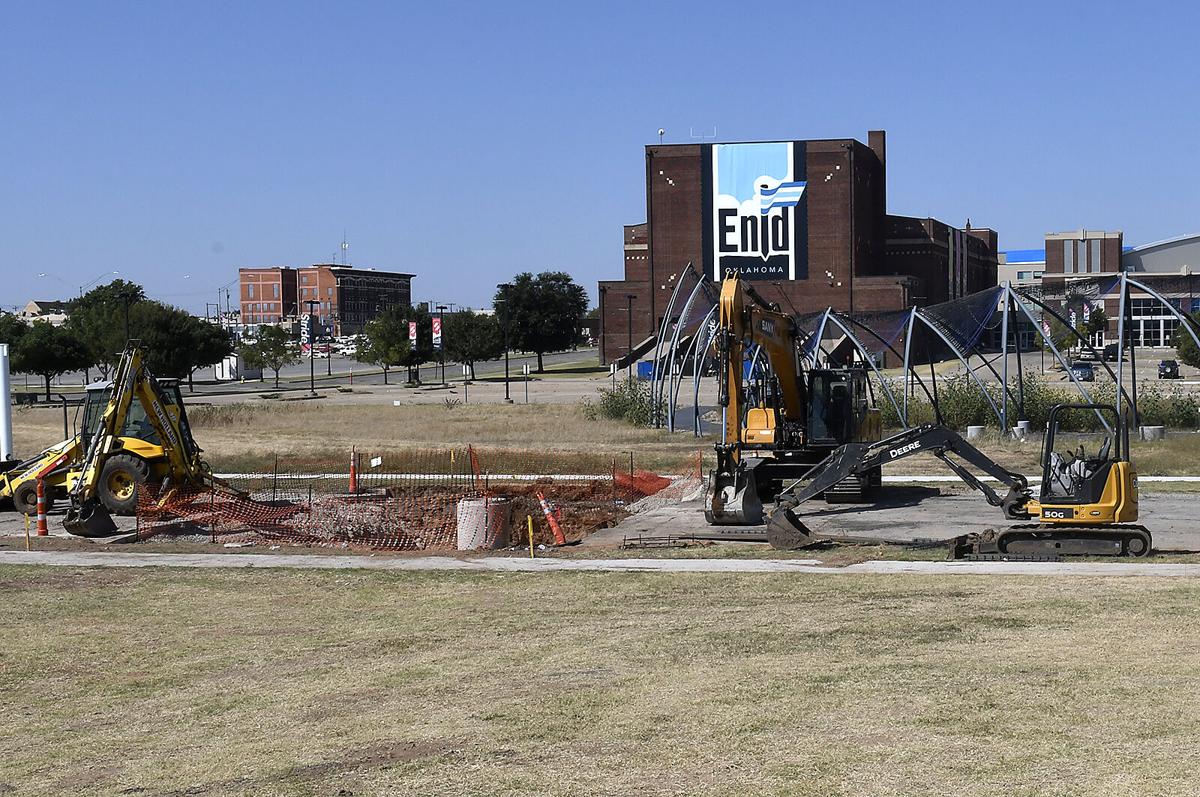 Construction equipment sits on Park Avenue on Monday, Sept. 20, 2021, at the site of work being done for The One event this fall. 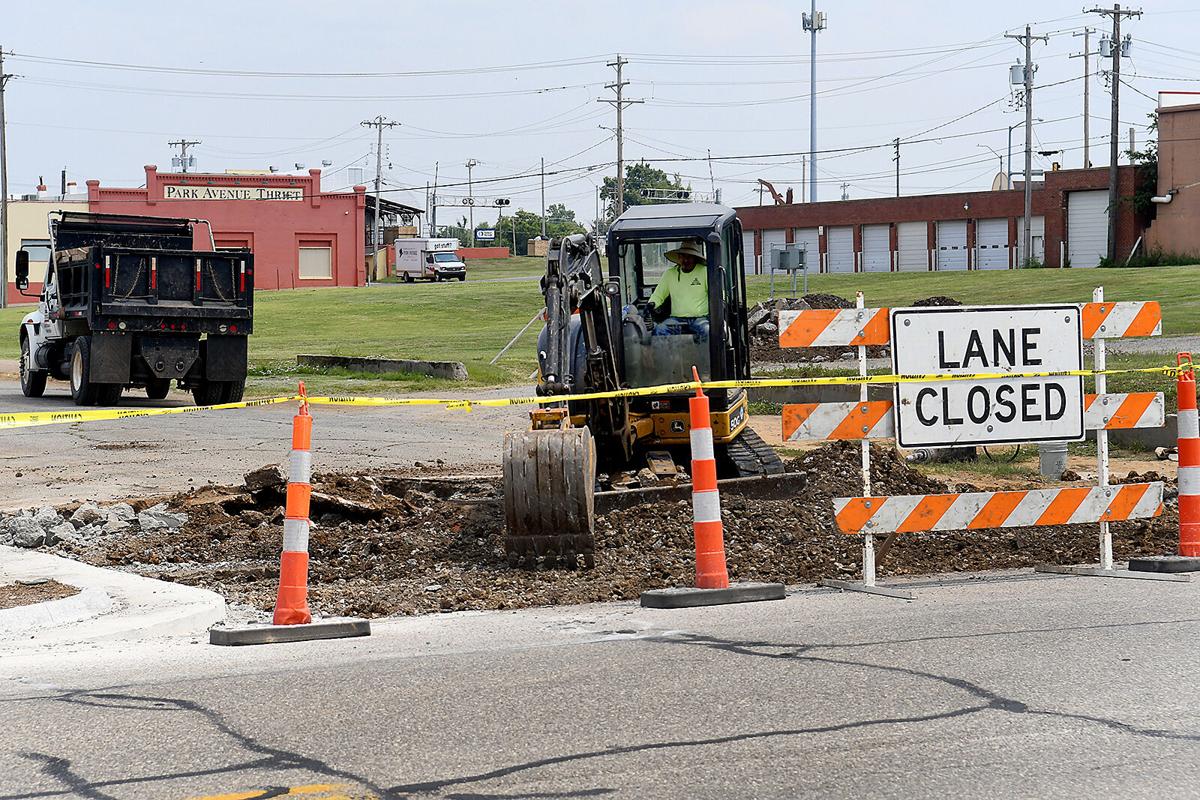 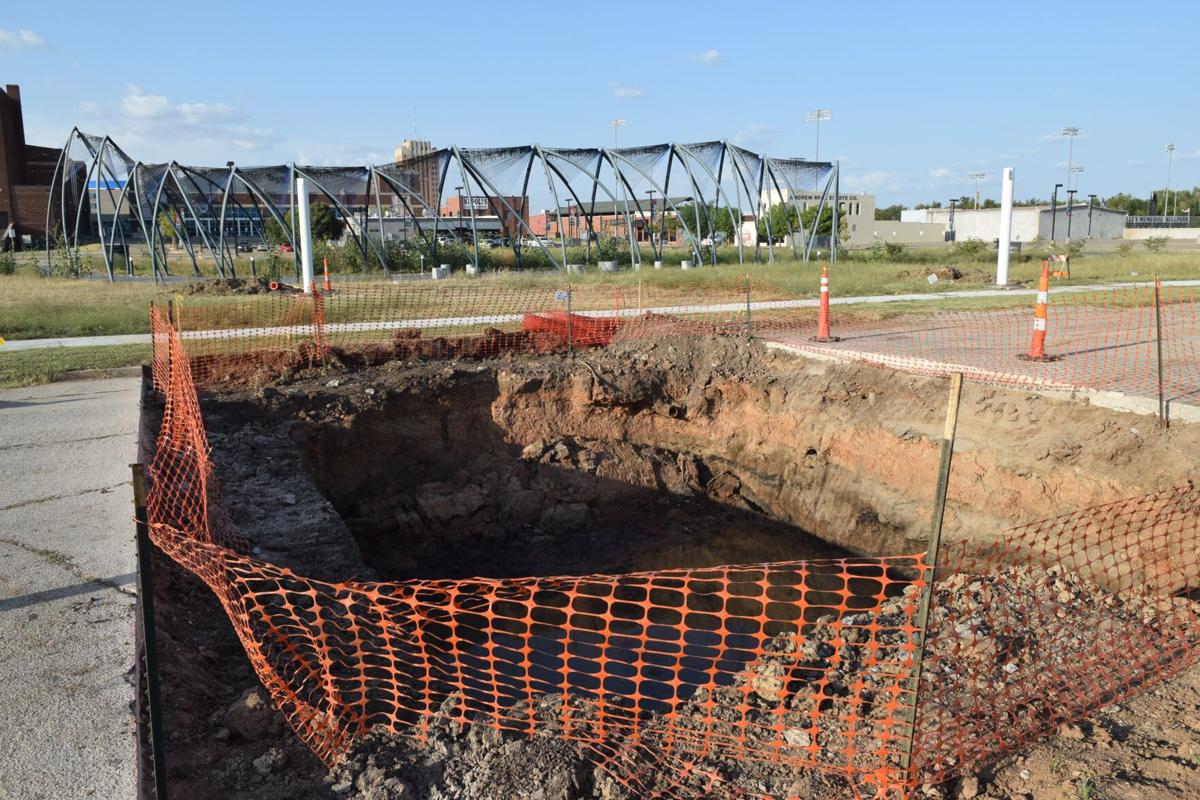 A receiver well for the Christ Tree is shown under construction Tuesday, Sept. 14, 2021, in the middle of Park between Grand and Independence.

Construction equipment sits on Park Avenue on Monday, Sept. 20, 2021, at the site of work being done for The One event this fall.

A receiver well for the Christ Tree is shown under construction Tuesday, Sept. 14, 2021, in the middle of Park between Grand and Independence.

ENID, Okla. — The city of Enid says the area of Park Avenue being developed between Grand and Independence can support a wide range of non-commercial activities for many years, contrary to claims the city was violating the Constitution by using taxpayer funds specifically for The One religious Christmas event series.

Enid City Commission on Tuesday will consider a resolution making the 100 block of Park an official public forum specifically for the full exercise of First Amendment rights, as well as creating a new permitting process for non-commercial events held in the space.

The resolution appears to be an attempt to counter a legal nonprofit’s recent request that the city cease infrastructure work on Park — including excavating a 10-foot-deep hole for a Christmas tree in the middle of the street — where The One will take place later this year.

All residents would be able to use the venue, according to the resolution (as already is guaranteed in any public space owned by the city of Enid under the U.S. Constitution).

As proposed by the resolution, promoters of “non-commercial, free speech events that are sponsored by businesses or institutions” would be able to apply for either the city’s general special events permit or the newly proposed First Amendment waiver.

Attorneys say the Christ Tree probably could pass legal muster as a temporary event, especially in its first year, but there could be heightened potential for legal issues if some variation of the event continues with city involvement in the future.

The chief of Enid Police Department may issue a “First Amendment Limited Use Waiver” to close Park for a few hours, then ensure the removable bollard poles are put in place on either side of the block and taken down after.

Events organized by a few individuals or a grassroots group could benefit from the “streamlined” permitting process for the Park venue, according to the city — particularly if many visitors are expected or if planning is long-term.

The One is set to debut Nov. 26 as part of Enid Lights Up the Plains, with numerous free, religious Christmas events planned through New Year’s around the 140-foot Christ Tree in the middle of Park, which will be closed off to traffic.

Commissioners will consider adding the proposed waiver to the current ordinance in city code on obstructing streets and sidewalks, which includes the city’s general First Amendment exercise waiver process.

The city also holds that along with providing the venue for all residents wishing to express their First Amendment rights, the creation of the specific forum space would benefit Enid’s economic development.

“The announcement of The One and the stated objective of the family of Kyle Williams in bringing the Tree to Enid that of celebrating the birth of Christ is not a purpose that the City can contribute to because it supports one religion,” Lahman wrote in the agenda item’s background. “While formally sponsoring The One is not appropriate, permitting the event to take place at the site is appropriate and consistent with the purposes for which the site is being developed.”

Last week, the legal nonprofit Freedom From Religion Foundation asked the city commission to cease infrastructure work for and promotion of the event, arguing that Enid was violating the First Amendment’s establishment clause that ensures separation of church and state.

“When a city promotes and expends $150,000 of taxpayer funds in order to support a religious structure and multiple worship events, reasonable citizens will interpret this as government endorsement of religion,” FFRF staff attorney Christopher Line wrote.

The commission also will vote Tuesday to dedicate a quarter million dollars to fund the infrastructure improvements on the 100 block of Park.

The $250,000 in general fund transfers would fund the street work because the city didn’t budget for the area’s capital improvements last year, according to city engineers.

The city so far has spent nearly $170,000 for infrastructure work to the block.

Commissioners will vote to approve another change order to EMC’s Meadowlake project contract on Tuesday, this time for $69,901.05. The change order item did not include line-item costs, unlike an initial order from July.

Then, commissioners approved an initial change order of $97,305 — nearly half of which paid for 5-inch concrete sidewalks on Park — for EMC Services’ contract for the Meadowlake Park low-water crossing.

This change order was done, according to the city, because the work would move more quickly than bidding it out again for sidewalks separately, in order to specifically accommodate The One project.