Sweeping actions were taken by Republican Gov. Kevin Stitt on Tuesday, March 24, 2020, to curtail the spread of COVID-19 as the number of cases and deaths continued to tick upward. As of Tuesday afternoon, 106 total cases in addition to three deaths were confirmed. 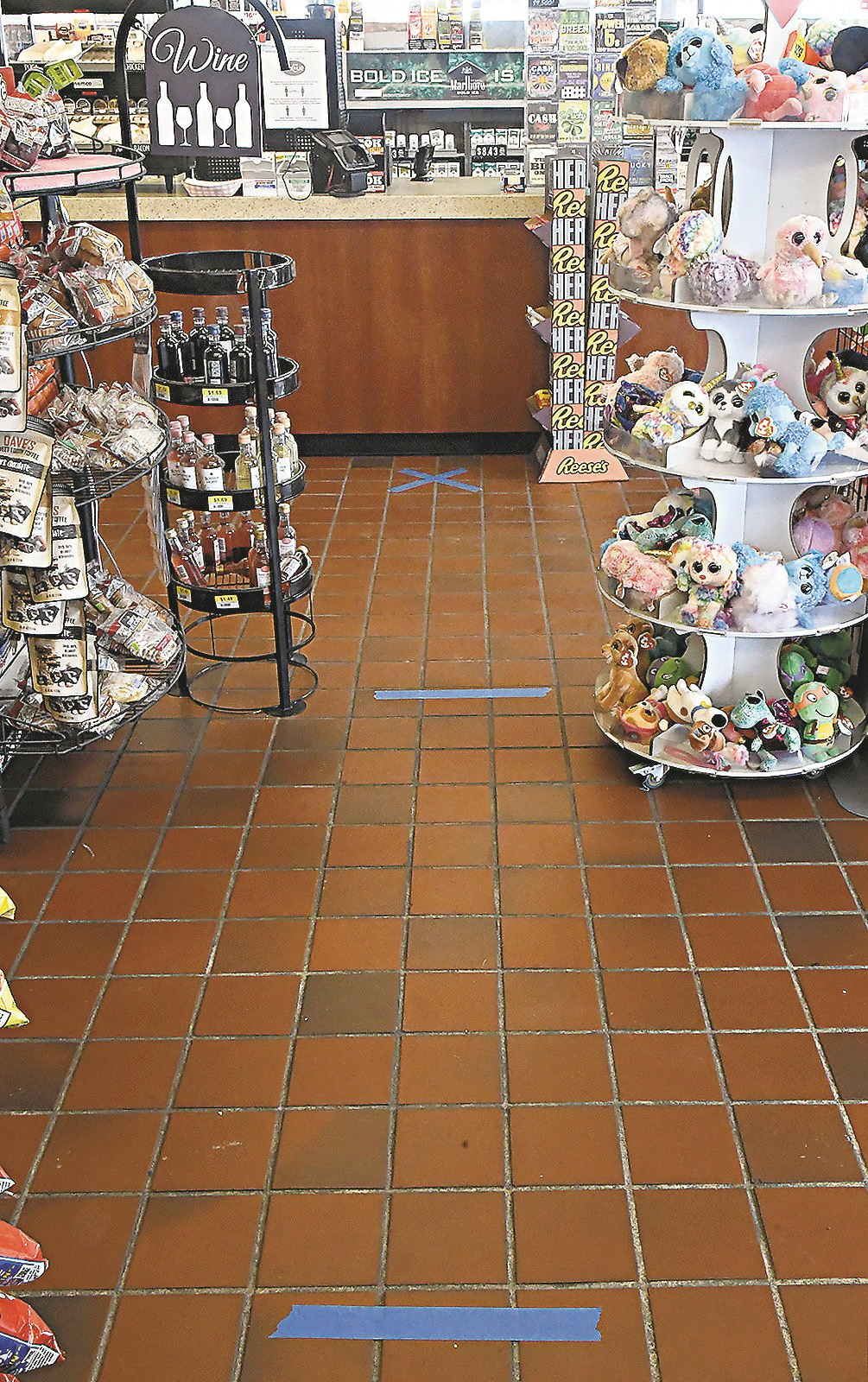 OnCue on South Van Buren has put down tape showing customers where to stand to maintain social distancing with other customers. (Billy Hefton / Enid News & Eagle) 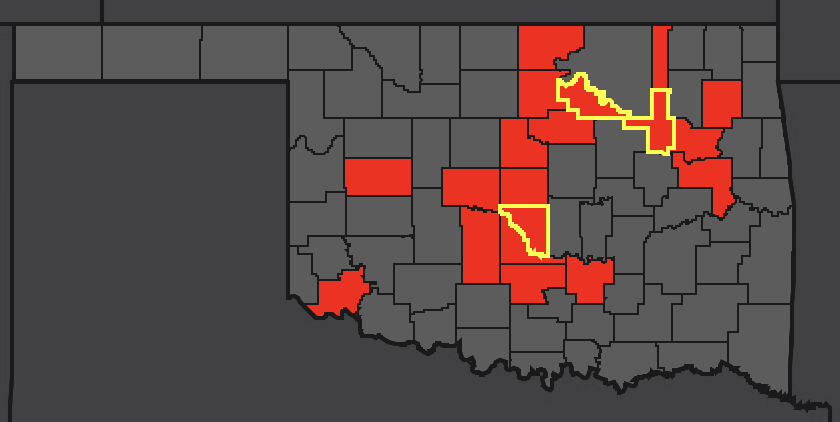 OnCue on South Van Buren has put down tape showing customers where to stand to maintain social distancing with other customers. (Billy Hefton / Enid News & Eagle)

OKLAHOMA CITY — All non-essential businesses in 19 counties must close by the end of Wednesday, Oklahoma’s governor announced Tuesday.

The closures are part of a series of sweeping actions taken by Republican Gov. Kevin Stitt on Tuesday to curtail the spread of COVID-19 as the number of cases and deaths continued to tick upward. As of Tuesday afternoon, 106 cases and three deaths were confirmed.

OSDH: Deaths up to 3 as positive COVID-19 cases jump to 106 in Oklahoma

Three persons who have tested positive for the coronavirus COVID-19 in Oklahoma have died as the number of cases jumped to more than 100 in the state, according to the latest figures Tuesday morning from the Oklahoma State Department of Health.

Stitt also banned all gatherings of 10 or more people statewide and ordered all elderly and vulnerable Oklahomans to stay home until April 30 except for essential travel like going to the grocery store or pharmacy. He suspended for 14 days all elective surgeries and minor medical procedures and any non-emergency dental procedures in an effort to preserve medical supplies. To protect elderly, he’s forbidding visitation to nursing homes and long-term care facilities until further notice.

Stitt said modeling and prediction of the virus indicates the state is poised to have a spike of COVID-19 cases that outstrips the capacity of the health care system. He said he believes there are at least 500 cases already in the state even though the confirmed case numbers are much lower. The number of cases quickly will reach the thousands, he said.

He said his efforts are aimed at minimizing the spread and maximizing prevention efforts.

“If we take no measures at all, the cases will outpace the capacity of our health care system,” Stitt said. “We needed time to get testing down throughout the state to make sure we can isolate and quarantine and know where the outbreaks are.”

Some businesses impacted by the closure order include gyms, theaters, massage parlors, dine-in portions of restaurants, barbers and tattoo shops.

He also said two hospitals in the state will be dedicated to treat Oklahomans hospitalized from the coronavirus. Details on those facilities would be released in the coming days, he said.

Stitt’s move came after 15 Oklahoma medical groups, which represent thousands of health care workers, sent a letter Monday to Stitt urging him to take “more aggressive, proactive efforts” to curb the spread of the disease.

Dr. Kayse Shrum, who serves as the state secretary of science and innovation, said she believed the actions would be embraced by the health care groups because it will mitigate transmission, allow the state to ramp up testing capabilities, plus expand existing hospital infrastructure and preserve for hospital workers protective equipment, which is short supply.

“We have asked for shelter in place. And we feel like this isn’t quite far enough,” said Jennifer Dennis-Smith, a spokeswoman for Oklahoma State Medical Association.

With the ongoing severe testing shortages, Virgin said even if most counties haven’t officially had a confirmed case, there’s probably one that hasn’t been tested or others where results are pending.