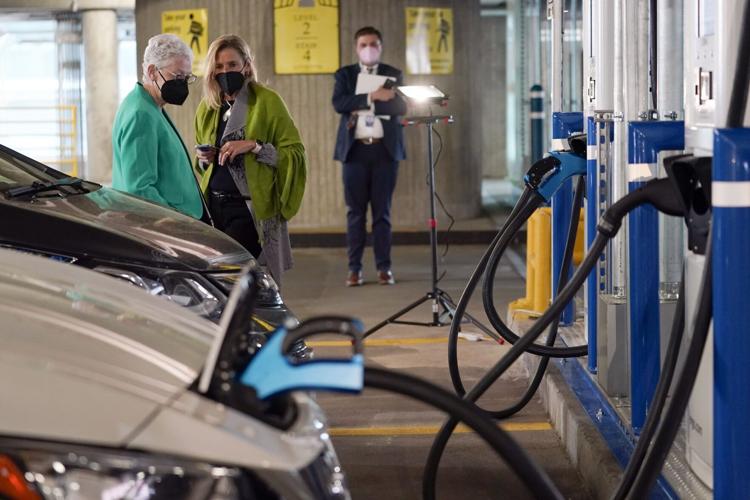 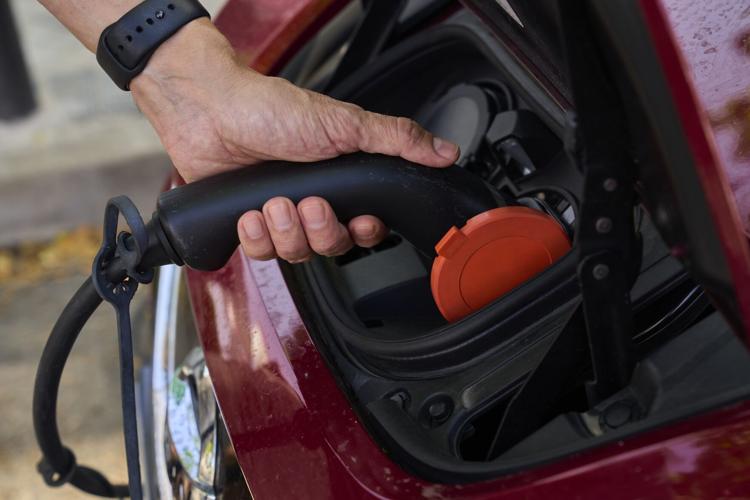 A man charges his electric car at an electrical charging point in Rivas Vaciamadrid, Spain, June 15, 2021.

A man charges his electric car at an electrical charging point in Rivas Vaciamadrid, Spain, June 15, 2021.

OKLAHOMA CITY — The recent announcement about Oklahoma landing a new electric vehicle (EV) manufacturing plant is confirmation that the state is poised to be a potential big player in the EV market space, Oklahoma Commerce Director Brent Kisling believes.

Canoo, a Los Angeles-based company, plans to build its first manufacturing plant in Pryor, bringing more than 2,000 jobs to the area, state officials announced Thursday. Kisling said that there is $15 billion of electric auto manufacturing investment in the pipeline looking at Oklahoma. Arkansas, Texas and New Mexico also are potential markets for these manufacturing plants, he said.

Kisling said the Canoo announcement shows the state is a serious contender for these developments and “at least gets us a toe in the water.”

He also said he’s been on the phone with those manufacturers since the Canoo announcement on Thursday.

“They’ve noticed the announcement,” he said. “We are working with every major auto brand you’ve heard of. There is also a lot of new companies getting into this space, so that opens up a lot of opportunities for Oklahoma.”

Kisling said every major automobile brand is moving further into the EV space, as well as new startups like Canoo.

“It’s a disruptive time in the transportation industry that allows for companies like Canoo to jump into the space and compete with the big boys,” he said.

MyEV.com — a dedicated electric vehicle platform and community that allows consumers to learn about, buy and sell electric vehicles — has named Oklahoma the No. 1 electric vehicle-friendly state in the nation. The state has also received recognition for electric-vehicle friendly policies.

“The main reason is two-fold,” Kisling said. “First, the way we tax electric vehicles is very unique among all states. The other reason is that Oklahoma is the only state in the nation where you cannot drive more than 50 miles without passing a charging station. We have that tight of a network of charging stations.”

The Legislature passed the Drive Act in 2021 in which electric vehicle owners will be assessed a tax when they update their tag each year. The assessment is based on the size and weight of the vehicle, as well as how much it is driven in the state of Oklahoma.

“Most states assess a higher-level tax than what we will,” he said. “We can charge less because we’ve added a tax at the charging stations.”

Starting in November, Oklahoma also will levy a 3-cent tax per kilowatt hour to charge an electric vehicle (EV). There would be no tax for EVs that charge at home.

This concept is really no different than state taxes being added to regular gasoline fuel pumps. The EV taxes will go for road and bridge infrastructure and be apportioned to counties for deposit in the county highway fund.

A number of big players in the EV-charging space also are active in Oklahoma, including Solar Fusion, Frances Energy and many others, and more EV charging stations are being added in the state, Kisling said.

Recycling and rehabilitating EV batteries is another major component of EV growth in Oklahoma, Kisling said.

Spiers New Technologies, a Dutch-based company with facilities in Oklahoma City, is considered a groundbreaking pioneer and leader in rehabbing and recycling the massive battery packs that power electric vehicles. The company recently built a new facility close to Tinker Air Force Base.

“It is the largest company in the world for rehabilitation and recycling of auto batteries,” Kisling said. “It’s one of the fasted-growing companies in Oklahoma.”

He said many of the batteries from EVs are rehabbed to go into charging stations.

Kisling said the original connection between Canoo and Oklahoma came through former U.S. Sen. Don Nickles, who knew some Canoo board of director members.

“That’s where our conversation started,” Kisling said. “He just happened to know of some people on the board and heard they were looking for a manufacturer (location).”

Kisling said he knows many Oklahomans have connections all over the country and the world, and he believes they can be ambassadors for economic development in the state.

“When you have Oklahoma citizens when they hear of something to provide a warm introduction and say ‘have you considered Oklahoma?’ That’s how you get to announcement of 2,000 jobs coming to the state and hundreds of millions of dollars of investment,” he said.