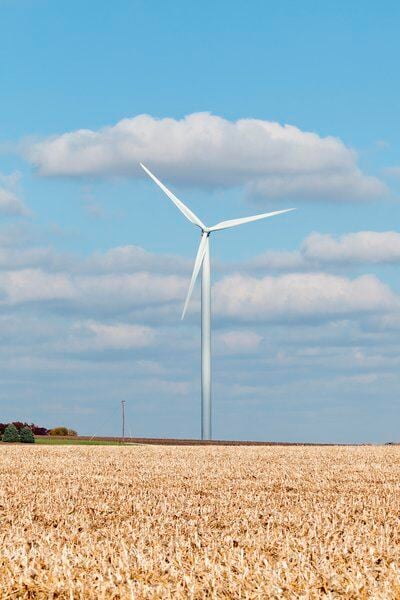 Invenergy LLC is set to begin constructing wind turbines, similar to this one near a wheat field, this fall in Maverick Wind Energy Center in eastern Major County. 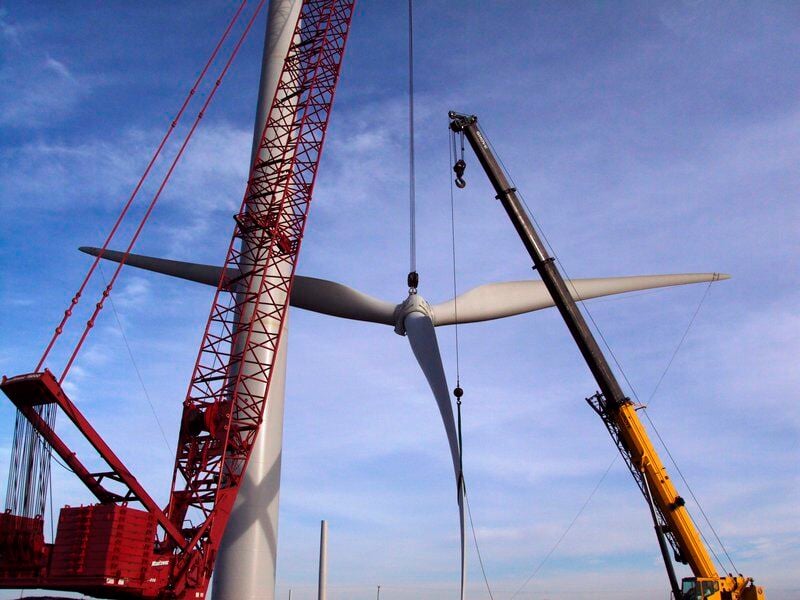 Invenergy LLC crews erect a wind turbine similar to those set for construction this fall through 2021 in eastern Major County in Maverick Wind Energy Center. 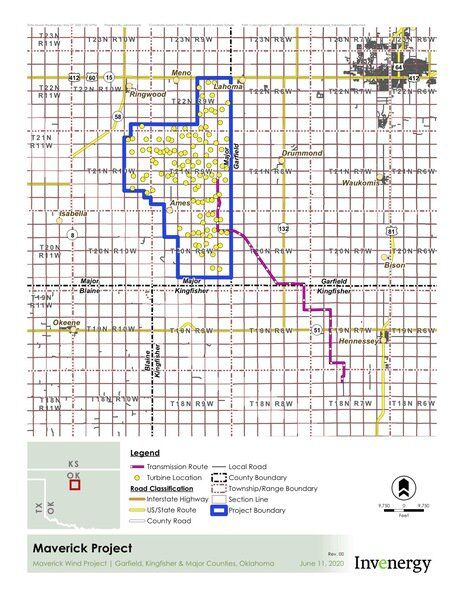 Invenergy LLC is set to begin constructing wind turbines, similar to this one near a wheat field, this fall in Maverick Wind Energy Center in eastern Major County.

Invenergy LLC crews erect a wind turbine similar to those set for construction this fall through 2021 in eastern Major County in Maverick Wind Energy Center.

RINGWOOD, Okla. — Developers are nearing the construction stage of Maverick Wind Energy Center, a wind farm to be built in eastern Major County.

Maverick is planned to be built on 55,000 acres of land, beginning south of U.S. 412 between Ringwood and Lahoma, and running south to the Kingfisher County line. Transmission line construction will run into both Kingfisher and Garfield counties.

Construction of the project's 103 turbines, pads and roads will require about 150 workers, and nine full-time operations and maintenance workers after the project is complete.

More than 200 landowners have signed lease agreements for the turbines and transmission lines, Brumit said, and Invenergy is finishing required environmental surveys and engineering plans.

Another hurdle is clearance from Federal Aviation Administration and the Air Force, to ensure the wind farms do not encroach on military airspace and training routes — a process which delayed construction of NextEra Energy's Skeleton Creek project for about a year.

Brumit said Invenergy submitted its plans to the FAA for approval in April, and the company has since been working closely with the command team at Vance Air Force Base.

"We have been working very closely with Vance," Brumit said, "and we are very hopeful for a positive outcome."

The Oklahoma Legislature in 2019 passed legislation requiring that a Determination of No Hazard and mitigation plan for any adverse impacts to military airspace must be submitted to Oklahoma Corporation Commission and Oklahoma Aeronautics Commission before wind turbine construction starts.

"All of the developers are now following the process," Cooper said, "and those early and frequent discussions help everybody involved come to the right answer.

"Ultimately, what we want to see is for wind power and renewable energy to be developed in Oklahoma," Cooper said, "while also protecting our most valuable military strategic asset, which is our airspace."

Maverick is part of a larger, three-part construction plan, dubbed the North Central Energy Facility, that includes the 199-megawatt Sundance wind farm, planned to start construction this fall in Woods, Major and Alfalfa counties, and the 999-megawatt Traverse wind farm, set to build in 2021 in Custer, Blaine and Kingfisher counties.

Invenergy purchased Maverick from Tradewind Energy, now Enel Greenpower, in March 2019. While Invenergy is developing Maverick, Sundance and Traverse, Brumit said American Electric Power (AEP) has committed to buying all three wind farms, with a 10-year contract for Invenergy to manage the facilities.

AEP, in turn, has plans to sell the energy to Public Service Co. of Oklahoma, for Oklahoma customers, and to Southwestern Electric Power Co., for customers in Texas, Arkansas and Louisiana.