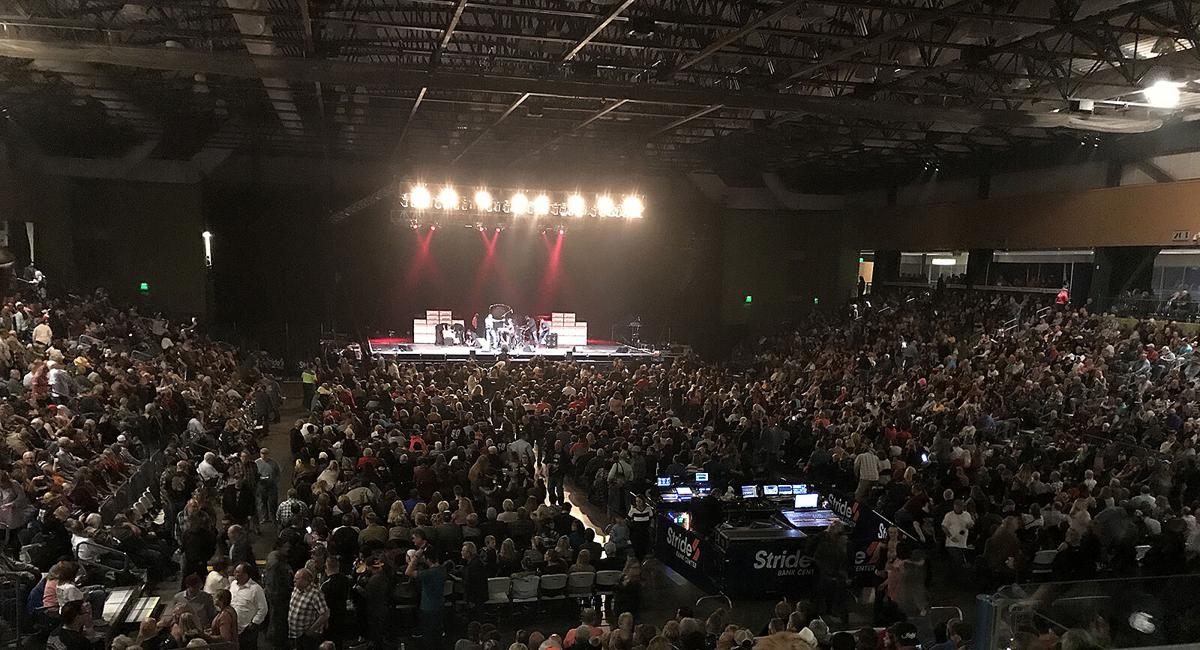 Crowds gather in close quarters between acts at the ZZ Top concert at the Stride Bank Center Nov. 6, 2019, prior to COVID-19. The center now is restarting its promotions and offerings in a “new normal” world of a pandemic. (Billy Hefton / Enid News & Eagle) 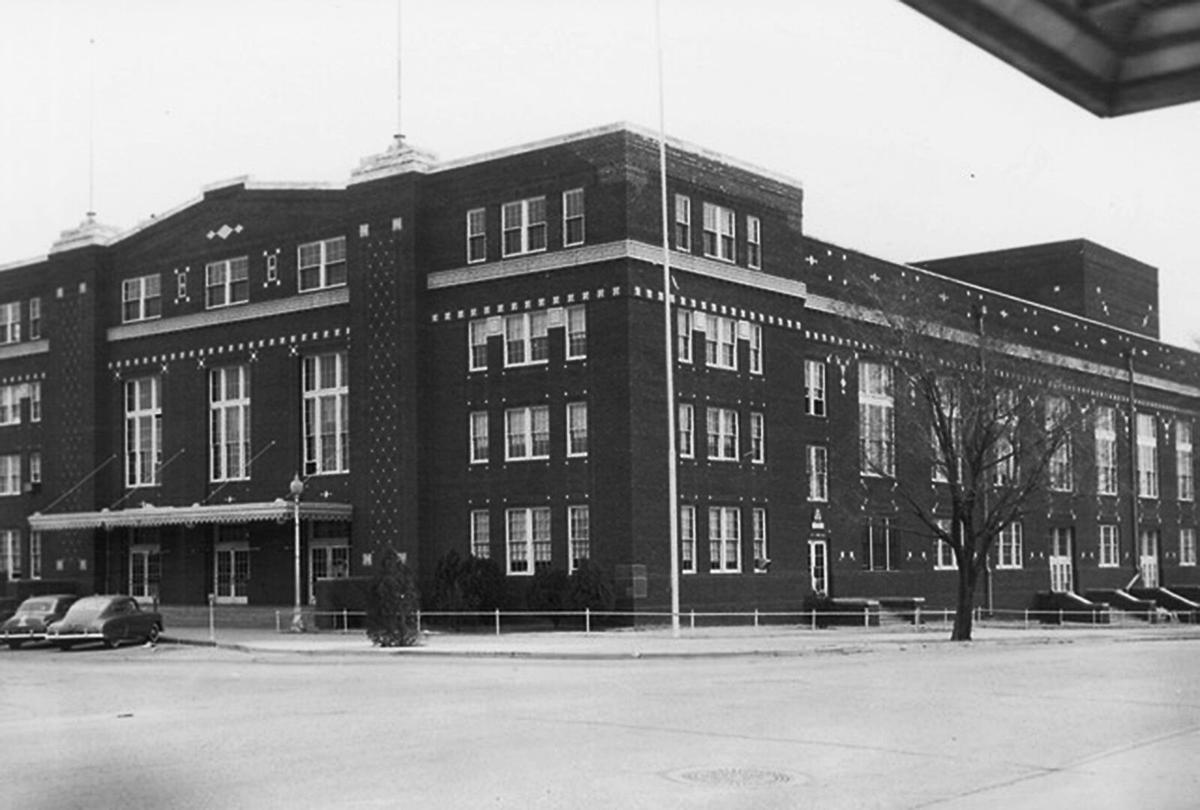 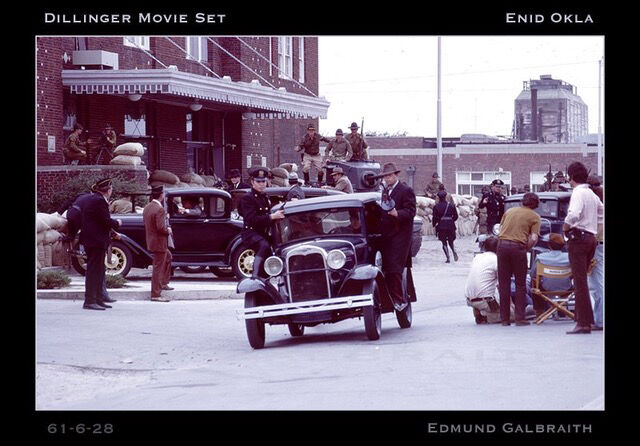 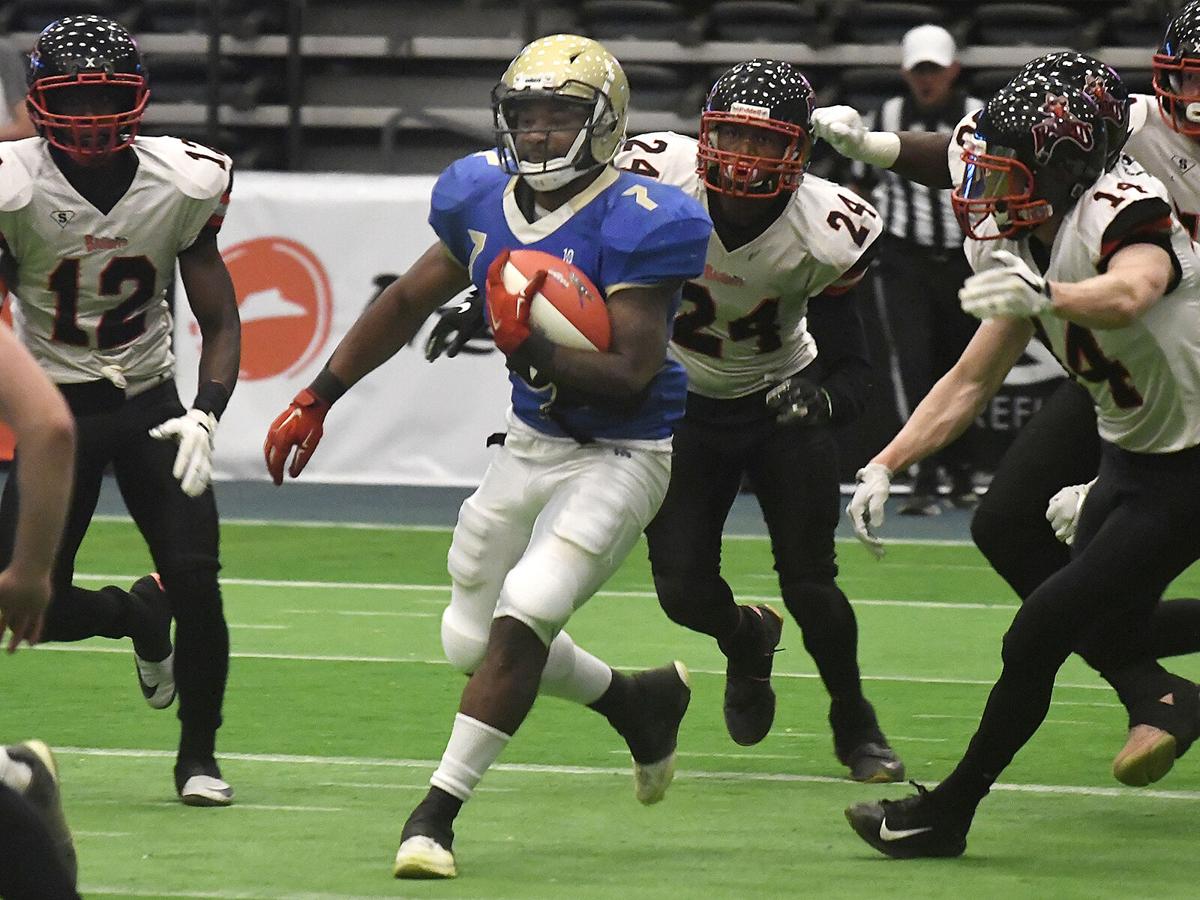 Flying Aces’ Corey Avery gets loose for yardage against Sioux City Saturday, June 15, 2019, at the Stride Bank Center. Arena sports is expected to make a comeback at the center this year after it was shut down in 2020 due to COVID-19. (Billy Hefton / Enid News & Eagle) 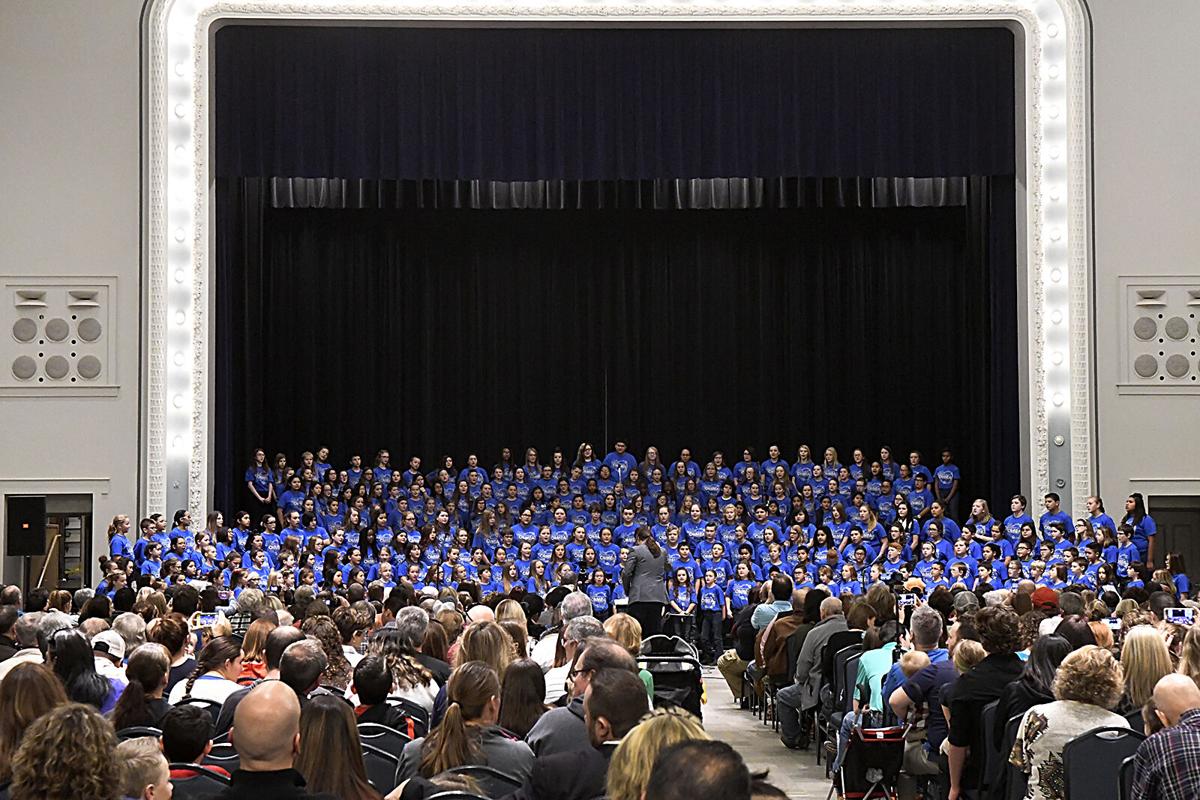 The choir performs during the 2017 Region B Circle the State with Song Choral Festival Jan. 10, 2017, at the Convention Hall inside the Central National Bank Center. (Billy Hefton / Enid News & Eagle) 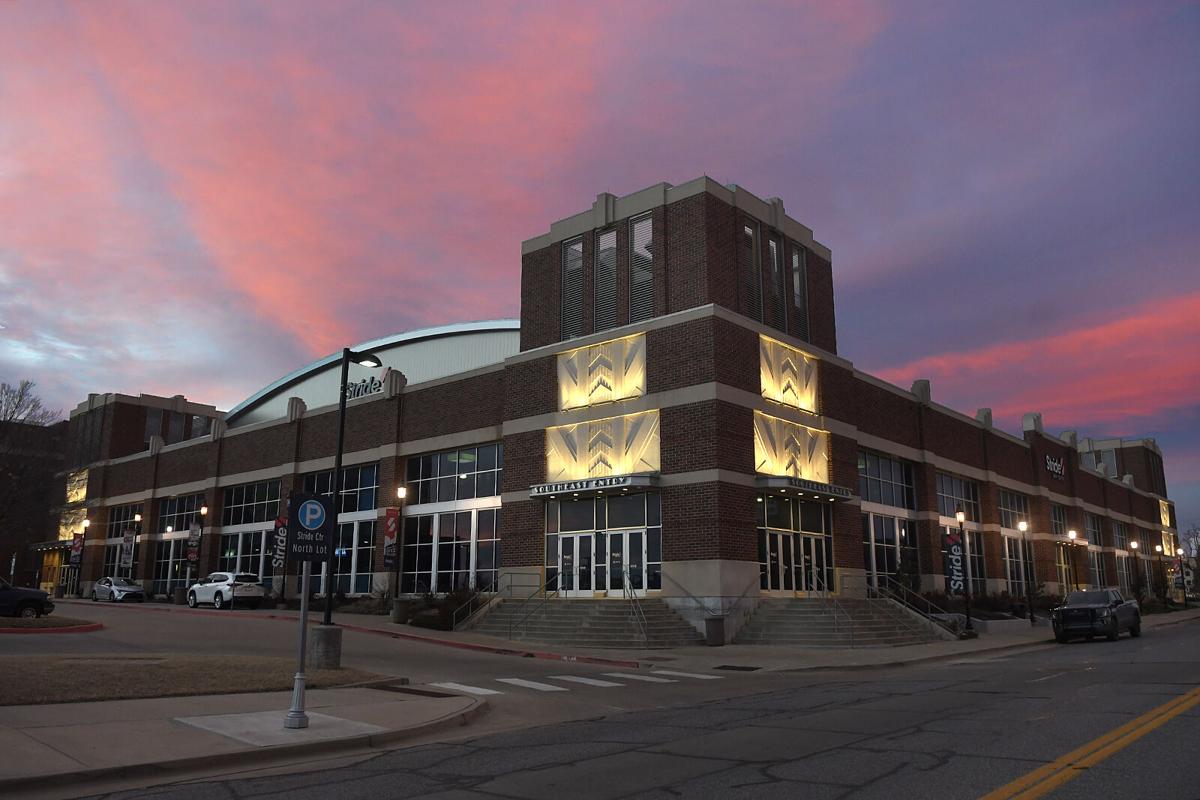 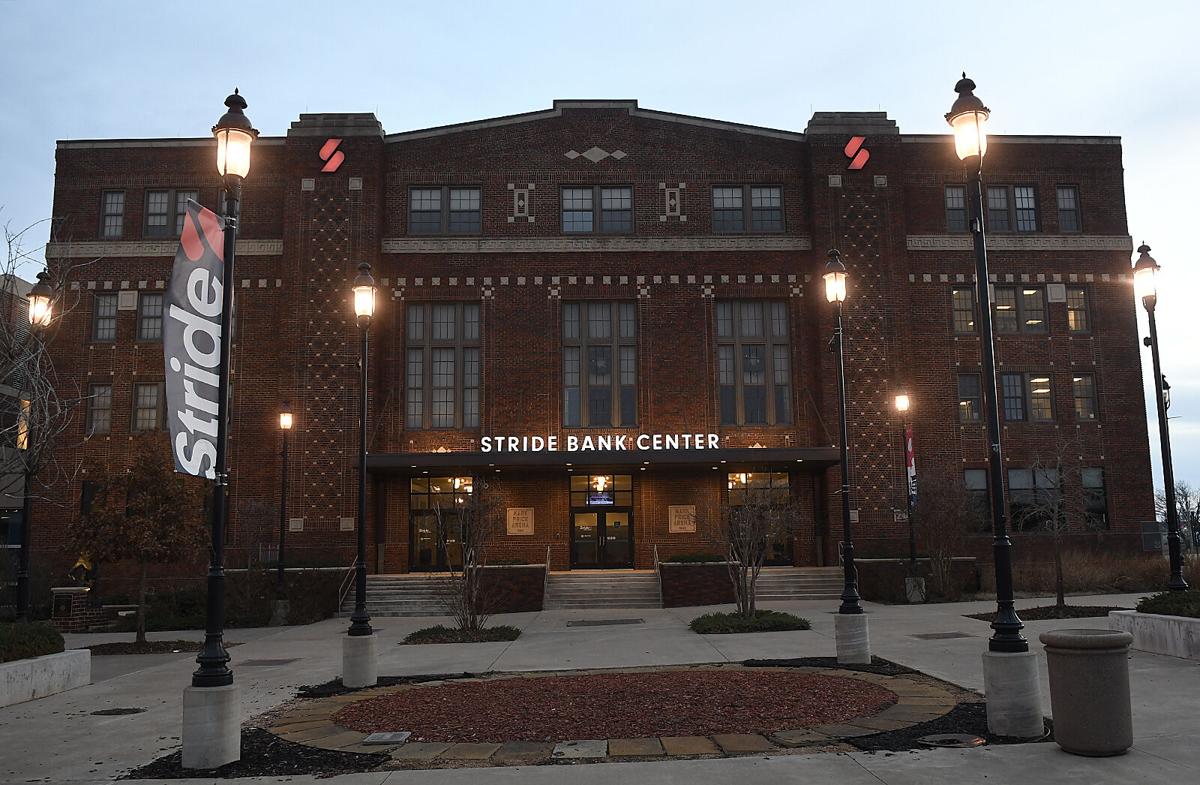 Crowds gather in close quarters between acts at the ZZ Top concert at the Stride Bank Center Nov. 6, 2019, prior to COVID-19. The center now is restarting its promotions and offerings in a “new normal” world of a pandemic. (Billy Hefton / Enid News & Eagle)

Flying Aces’ Corey Avery gets loose for yardage against Sioux City Saturday, June 15, 2019, at the Stride Bank Center. Arena sports is expected to make a comeback at the center this year after it was shut down in 2020 due to COVID-19. (Billy Hefton / Enid News & Eagle)

The choir performs during the 2017 Region B Circle the State with Song Choral Festival Jan. 10, 2017, at the Convention Hall inside the Central National Bank Center. (Billy Hefton / Enid News & Eagle)

ENID, Okla. — 2020 may have thrown a curveball with COVID-19, but 2021 promises to be an exciting year for Enid’s Stride Bank Center, Kevin Boryczki, general manager, predicts.

“We learned a lot last year, including better practices on how to do things (during a pandemic),” Boryczki said.

As the nation essentially came to a halt in mid-March 2020, so did the event center. The last major event prior to the COVID-19 pandemic shutdown was Harlem Globetrotters on March 12.

“No one could have seen it coming,” Boryczki commented, adding he and his staff didn’t realize at the time how dire the impact would be, with eventual forced postponement of events indefinitely. The center shut down in April and May.

“We went from 60 scheduled events to zero overnight,” Boryczki said. “We went from being busy every day to doing nothing.”

But he said the staff made the best of the situation. They used those two months to prepare for reopening the event center to the public.

Looking to a ‘new normal’

Mindset had to change, Boryczki said. Whereas customer service was the priority before, safety was now the priority.

“The motto became ‘safety first’,” he said. They had to get strict rules in place to ensure a safe environment for clients and customers.

“It was like starting at step one again and working our way up,” Boryczki said. He has been serving as the event center’s general manager for the past five years. The staff, he said, learned in 2020 how to be patient and adapt.

“Minute-by-minute changes as we continue to learn about COVID and how to move forward as we get to the ‘new normal’,” Boryczki said.

Learning to be ‘flexible’

Stride Bank Center reopened its doors in June 2020 with small events such as civic meetings before hosting slightly larger events in the fall including dance recitals and school tournaments.

And while Enid’s event center is on pace to do the same amount of events compared to past years, the number of attendees is vastly different. A single event typically would have 200 to 500 people; however, now only 20 to 50 are allowed under current safety guidelines.

“Heading into 2021, our goal is to do events in a safe manner,” Boryczki stated. This means socially distancing seats, limiting how many are at a table, requiring masks, staff serving food at the buffet or pre-packaging foods and observing a curfew per city mandate.

He added commitments and contracts have to be somewhat fluid too.

“It’s about being flexible,” he said.

Right now Boryczki is aggressively booking shows for late summer as well as even into 2023. Because even if the show has to be postponed, it’s on the schedule.

“We don’t want to miss out. Everyone else is planning ahead now,” he said.

“That’s the magic month when things should be better,” he said.

This means not only meetings and gatherings but galas and concerts, too. Rodney Carrington is slated April 10, and a number of community events are set in coming months. Hopefully, come August, Boryczki said, they’ll be rolling along with major events attracting large crowds.

Financially the city of Enid’s event center always has operated on a deficit. However, it was much tougher in 2020 since they lost three and a half months as travel was down and therefore hotel taxes — which fund the Stride Bank Center — were down, too.

“Obviously the revenue flow was not there,” Boryczki said.

The old and the new

Despite all the setbacks of 2020, Stride Bank Center’s small staff has cause for celebration in 2021.

For example, the historical Convention Hall turns 100 this year. This site has hosted big names such as Will Rogers and big Hollywood productions like “Dillinger.”

Boryczki said they’re planning to showcase the building with informative historical tours and other celebratory activities.

Another win for the Stride Bank Center is the hotel under construction next door is slated to open this month. This will pave the way for regional, state and even national conventions to be held in Enid.

“People visiting Enid … that will bring revenue to Enid,” Boryczki said. Bookings already have begun in anticipation of downtown hotel availability to have conventions as far out as 2022 and 2023.

The staff also is looking forward to the return of arena sports — Oklahoma Flying Aces football team and Enid Outlaws basketball team — as well as a spot-on national concert tours, during which music artists are expected to take the stage in person again soon.

Boryczki foresees classic rock bands making their way back to Enid as word continues to spread about the great venue. He said he’s heard performers prefer Stride Bank Center’s acoustics, and the intimate setting of 2,000 fans to that of casinos. He points to the repeat visits of Carrington, who’s coming a third time, and the Beach Boys, who’ve been here twice.

Night on the town

Compared to going to an event or concert in Oklahoma City or Tulsa, Enid has much more to offer for less, Boryczki said.

A trip to the metro means paying not only for event tickets but also gas, parking and food.

Compare that to an Enid event that provides more than 1,000 free parking spots, 10 local restaurants within walking distance and comparable ticket prices for a view in which there’s “not a bad seat in the house.”

Locals can even make it a night out on the town and get a room right next door.

Not to mention, Boryczki commented, Stride Bank Center is a community facility, and there is something for everyone.

“Enid is incredibly supportive,” he said.

To find out what’s happening at Enid’s event center, go to https://www.stridebankcenter.com/.