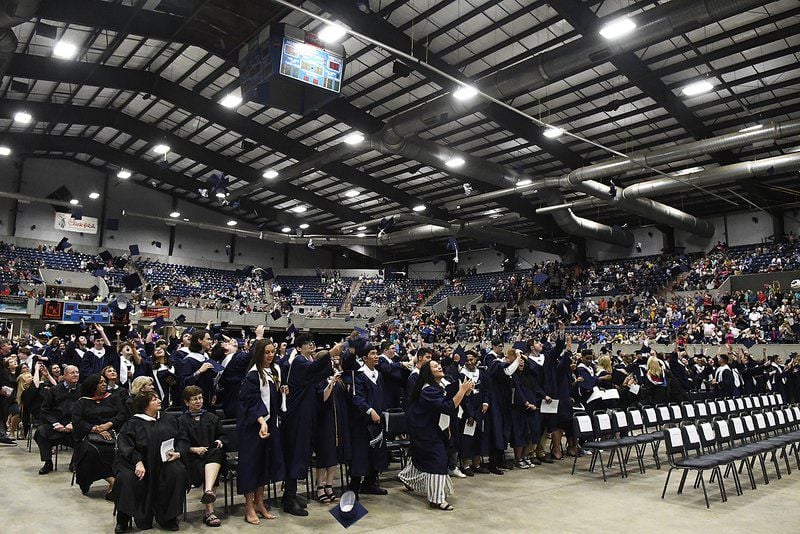 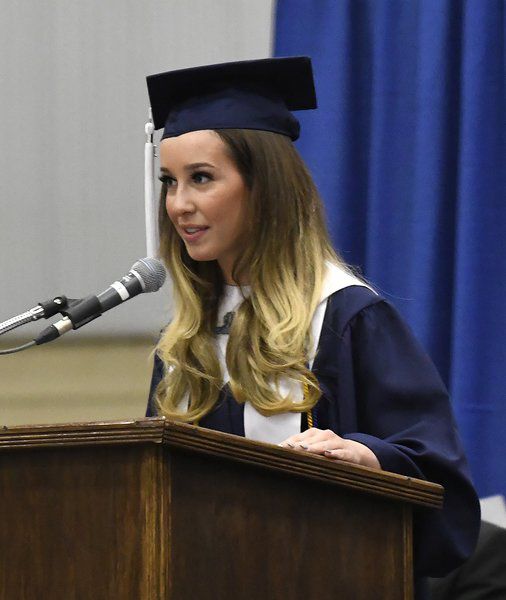 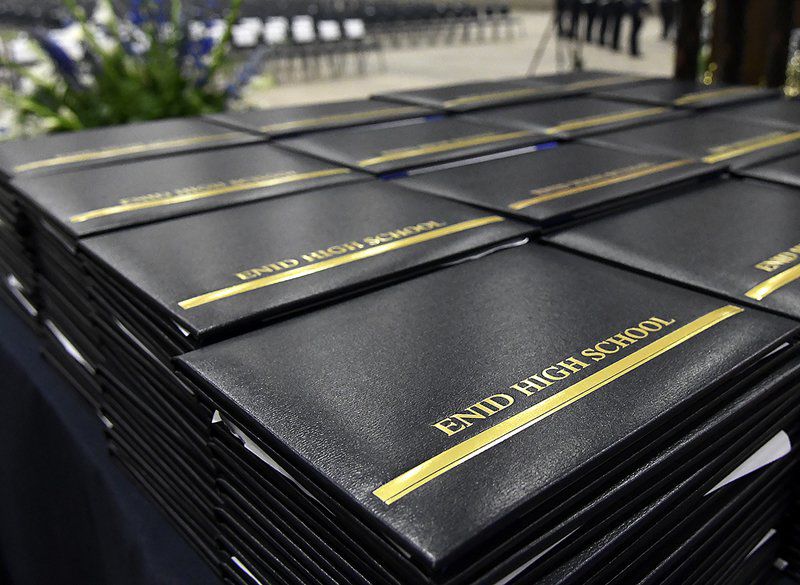 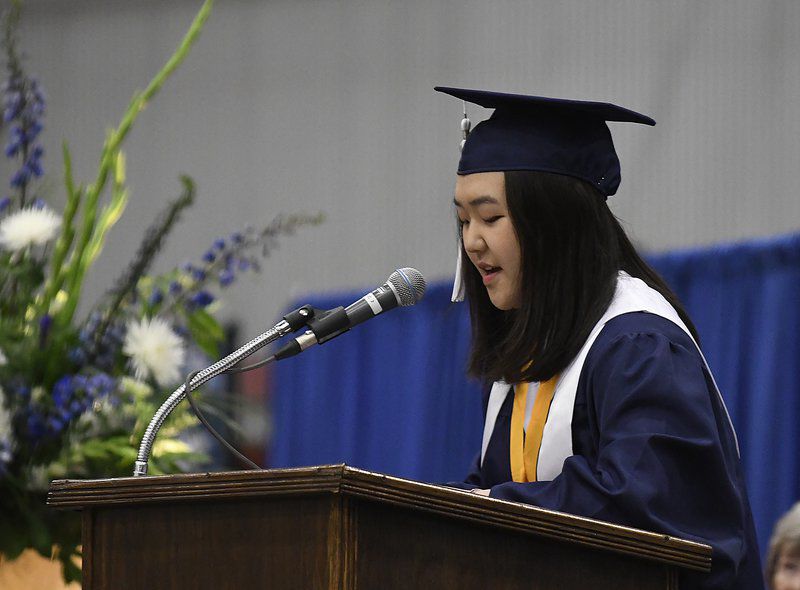 The ceremony began with a welcome from class President Brigitte Goulart. Goulart began her speech by quoting the class motto, “We’re all in this together.” Goulart talked about the opportunities awaiting the members of the class of 2019.

“We’re all so amazing and talented in our own ways,” Goulart said. “Each of us are going to do great things.”

That statement already seems to be true as Principal Dudley Darrow spoke of three specific achievements made by the class of 2019.

“We had 13 students nominated for Oklahoma Academic All-State,” Darrow said. “That’s the most we’ve ever had in a graduating class.”

In addition, Darrow said 145 students walking the stage were graduating with honors, and as a whole the class had received more than $4 million in scholarship funds.

“Everyone that supports Enid High School is proud of you,” Darrow said. “You’ve had an outstanding year, and I’m very, very, very proud of you.”

Kwan Young Kim then delivered his salutatorian address to his peers, stating he felt his class is “the best.”

“Together we’ve come a long way, but we still have a long way to go,” he said.

Kim stated he felt the graduates had their best days ahead of them, and thanked his parents for helping him get to where he is today.

Senior speaker Evelyn Enriquez followed with her address to the class. Although life most likely will take everyone in new directions, Enriquez said, “We’re here together one more time, and all in this together for all time, as Pacers and Plainsmen.”

The administration and members of the board then recognized Gracie Minji Kim, along with her 38 fellow valedictorians for their achievements of maintaining a 4.0 GPA or higher throughout their high school careers.

“I’m sure all of us are finding it hard to believe that these past four years have gone by so quickly,” Kim said during her address.

While four years may not have been enough time for everyone to fully decide on their future paths, Kim said, “this is just the beginning.”

“It doesn’t matter if you’re giving a valedictorian speech, or graduating with honors,” Kim said. “We’re all in this together.”

Kim encouraged her peers to “keep moving forward” as the class prepared to receive their diplomas.

As another year came to a close 408 students were able to experience their final moments as seniors, and celebrate with friends and family watching. Just as their motto suggests, the students began and ended their careers all together, all as one.