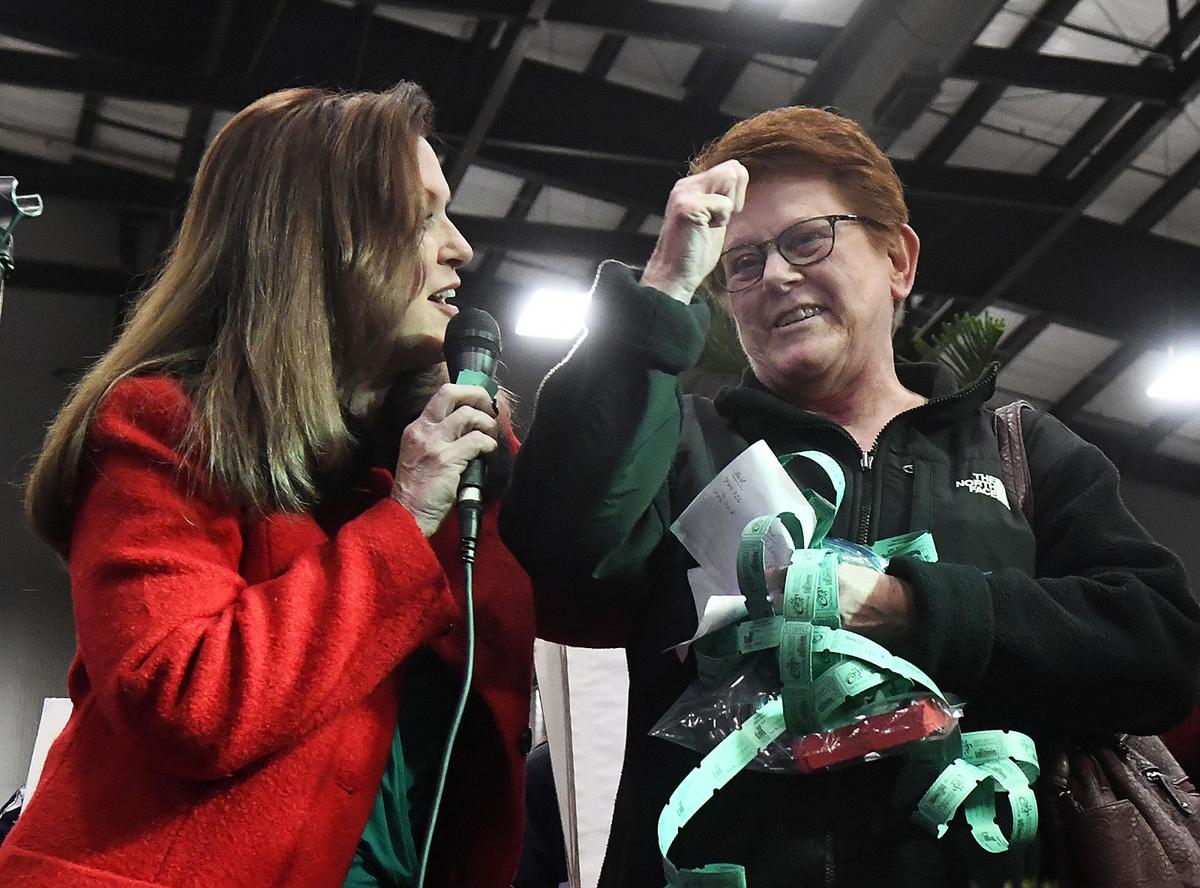 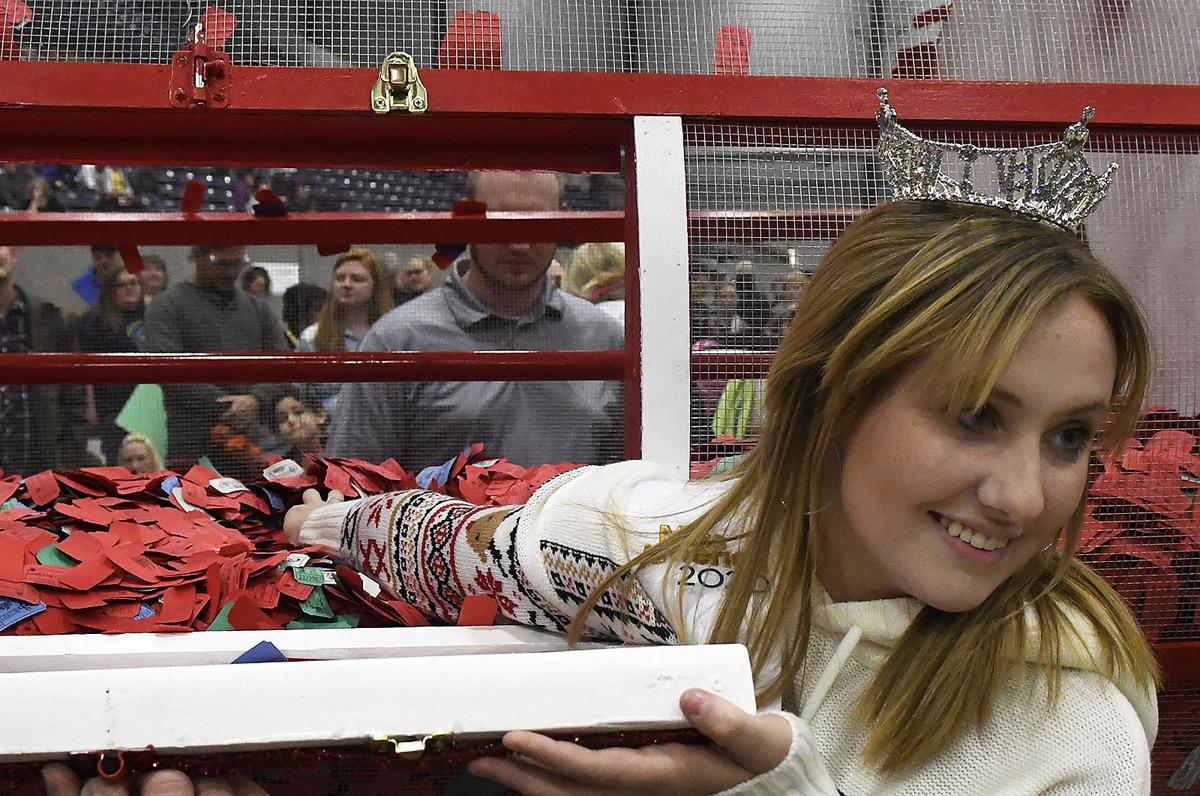 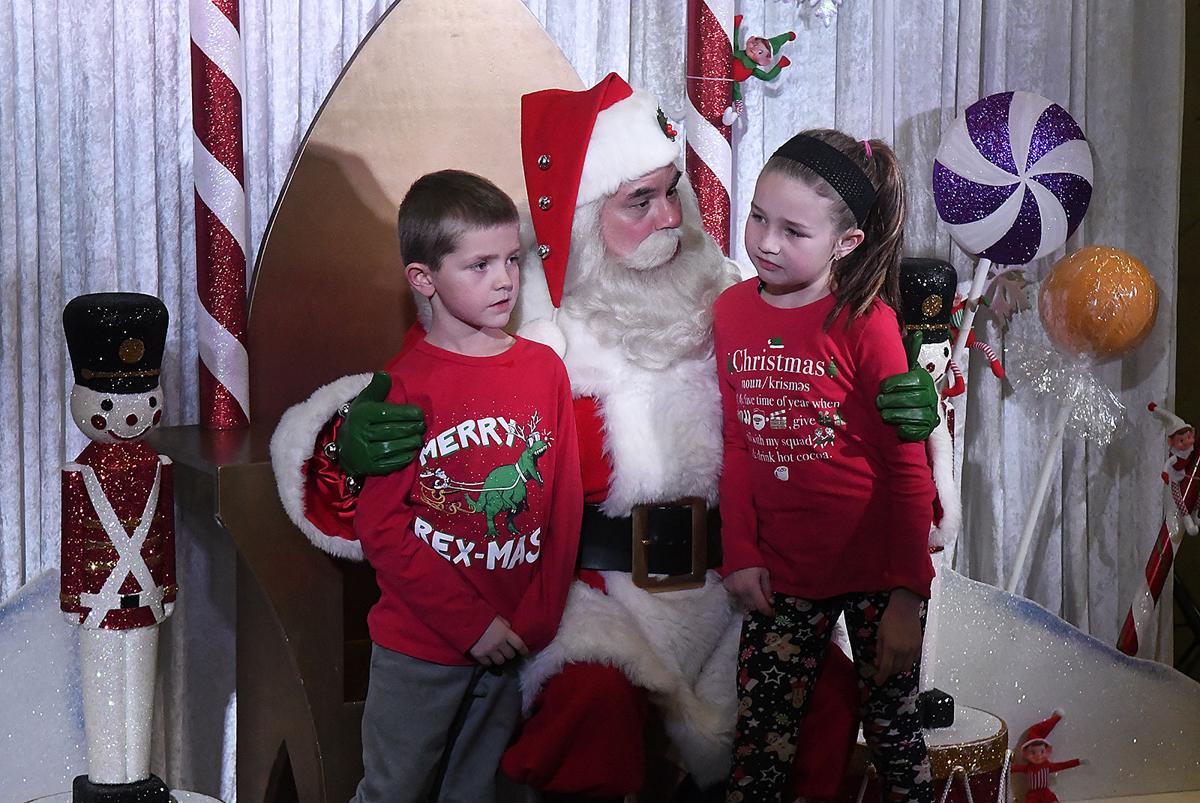 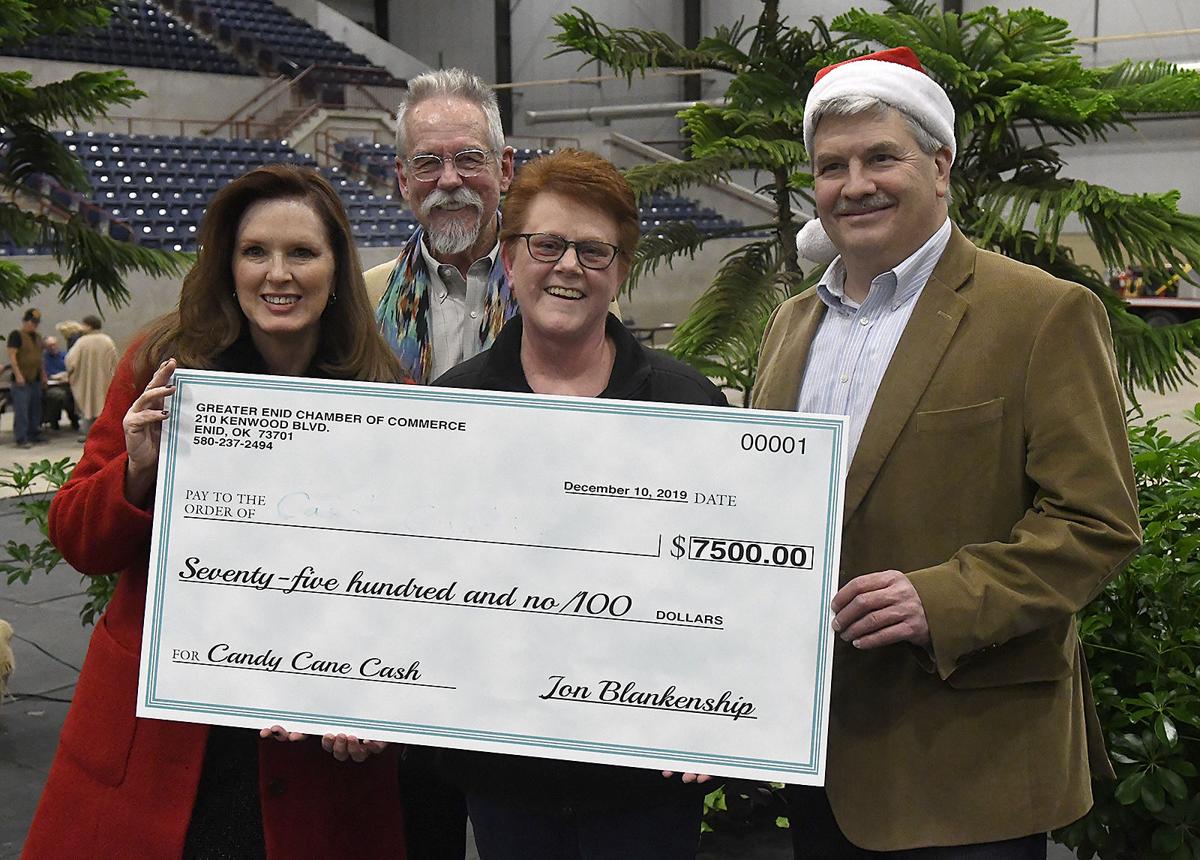 Shoppers had been collecting tickets for the drawing since late October at 36 local merchants, with one ticket granted for each $10 spent.

The grand prize winning ticket Tuesday evening was held by Carol Curtis, of Enid, who received her ticket while shopping at Garfield Furniture.

Garfield Furniture may get to see Curtis again, as she said she plans to spend her winnings on new furniture. She said this was her first year to participate in Candy Cane Cash.

"It's great," Curtis said. "I've never won anything in my life, so this is great and will make a big difference for me."

Even if she hadn't won $7,500, Curtis said she would have enjoyed the event.

The winners, as a whole, said they were happy to have some extra cash at the holiday season.

"It will make a good difference, especially at this time of year," said Candy Johnson, of Enid, who won $500 on a ticket she received at Sunridge Estates.

Lori Coleman, of Enid, who also won $500 on a ticket she received from Pearson's Natural Food Center, said her boyfriend "is probably going to get something nice for Christmas, because he's the one who brought home the ticket."

"I'm just getting started with my Christmas shopping," Coleman said, "and this is kind of going to be the reason I get it done."

Verie Layman, of Enid, said the $1,000 she won on a ticket from Garfield Furniture is "going to help take care of some things financially that we need to take care of."

Also winning $1,000, on a ticket from Sunridge Estates, was Mela Andy, who said the money will help provide a brighter Christmas for her four sons.

Rebecca Decocq, of Enid, who won $2,500 on a ticket from Save-A-Lot and plans to spend the money on gifts for loved ones, said winning "feels pretty good."

Valerie Trojan, an occupational therapist at St. Mary's Regional Medical Center who won $2,000 on a ticket from Garfield Furniture, said winning is a "pretty great Christmas present," which she plans to share with others.

"I plan to use this to bless others' lives this Christmas," Trojan said, "by giving back to the community, and to my family, my friends and my patients."

"This wouldn't be possible without a lot of the good, local stores where you shopped," Blankenship said, "and of course, those dollars are good for Enid and Northwest Oklahoma."